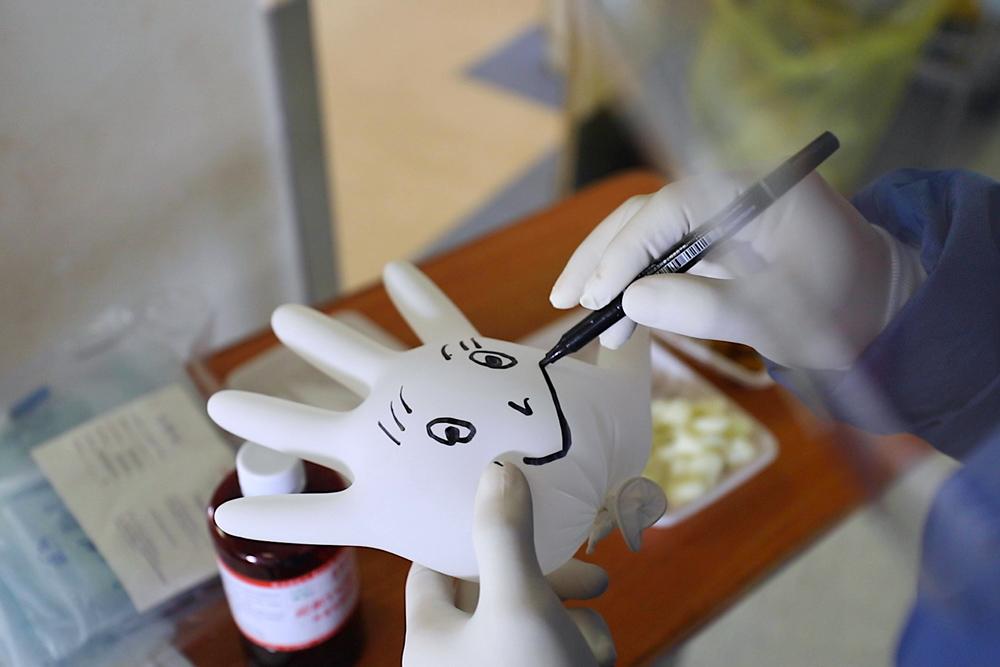 On January 23rd, 2020, China locked down Wuhan, a city of 11 million, to combat the emerging COVID-19 outbreak. Set deep inside the frontlines of the crisis in four hospitals, 76 DAYS tells indelible human stories of healthcare workers and patients who struggle to survive the pandemic with resilience and dignity.

Wu’s documentaries have received funding support from The Ford Foundation JustFilms, ITVS, Sundance Institute, Tribeca Film Institute, NYSCA and international broadcasters. His previous documentary feature, People’s Republic of Desire, about China’s live-streaming phenomenon, won the Grand Jury Award at 2018 SXSW. All in My Family, his Netflix Original Documentary Short, launched globally in May 2019. 76 Days, Wu’s latest work and the first feature documentary on the COVID-19 pandemic to play at a film festival, world premiered at Toronto International Film Festival in September 2020. Born and raised in China, Wu holds an M.Sc. degree from Brandeis University and an MBA from the University of Michigan Ross School of Business. From 2008-2011, he was a fellow at New America, a D.C.-based think tank. He is a member of the Documentary branch of the Academy of Motion Picture Arts and Sciences.

Jean Tsien is a veteran documentary editor, executive producer, and consultant. Her editing credits include the 2001 Academy Award nominee, Scottsboro: An American Tragedy, three Peabody Award-winning films, and the 2020 Primetime EMMY for Best Documentary The Apollo. Tsien was the executive producer and editor for Plastic China, winner of 54th Golden Horse Award for Best Editing. She also executive produced People’s Republic of Desire, winner of Grand Jury Award at the 2018 SXSW Film Festival, Our Time Machine for POV/PBS, All in My Family for Netflix, and a 5-part series Asian Americans for PBS. Tsien consulted on many award-winning films such as: Hooligan Sparrow, Joan Didion: The Center Will Not Hold, and the 2020 Academy Award winner American Factory. Tsien is a recipient of Mentor Award at the 2018 Sundance Film Festival, a member of American Cinema Editors, and the Documentary Branch of the Academy.