The Amazing Johnathan Documentary begins as a profile on a uniquely deranged magician who built a career out of shock and deception in the 1980s, but becomes the bizarre story about the unravelling of his documentarian.

Screening of film is followed by a moderated post-film conversation with Director/Producer Ben Berman, plus a reception at the Landmark Wine Bar 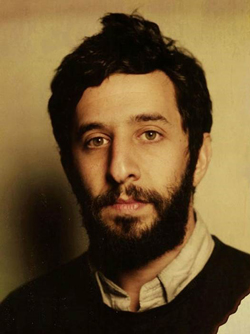 Ben Berman began as an editor for comedians Tim and Eric, and went on to direct episodes of Lady Dynamite and Man Seeking Woman, as well as the pilot and series for Jon Benjamin Has a Van and Comedy Bang! Bang! Berman premiered his short film I’m a Mitzvah (2014), starring Ben Schwartz, and How to Lose Weight in 4 Easy Steps (2016), starring Beck Bennett, at the Sundance Film Festival. The Amazing Johnathan Documentary is Berman's first feature.