A cinematic event 50 years in the making, APOLLO 11 features never before seen large format footage of the mission to land on the moon led by commander Neil Armstrong and pilots Buzz Aldrin & Michael Collins. A journey that should only be experienced on the big screen. 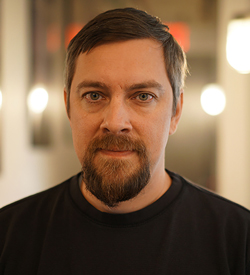 Todd Douglas Miller is best known for his Emmy award winning film, Dinosaur 13, which premiered at Sundance in 2014. His other films include Gahanna Bill, Scaring the Fish, and The Last Steps. He is the founder and co-owner of Statement Pictures, based in Brooklyn, NY, which produces feature films and documentaries as well as large format/IMAX films for science centers and museums. He was born in Columbus, OH, and lives in Brooklyn, NY with his wife and three children.