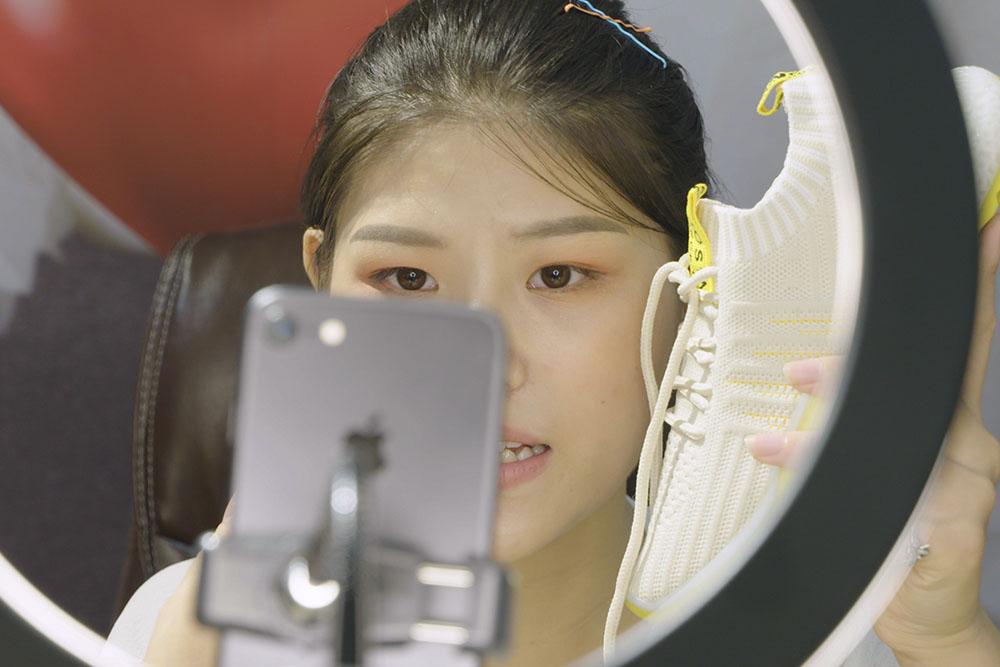 Mesmerizing in its imagery and shot in 51 locations across the country, Ascension is a cinematic exploration of China’s industrial supply chain that reveals the country’s growing class divide through staggering observations of labor, consumerism and wealth. The film ascends through levels of the capitalist structure: workers running factory production, the middle class selling to consumers, and the elites reveling in a new level of hedonistic enjoyment. Exploring China’s social ladder, we see how each level makes possible the next.

New York-based Jessica Kingdon is a Chinese-American director/producer named one of “25 New Faces of Independent Film” by Filmmaker Magazine and selected for the 2020 DOC NYC “40 Under 40” list. Her award-winning short Commodity City (2017) is an observational documentary about the world’s largest wholesale mall in Yiwu, China. It was shortlisted for a Cinema Eye Honor and has played at over 50 film festivals including Rotterdam, True/False and Sheffield. She co-directed the short It's Coming! (2020), which was supported by Rooftop Films, and is currently playing festivals, and Routine Island (2019), which is included in The Eyeslicer Season 2. Jessica’s producer credits include Tania Cypriano’s Born To Be (NYFF 2019), Ian Bell’s 808: How We Respond (Sheffield 2019), Nathan Truesdell’s The Water Slide (True/False 2018), and Johnny Ma’s Old Stone (Berlinale 2016). She is a member of the Brooklyn Filmmakers Collective.

Kira Simon-Kennedy is the co-founder/director of China Residencies, a multifaceted arts nonprofit that has supported over 70 different international creative exchanges to China since 2013. She has been a fellow at NEW INC, the New Museum’s incubator for art, design and technology, and the IFP Made in NY Media Center, creating Rivet, a platform to connect creative people with opportunities worldwide. Her first feature film as a producer was on her older sister Ani Simon-Kennedy’s 2013 debut Days of Gray, live-scored by the Icelandic orchestral band Hjaltalín, which played festivals worldwide. Kira has produced over 50 short documentaries about China’s underground music scene for the Beijing-based record label Modern Sky, and is producing a documentary series for the British Council on the creative scenes in China’s 2nd and 3rd tier cities. She produced Jessica Kingdon’s award-winning short documentary Commodity City, and splits her time between China and the US.

Nathan Truesdell was selected for the inaugural DOC NYC “40 Under 40” list in 2019. His directorial work includes the award-winning Balloonfest, The Water Slide, the Field of Vision produced series The Art Of Making Money, and It’s Coming! Nathan was the main cinematographer on Speaking Is Difficult and a producer of Peace In The Valley, both premiering in the shorts competition at Sundance 2016. He produced documentaries such as We Always Lie To Strangers (SXSW 2013), Caucus (Hot Docs 2013) and Convention (LAFF 2010), and co-produced The Gospel Of Eureka (SXSW 2018). He was director of photography for the Al Jazeera America series Midterms, was a cinematographer on Dope Is Death (True/False 2020), shot Deprogramed (Tribeca 2015), and was a cinematographer and editor on Killing Them Safely (Tribeca 2015). He also served as art director for the narrative film You're Next (TIFF 2011).