Belly of the Beast 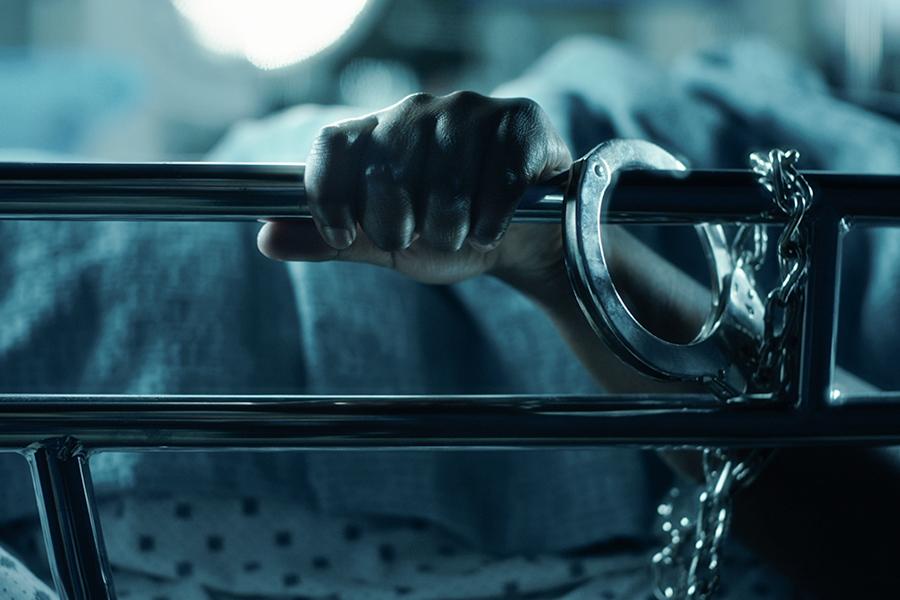 When an unlikely duo discovers a pattern of illegal sterilizations in women’s prisons, they wage a near impossible battle against the Department of Corrections. Filmed over seven years with extraordinary access and intimate accounts from currently and formerly incarcerated people, BELLY OF THE BEAST exposes modern-day eugenics and reproductive injustice in California prisons.

Erika Cohn is a Peabody and Emmy Award-winning director/producer who Variety recognized as one of 2017’s top documentary filmmakers to watch and was featured in DOC NYC’s 2019 “40 Under 40.” Most recently, Erika completed The Judge, a Peabody Award-winning and Emmy-nominated film, which premiered at the 2017 Toronto International Film Festival and was broadcast on PBS’ 2018 Independent Lens series. Erika co-directed/produced, In Football We Trust (Sundance 2015), an Emmy award-winning, feature documentary and was broadcast on Independent Lens. She has received numerous accolades for her work, including a Director’s Guild of America award for her fiction short film, When the Voices Fade. In 2013, Erika founded Idle Wild Films, Inc., which has released three feature documentaries and produced numerous branded content and commercial spots, including Gatorade’s “Win from Within” series, for which she received a 2016 Webby award nomination. Belly of the Beast is her third feature-length documentary.

Angela Tucker is a writer, director and Emmy nominated producer who works in narrative and documentary genres. Her directorial work includes “All Skinfolk, Ain’t Kinfolk”, a documentary short which aired PBS’ Reel South about a mayoral election in New Orleans; “All Styles”, a narrative feature currently available on Amazon; “Black Folk Don’t”, a documentary web series that was featured in Time Magazine’s “10 Ideas That Are Changing Your Life”; and “(A)sexual”, a feature length documentary about people who experience no sexual attraction that streamed on Netflix and Hulu. She is in her ninth year on the PBS strand, “AfroPoP", now as a Co-Executive Producer. Her production company, TuckerGurl, is passionate about stories that highlight underrepresented communities in unconventional ways. A Visiting Professor at Tulane University, Tucker was a Sundance Institute Women Filmmakers Initiative Fellow. She received her MFA in Film from Columbia University.

Kelli Dillon is the Co-Chairperson for the Empowerment Congress Southeast neighborhood Council. She is a survivor of domestic/gang violence. Kelli found herself incarcerated at 19 from a domestic violence incident, in defense from preventing an attack from her abuser and was sentenced to 15-years. While in the California Department of Corrections, her advocacy and community social work began with assisting people inside with counseling and social justice issues. Kelli has received certifications of training in the areas of Anger Management, Domestic Violence, Batterer’s Intervention Program, Art Therapy, HIV/STI Education and Peer Advocacy, Homeless prevention, and Sociology. Kelli is now the Vice President of the Empowerment Congress Southeast Neighborhood Council and newly appointed Commissioner and Board Member for the Department of Community and Family services. In addition, she is the founder and executive director of Back to the Basics, a community empowerment organization and outreach program.

Cynthia Chandler has dedicated her life to achieving gender and racial justice while challenging violence in all forms, including imprisonment. She founded the first organization advocating for HIV-positive women in prison. She co-founded Critical Resistance and Justice Now, early prison industrial complex abolitionist organizations. She helped create the compassionate release legal process representing the first terminally ill people granted release from prison in California. Her cases became the case studies used to codify the process nationally. Cynthia has received numerous awards for her innovative work, including: California Women Lawyers’ prestigious Fay Stender Award; Women's Health Activist Network’s Top 30 Activist for Women's Health; Ford Foundation Leadership for a Changing World Award; and California Law Business’ Attorney to Whom California Can Be Most Grateful. Cynthia received her JD from Harvard Law School and a MPhil in Criminology from University of Cambridge. She is the mother of two artists and scholars.