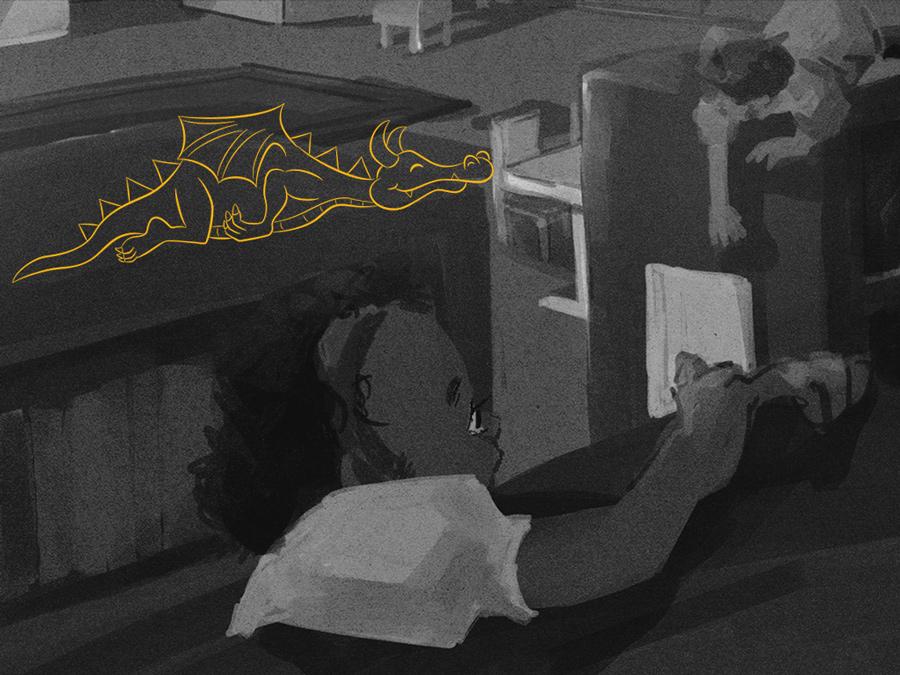 Please join us in NY at DCTV for the first DocuClub work-in-progress screening of 2020 featuring When My Sleeping Dragon Woke. Following the screening, we will be joined by Director/Producer Chuck Schultz and Producer/EditorJudah-Lev Dickstein for a feedback discussion.

A little girl grows up in a custodial apartment hidden inside a New York City Public Library, where her father stokes its coal furnace 24/7. Four decades later, the little girl-turned-actor Sharon Washington chooses the theatre to write her modern-day fairy tale childhood filled with real and imagined dragons, family secrets, forgiveness, and a life filled with books.

Chuck Schultz has been at the helm of many documentary projects including, The Last Crop (2016) about farms across our nation, The Calling (2009) about three individuals called to serve their faith, 5 Days in July (2007) the NPR drama revisits the 1967 Newark Riots written by playwright/screenwriter Tracey Scott Wilson, and The Rural Studio (2001) that chronicles the work of architect Samuel Mockbee and his students. Funders have included ITVS, the National Endowment for the Arts, the New Jersey and Alabama Humanities.

Judah has had his documentary editing work screened at Sundance and the New York Film Festival, on TV and in theaters, and on pretty much any other platform you can think of. Highlights have been the art heist film “The Art of the Steal,” the sports comedy “Winning Time,” and “Basketball: A Love Story,” a 20-hour documentary series on basketball history for ESPN’s 30 for 30 Anthology. He's currently working on the HBO series Axios on HBO.