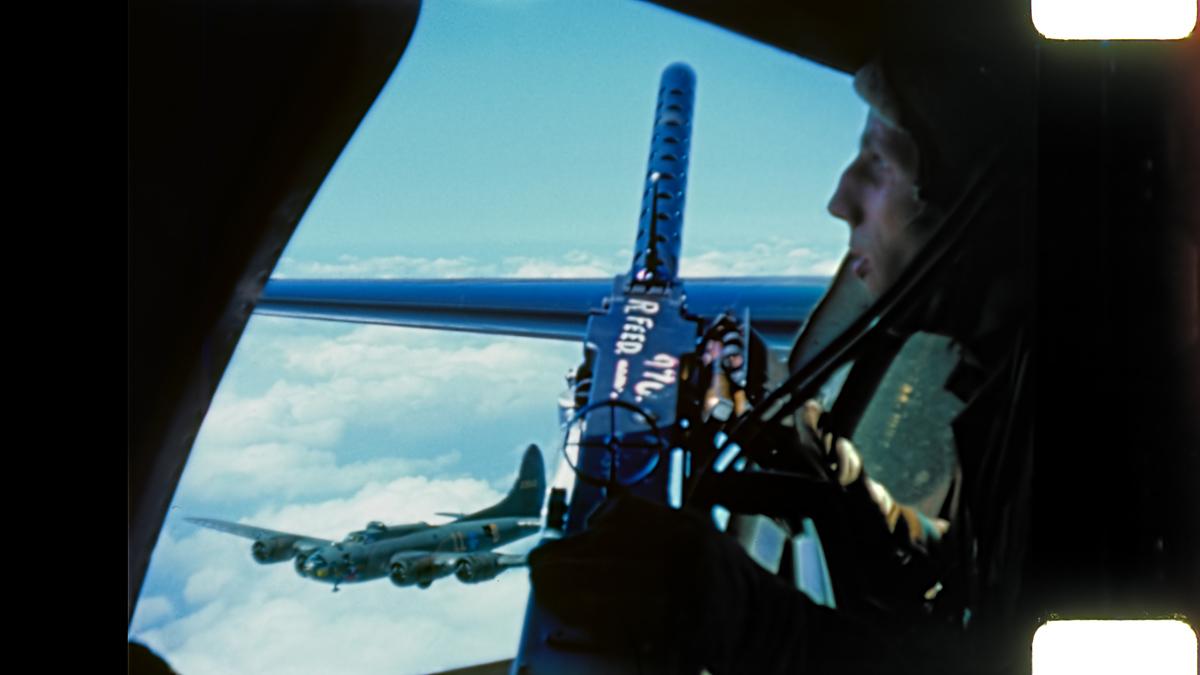 The Cold Blue is a meditation on youth, war and trauma, and stands as a tribute to one of the world’s great filmmakers, and the men of the 8th Air Force who flew mission after suicidal mission in the Second World War. Nine of the very few surviving veterans were interviewed in the summer of 2017, and their voices take us through the harrowing world that William Wyler and his cameramen captured in the summer of 1943  for “Memphis Belle.”

Screening of film is followed by a moderated post-film conversation with Director Erik Nelson.

Erik Nelson is the president of Creative Differences. In 2017, Nelson produced and directed A&E’s feature documentary “A Gray State”, and is now completing production on his new feature documentary, “The Cold Blue”, in association with Vulcan Productions, which will be released in 2018. In 2005, Nelson produced Werner Herzog’s feature “Grizzly Man,” Herzog’s 2008 Oscar nominated “Encounters At The End Of The World,” and the 2011 “doubleheader” -- Herzog’s 3D exploration of the “Cave Of Forgotten Dreams” and the Death Row feature “Into The Abyss.” Nelson also directed and produced the 2008 feature documentary “Dreams With Sharp Teeth” and directed and produced the 2012 animated feature “Dinotasia.” Both “A Gray State” and “Dinotasia” are currently streaming on Netflix.