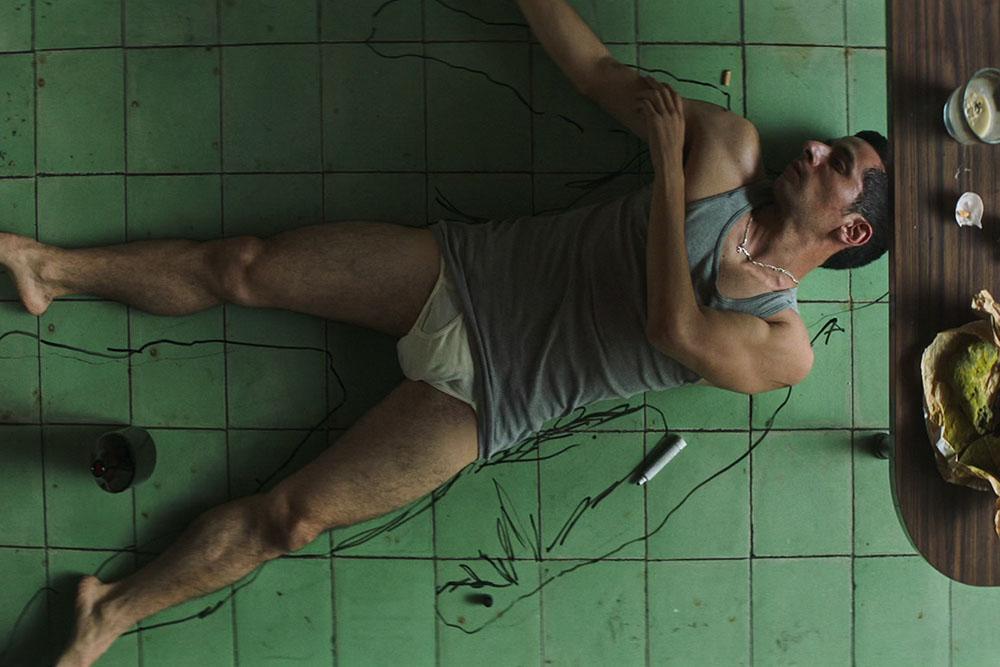 Following family tradition, Teresa and Montoya join the police force, only to find their convictions and hopes crushed by a dysfunctional system. Their emotional bond becomes a refuge for the hostility they are exposed to. Through an experimental style of narrative and documentary storytelling, A Cop Movie propels the viewer into an unusual cinematic space, giving voice to one of Mexico and the world's most controversial institutions.

This digital screening includes a moderated filmmaker conversation that will be on demand with the film. The Q&A features director Alonso Ruizpalacios and producers Elena Fortes and Daniela Alatorre, moderated by Eric Kohn, Vice President, Editorial Strategy & Executive Editor at IndieWire.

Alonso is a Mexican film director and screenwriter. He studied at the Royal Academy of Dramatic Arts (RADA) in London. His first feature, Güeros, won over 40 prizes in festivals around the world, including Best First Feature at the Berlinale 2014 as well as awards at San Sebastian, AFI, Tribeca, Havana, among many others. It won five Mexican Academy Ariel Awards, including Best Picture. Museo, his second feature, starring Gael García Bernal, won the Silver Bear for Best Screenplay at the Berlinale 2018, as well as Best Director in Athens and Morelia, and was the first major release in a foreign language from YouTube Originals. It was nominated for 12 Ariel Awards in 2019. His short films Café Paraíso, The Cú Bird's Last Song and Verde have been Official Selection at TIFF, Clermont-Ferrand, Cannes Critics Week, London Film Fest, Tribeca, and have won over 30 prizes around the world.

In 2017, Daniela founded No Ficción along with Elena Fortes and Cinépolis, an independent media company devoted to producing nonfiction content for multiple platforms, with an emphasis on high profile, social-issue driven documentaries for wide theatrical release. Her producer credits with No Ficción include a series of documentary shorts for Netflix produced between 2018 and 2019 (A Tale of Two Kitchens; A Three Minute Hug; Birders; Lorena, Light Footed Woman; and After the Raid), an op-doc for the New York Times Ruptured City (2018), and the feature documentaries Midnight Family (2019), which premiered at the Sundance Film Festival where it obtained the Jury Award for Best Cinematography in the US Documentary Competition, Vivos (2019, as associate producer) directed by Ai Weiwei, and Users (2021, as co-producer) directed by Natalia Almada. Daniela produced the Morelia International Film Festival and was the head of the Documentary Programming Committee for ten years.

Elena is an award-winning creative producer, cultural strategist, and activist. She has been working in the documentary film industry for over 15 years. Between 2005 and 2016, Fortes served as the director of Ambulante, a non-profit organization which she co-founded with Gael García Bernal, Diego Luna, and Pablo Cruz, in order to support documentary film culture in Mexico. Ambulante’s multiple programs include Latin America’s largest touring documentary film festival, a long term filmmaking training program for underserved communities in Mexico. In 2017, Fortes co-founded, along with award-winning producer and Flaherty fellow Daniela Alatorre, and the support of Cinepolis (the 2nd largest cinema exhibitor in the world), the Mexico City based production company No Ficción. With the company she has produced 12 films in the past 3 years including Midnight Family, shortlisted for the 2020 Academy® Awards, Vivos, which premiered at the 2020 Sundance Film Festival, and A COP MOVIE.