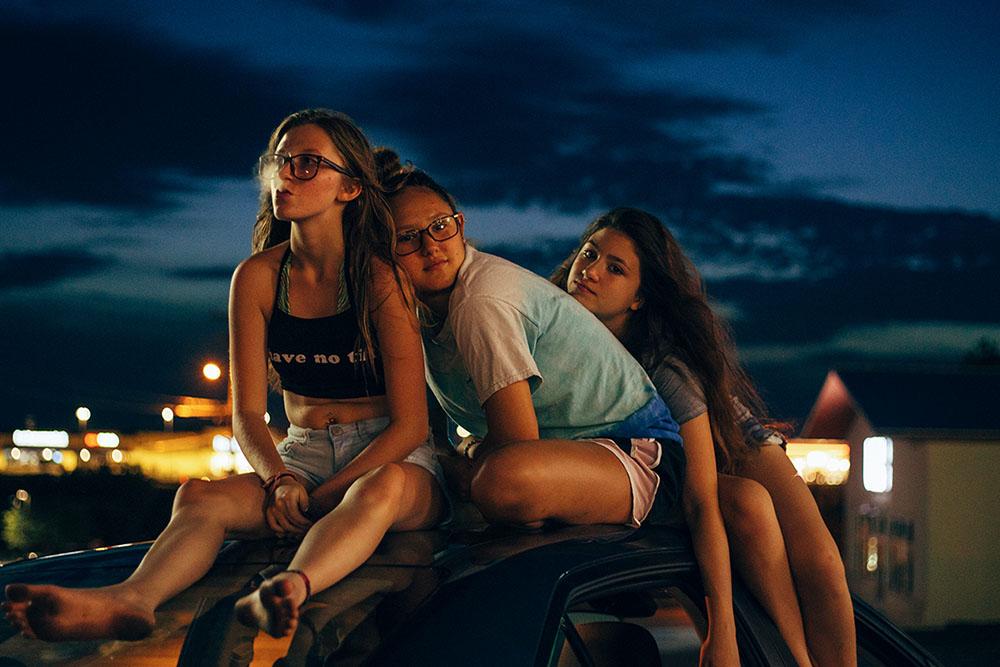 Set in a small military town in Texas, Cusp chases three wild-spirited teenage girls as they live out a fever-dream summer, when the strictures of adolescence clash with the growing desire for personal agency. Shot in vérité style, Cusp captures authentic moments of female friendship while examining what it means to grow up in a culture of toxic masculinity. Though the girls’ experiences are unique to their upbringings, Cusp is also a strikingly universal, stirring coming-of-age tale.

This digital screening includes a moderated filmmaker conversation that will be on demand with the film. The Q&A features director, cinematographer and editor Parker Hill and director and cinematographer Isabel Bethencourt, moderated by Alissa Wilkinson, Film Critic and Culture Reporter at Vox.

Hill is a New York City–based writer-director who graduated from New York University's Tisch School of the Arts. Her thesis film, One Good Pitch, premiered at the 2016 Tribeca Film Festival. Her short films Homing In and Sanderson to Brackettville have screened at BFI London Film Festival and online as a Vimeo Staff Pick, respectively. Cusp is her debut feature documentary, which premiered at the 2021 Sundance Film Festival and went on to win the Special Jury Award for Emerging Filmmaker. She was named by the Hollywood Reporter as one of the “Next Big Thing: 10 Documentary Filmmakers Speaking Truth to Power.” Parker is currently in development on her first narrative feature.

Bethencourt is a filmmaker from a beach near Los Angeles, California. She graduated from NYU’s Gallatin School where she studied cultural anthropology and documentary film. Her work as a director and cinematographer has been published by the Wall Street Journal, ESPN, GQ, and Teen Vogue. Cusp is her debut feature documentary, which premiered at the Sundance Film Festival in 2021 and went on to win the Special Jury Award for Emerging Filmmaker. She was named by the Hollywood Reporter as one of the “Next Big Things: 10 Documentary Filmmakers Speaking Truth to Power,” and was an advisor at the 2021 Southern Producers Lab with the New Orleans Film Society.