DocuClub HI: I of the Water: The Unwritten Life of Sia Figiel 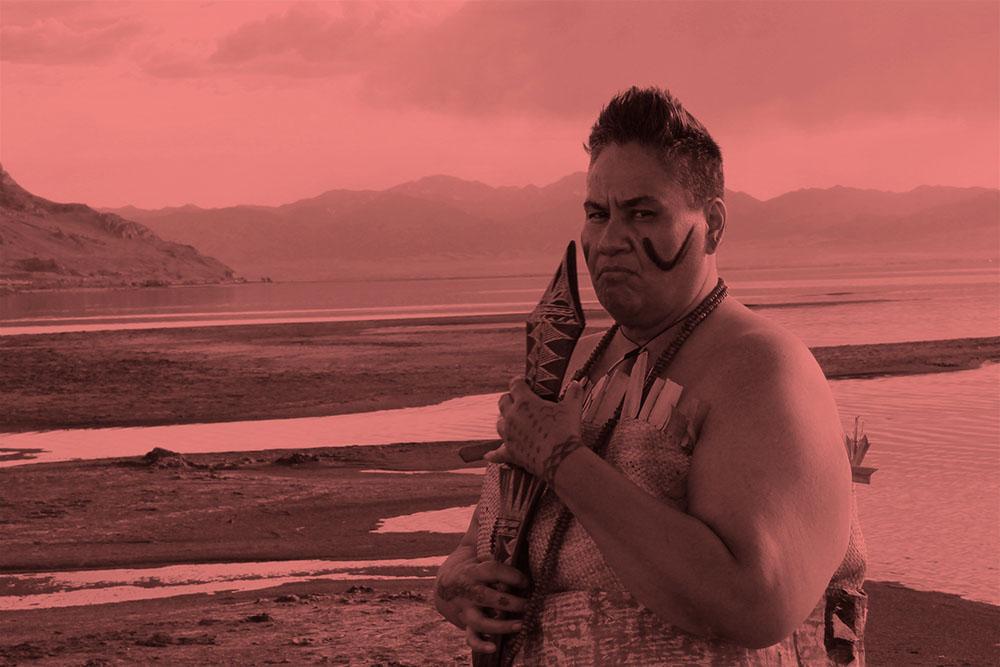 Please join the International Documentary Association and Hawaiʻi Women in Filmmaking on Wednesday, October 6 for the DocuClub HI virtual work-in-progress screening of the feature film I of the Water: The Unwritten Life of Sia Figiel. Following the screening, we will be joined by Director/Producer/Writer Kimberlee Bassford for a discussion moderated by Lauren Kawan, Documentary Filmmaker and Producer.

ASL or live captioning can be requested for the feedback discussion. Please email us at docuclub@documentary.org. Per the request of the filmmaker, attendees must agree to a non-disclosure agreement.

Sia Figiel was the first Pacific Islander to write about Samoan girls, and her novels broke silence on taboos like sexual abuse, violence and suicide. But while bold and open on paper, Sia privately struggles with myriad pains.

At the heart of her anguish is a secret she harbors—a shame she has carried since she was nine. It will take traversing a continent, an ocean, her own memories and even the specter of death before she is ready to speak this shame and in doing so reframe societal notions of abuse, trauma and healing.

Kimberlee Bassford is a Hawaiʻi-based filmmaker who has directed the documentaries Winning Girl (2014, World Channel), Patsy Mink: Ahead Of The Majority (2008, PBS) and Cheerleader (2003, HBO Family) and was a producer on two national PBS documentary series: Unnatural Causes: Is Inequality Making Us Sick? (2008) and The Meaning of Food (2005). She has garnered festival audience and jury awards, a duPont-Columbia, Student Academy® Award and CINE Golden Eagles. Her work has been supported by the Sundance Institute, Women in Film, Film Independent, CNN, ITVS, Center for Asian American Media, A-Doc, Pacific Islanders in Communications and CPB/PBS. She has also served on juries for the Hawai‘i International Film Festival, ‘Ohina Short Film Showcase and Guam International Film Festival and is a member of A-Doc, Brown Girls Doc Mafia, Documentary Producers Alliance and Film Fatales. Kimberlee holds a BA in psychology from Harvard University and a Master of Journalism from University of California Berkeley.

Lauren Kawana is a documentary filmmaker and producer from Honolulu, HI, based in Oakland, CA. She has worked on a variety of independent feature films and docu-series for Jigsaw Productions, ITVS, and National Geographic, among others. She gravitates to stories that explore culture and identity, as evident in her documentary short, Live, Breathe, Hula, a portrait of Native Hawaiian musician and hula instructor, Mark Keali'i Ho'omalu. Lauren most recently served as a field producer on Try Harder!, a documentary film by Debbie Lum, which premiered at the 2021 Sundance Film Festival, and follows the college dreams of high school seniors at a predominantly Asian American high school in San Francisco.