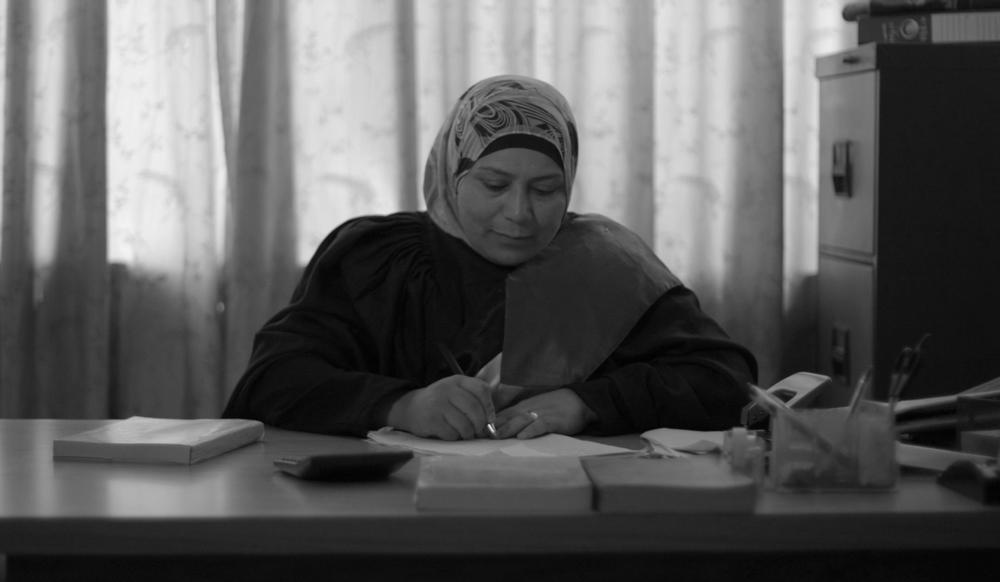 Please join us Monday, May 1, for the second installment of DocuClub LA in 2017 with a screening of THE JUDGE by director/producer Erika Cohn. THE JUDGE provides rare insight into Shari’a law (Islamic law), an often misunderstood legal framework for Muslims, told through the eyes of the first woman judge to be appointed to the Middle East’s religious courts. The film intimately portrays Judge Kholoud Al-Faqih’s trials and tribulations in achieving justice for women within the Shari’a courts of the West Bank, detailing in verite courtroom drama the resistance that she and her male counterpart, a progressive Sheik, face daily.

Following the screening, we will be joined by Director/Producer Erika Cohn and Editor Sara Maamouri for a moderated feedback discussion.

Religious courts in the Middle East had historically banned women from adjudicating domestic and family matters – in both the Shari’a courts of Islam and the Rabbinic courts of Judaism – until Kholoud, dares to challenge that history. With the support of a progressive Sheik, Kholoud becomes the first woman judge with her appointment to a Palestinian Shari’a court in the West Bank, bringing a subtle new perspective garnered from her early professional life working with battered women as an attorney in both the criminal and Shari’a courts.

This feature-length documentary chronicles Kholoud’s appointment, her first years as a judge, and her tenacious ability to maintain her position despite attempts to marginalize and demote her. Through Kholoud’s eyes, the film examines the religious and legal stipulations between men and women according to Shari’a law, relaying how the worst aspects of misinterpreted Shari’a laws reflect a tragic misogyny - rape, beatings, and polygamy – stemming from misconstrued ignorance of the Qur’an. As Kholoud’s most compelling cases develop in gripping cinema verite style, the film reveals precisely the kinds of misinterpretations of Shari’a law that Kholoud now has the power to correct.

With unparalleled access and a critical cinematic eye, THE JUDGE follows Kholoud in and outside of the courtroom as she asserts her right to equality and redefines how Shari’a law perceives, treats, and respects women. Illustrating a unique portrait of her sustained intervention, THE JUDGE reveals that Shari’a is a system largely mischaracterized both in the Middle East and in the West. Amid a time of rapidly increasing global Islamophobia, the unprecedented Muslim Ban and future potential Muslim registry – THE JUDGE illuminates how colonial occupation has impacted the legal and cultural worlds of the contemporary Islamic world, while reflecting a universal struggle for women’s control over their bodies, economic welfare, custodial rights, and marital status.

Doors open at 7:00 pm. Screening, followed by a moderated feedback discussion with the filmmakers - 7:30 pm - 10:00 pm. Drinks will be available for a modest suggested donation.