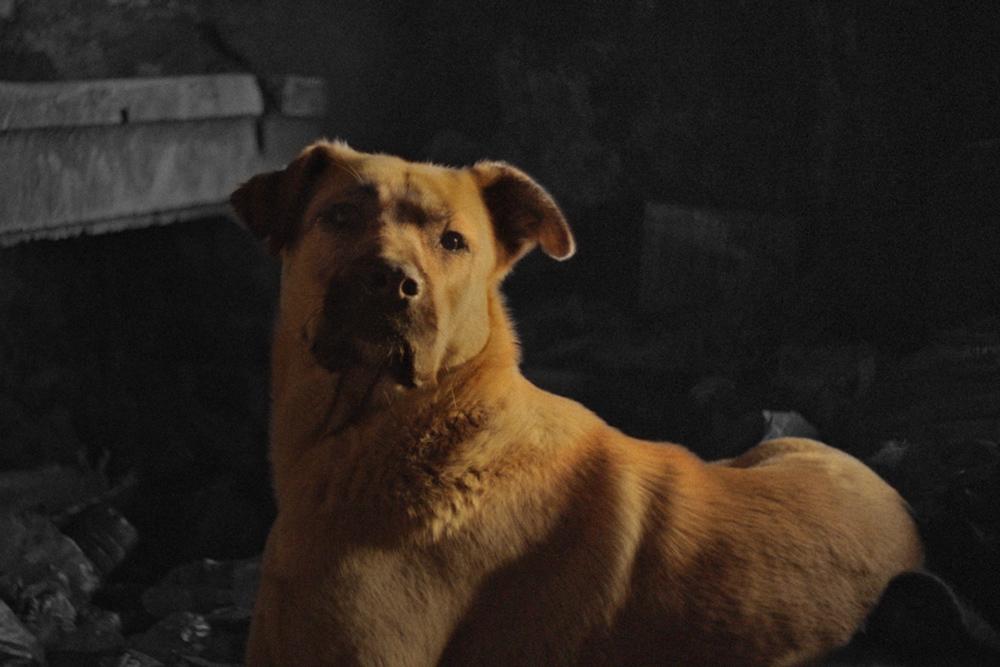 Please join the International Documentary Association and Film Independent on Tuesday, March 3 for the DocuClub LA screening of the feature film Stray. Following the screening, we will be joined by director/producer/DP/editor, Elizabeth Lo, producer, Shane Boris, and co-producer/associate producer, Ceylan Carhoglu for a discussion moderated by Toni Bell, Filmmaker Services Manager at the IDA.

In Stray, a trio of canine outcasts roam the streets of Istanbul. Through their eyes and ears, we are shown an intimate portrait of the life of a city and its people.

Doors open at 7:00 pm. Screening, followed by a moderated feedback discussion with the filmmaker - 7:30 pm - 10:00 pm. Drinks and snacks will be available for a modest suggested donation.

Elizabeth Lo is an award-winning filmmaker. Her work has been broadcast and showcased internationally, including at the Sundance Film Festival, Tribeca Film Festival, Hot Docs, True/False, BAMCinemafest, New York Times Op-Docs, and PBS' POV. Elizabeth was named one of the "25 New Faces of Independent Film" by Filmmaker Magazine in 2015 and was featured in the 2015 Saatchi & Saatchi New Directors' Showcase at Cannes Lion. Elizabeth was selected for the New York Film Festival Artist Academy in 2018 and the Locarno Film Festival Filmmakers Academy in 2019. Elizabeth's work has played at over 100 film festivals and has won numerous awards. Her short films include Hotel 22 (2015), Bisonhead (2016), Mother’s Day (2017), The Disclosure President (2016), Notes from Buena Vista (2016), Treasure Island (2014), and Last Stop in Santa Rosa (2013). In 2017, her collected shorts were released by Video Project as a DVD, The Short Films of Elizabeth Lo, for distribution to educational institutions and libraries around the world. Her debut feature documentary, Stray, was named #18 in “50 Most Anticipated American Films of 2019” by Filmmaker Magazine. Elizabeth was born and raised in Hong Kong and holds a B.F.A. from NYU Tisch School of the Arts and an M.F.A. from Stanford University.

Shane Boris is an Academy Award-nominated producer focusing on films that push the boundaries of conventional forms in order to tell timeless stories. His films have premiered at festivals such as Sundance, SXSW, and Locarno; released theatrically across the world; and have been commissioned by streaming platforms such as Netflix and for television programs like PBS’s Independent Lens. His most recent film, the Netflix Original The Edge of Democracy, was nominated for Critics Choice, Gotham, IDA and Academy Awards and was listed by The New York Times as one of the ten best movies of 2019. He also produced the SFFILM’s Golden Gate Award winning The Seer and the Unseen and the scripted Walden:  Life in the Woods. Other credits include All These Sleepness Nights (Sundance, Best Directing), Olmo and the Seagull (Rio Film Fest, Best Documentary), and Fuck for Forest (Warsaw Film Festival, Best Documentary). Shane was recently an Impact Partners Producing Fellow and was named by DOC NYC as one of the “40 under 40” working in documentary. He has a B.A. from Oberlin College and an M.A. from Jawaharlal Nehru University in New Delhi.

Ceylan Carhoglu is an Emmy-winning filmmaker. Her documentary Gardeners of the Forest (2016) was a winner at the 2016 Emmys: College Television Awards and was nominated as a finalist for the 2016 Student Academy Awards and has been the official selection in numerous film festivals such as HollyShorts, Newport Film Festival, and Napa Valley Film Festival. Most recently, Ceylan worked on the documentary series, Kevin Hart:  Don’t F*ck This Up. Currently, She's co-producing Elizabeth Lo's new documentary, Stray (2020). Ceylan graduated from Chapman University with a B.A. in film production.