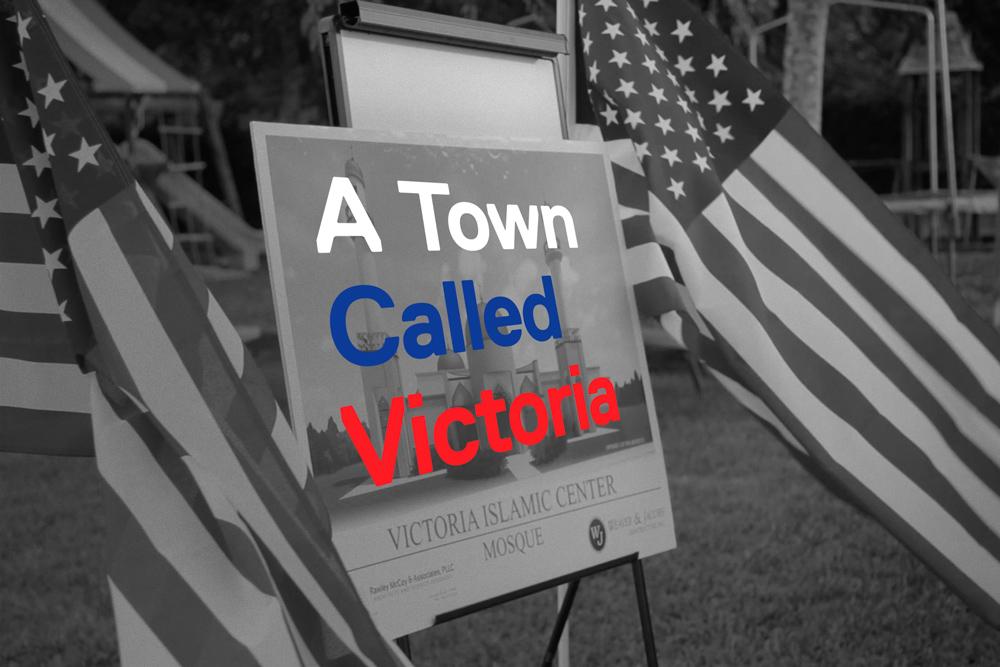 Please join us on Monday, February 24, for the first DocuClub LA of 2020 with a screening of the docuseries A Town Called Victoria. Following the screening, we will be joined by director/producer, Li Lu,  producer, Anthony Pedone, and editor Evita YuePu Zhou for a moderated discussion.

Hours after the first travel ban takes effect, a mosque in Victoria, Texas erupts in flames. As details of the arson emerge, this quiet community must reckon with the deep rifts that drove a man to hate.

Doors open at 7:00 pm. Screening, followed by a moderated feedback discussion with the filmmaker - 7:30 pm - 10:00 pm. Drinks and snacks will be available for a modest suggested donation.

Li Lu was born in Suzhou, China, and moved to the US when she was five. Raised on all three coasts and graduating high school in Sugar Land, TX, Li received her BA from USC’s School of Cinematic Arts. THERE IS A NEW WORLD SOMEWHERE, her debut feature, won three Best Feature awards and was distributed theatrically and on demand. Her current project A TOWN CALLED VICTORIA has garnered support from Sundance, Firelight Media, IFP, and Austin Film Society. BURY ME ON GOLD MOUNTAIN, her second feature, is under development and has been selected for the Film Independent Screenwriting Lab, IFP Week: No Borders, and other honors. Li is also a FOX Directors Lab alumna and directs television. Through her work, she focuses on narratives that create social impact and expand representation.

Anthony Pedone is a filmmaker and producer living between Victoria, TX and LA. His first film experience was as an extra in DAZED AND CONFUSED. Since then, he has produced, written, directed, or shot over 24 features, docs, and shorts. In 2012, he founded the Victoria Independent Film Festival where he serves as program director. In 2015, he produced THE STRONGEST MAN. After its world premiere at Sundance, it was released theatrically and on VOD - by Film Buff in North America and internationally by Sundance Global. In 2018, his directorial debut AN AMERICAN IN TEXAS won The Dutch Golden Stone Award at the Scenecs Film Festival in Hilversum, Holland and was distributed worldwide by Gravitas. Most recently, he co-produced ONE NATION UNDER STRESS for HBO with director Marc Levin and CNN medical correspondent Dr. Sanyjay Gupta.

Evita YuePu Zhou is a film & TV editor who has worked in both documentary and narrative in the US and China. Her documentary credits include MAKING A MURDERER Season 2 (Netflix), CHILDHOOD IN CHINA (Discovery Asia), and CONFUCIAN DREAM, which premiered at the Hot Docs, won the Special Jury Prize at the Karlovy Vary International Film Festival, and won Best Feature Documentary the Guangzhou International Film Festival, China’s largest documentary festival. Her doc short ORGANIZING HAPPINESS was China’s official entry in the HIGH 5 Series at the 2018 BRICS Film Festival in Durban, South Africa. Evita’s narrative works have also gathered acclaim. HUMAN TERRAIN took part in the prestigious AFI Directing Workshop for Women and screened around the world. Her short THE VISIT screened at more than 10 US film festivals, including the 42nd Asian American International Film Festival. Her most recent work is A TOWN CALLED VICTORIA, a docuseries pilot that won the 2018 Austin Film Society New Texas Voices Grant, IFP/HBO New True Stories Initiative, and ISF Documentary Fund Grand Prize.