DocuClub NY: Holding Back The Tide 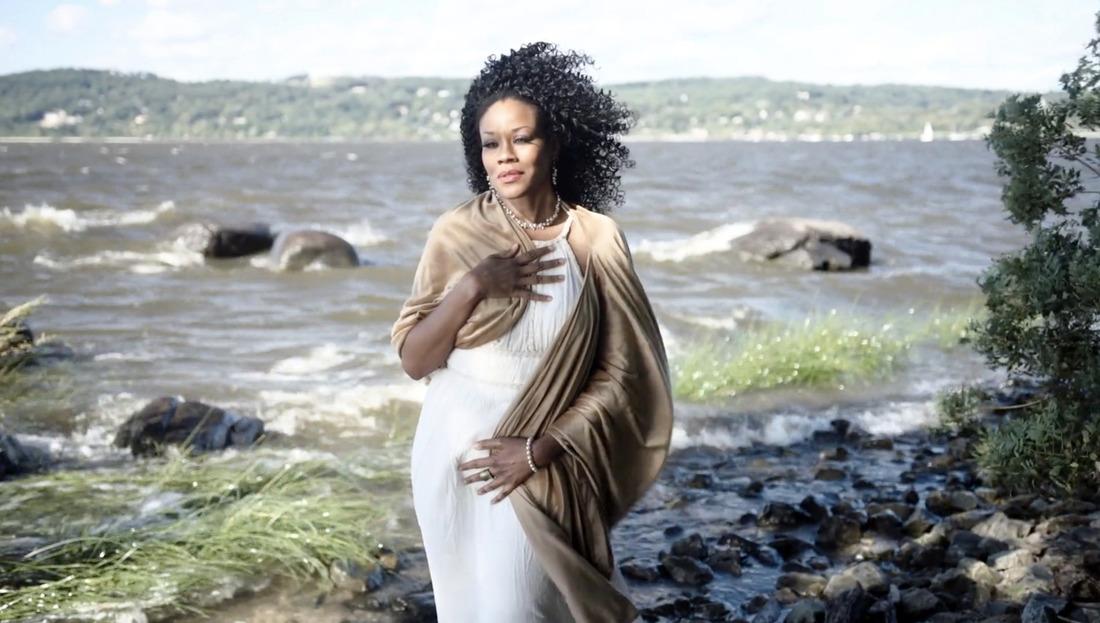 Join the International Documentary Association and DCTV on Monday, December 12 for the DocuClub work-in-progress screening of the film Holding Back The Tide. Following the screening, we will be joined by director Emily Packer, producer Ben Still, editor Lindsey Phillips & ​moderator Alexandra Juhasz.

ASL and/or live captioning can be requested for the feedback discussion. Please email your request by November 28, 2022, to docuclub@documentary.org.

About the Work-in-Progress Film: Holding Back The Tide

NYC was once the world’s oyster capital, now their specter haunts the city. While volunteers restore them to the harbor, this hybrid documentary celebrates oysters as queer environmental icons. Oysters were, and are, quintessential New York. Holding Back The Tide is a city symphony of urban and aquatic landscapes that follows the precarious ebb and flow of oysters across their lifecycles. Our story is guided by initiatives that close the ecological loop all over the city and beyond.

Along the way, we encounter The Billion Oyster Project, local non-profit restoring oysters to the harbor. We also meet the queer oyster farmer Sue Wicks, Moody Harney on his mission to bring oysters back as an accessible and healthy protein, and others in the oyster community.

The film also features scripted scenes that offer historical context and playfully engage with traditional cultural associations of oysters—images of decadence, (hetero)sexuality, and high society. Informed by the oysters’ genderfluid biology, these scenes queer Greek myth by celebrating the oyster as a trans character.

We celebrate this bivalve as an under-sung hero cleaning up the waterways and protecting the coastline. As we connect NYC’s vitality with the teeming life below its water, we ask: how can something the oyster build toward the future in the face of looming climate disaster? How much are we willing to invest in our cities’ longevity?

The screening will be held at the Firehouse: DCTV's Cinema for Documentary Film (87 Lafayette Street, New York, NY 10013) 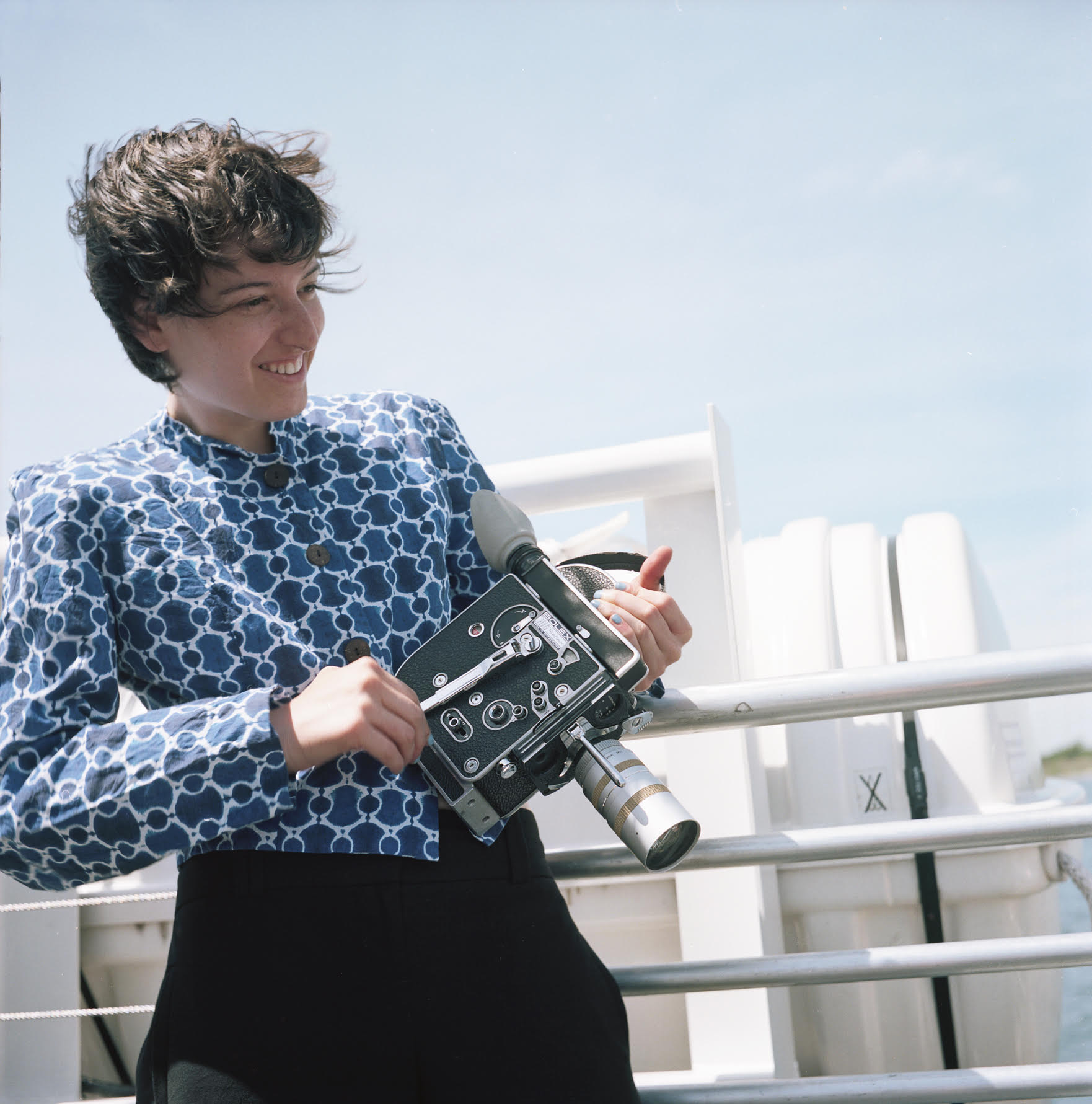 Emily Packer is an experimental filmmaker with an interest in border culture and geography. She was a fellow in the 2019 Collaborative Studio at UnionDocs in Brooklyn and is a proud alumna of the anomalous Hampshire College where she now teaches digital editing. Her work has been screened across the country, including at Anthology Film Archives, BlackStar Film Festival, DOC NYC, the Brooklyn Academy of Music, and others including a three-day border art event that she organized in San Diego-Tijuana called “Arte on the Line”. Emily’s short film “By Way of Canarsie”, which she co-directed with Lesley Steele, was a part of the inaugural Dedza short film collection “Who Will Start Another Fire” which played theatrically through Kino Lorber and is now available streaming on the Criterion Channel.

She is currently in production on a feature-length hybrid film about oysters as queer environmental heroes in New York City, called “Holding Back the Tide”, which is supported by Wave Farm and the Sundance Institute. As an editor, Emily mostly focuses on documentary film projects, but recently cut director Noah Schamus’s first scripted feature “Summer Solstice”. Other notable projects include Emily Schuman’s award-winning film for PBS and ITVS about a gender-bending ballet teacher called “When I’m Her”, and Ethan Fuirst’s New Yorker piece “The Victorias,” which focuses on historical performance and labor rights at The Tenement Museum. In addition to her editing and directing work, Emily serves on programming committees for film festivals in New York City and guest-curated a series for the Rockaway Film Festival of local films entitled “Coastal Knowledge” in 2021. Emily collects voicemails for future use; consider yourself notified. 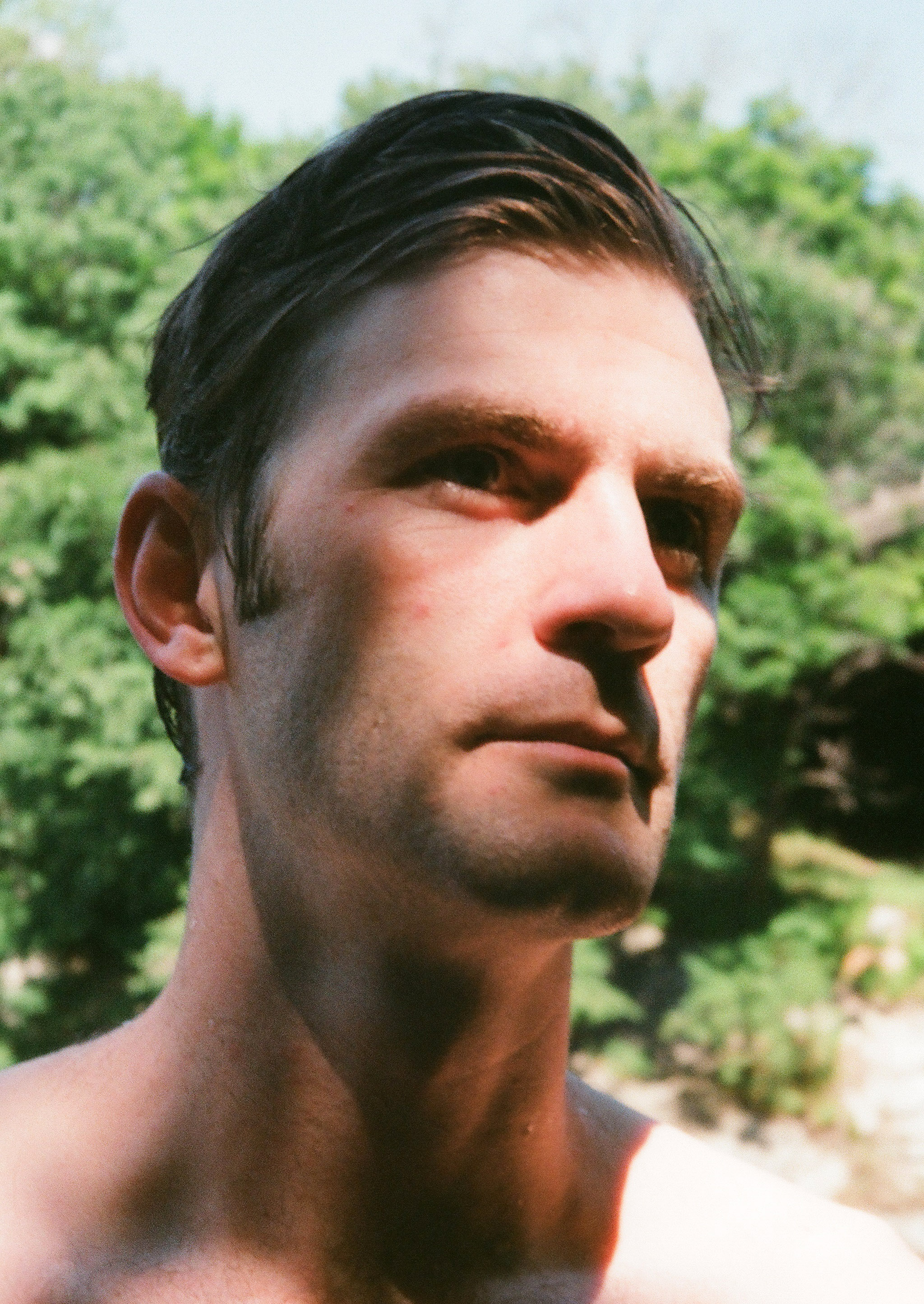 Ben Still makes music videos and documentaries. His documentary work has won awards at film festivals and has been featured as a Vimeo Staff Pick. His music videos have been featured in Rolling Stone, NPR’s All Songs Considered, and other music journalism outlets. He is a founding editor of the collage journal ctrl + v and he was a 2019 UnionDocs fellow. His writing has appeared or is forthcoming in The LA Review of Books, The Offing, Landfill, and elsewhere. He received his Ph.D. in Social Psychology at New York University. 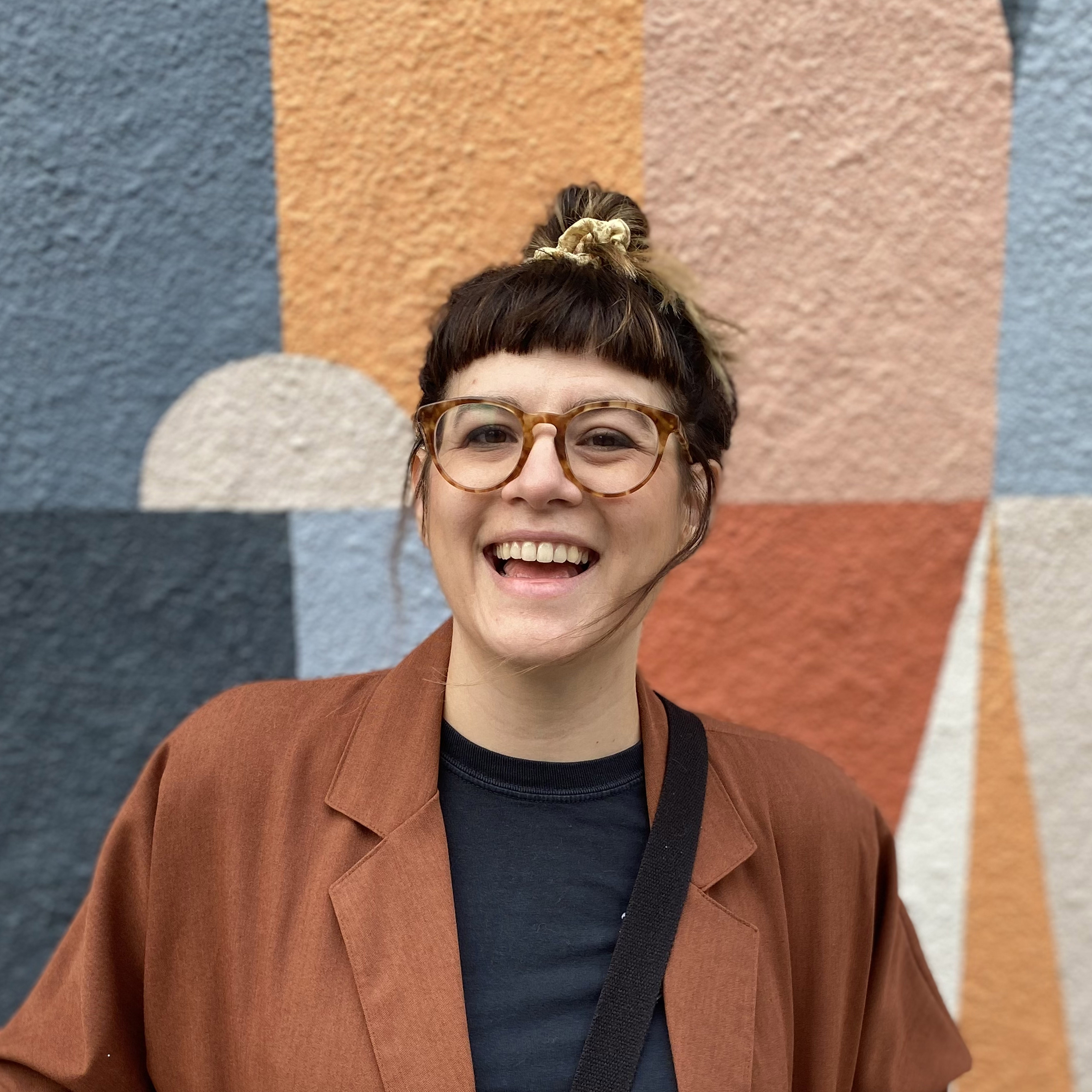 Lindsey Phillips is a documentary filmmaker and editor based in Brooklyn, New York. In her work she celebrates unique traditions and idiosyncrasies of place, culture, and communities, finding humor and humanity in complex places. She is known for directing and editing "The Exceptionally Extraordinary Emporium", a film about the significance of costuming during Mardi Gras in New Orleans, "My Name Is Marc, And You Can Count On It", about Cleveland’s late-night commercial cult icon Marc Brown, and "Rhythm’s Gonna Get Ya", a city symphony of challenges NYC subway commuters face. Her award-winning films have screened at numerous country festivals and appeared on PBS's Reel South and Mailchimp Presents.

As an editor, Lindsey works in short and feature-length documentary film, branded documentaries, and commercials. Her work has been featured in The New Yorker, The Washington Post, Time Magazine, Vox, and CNN’s Great Big Story. Lindsey is also a freelance Post Production Supervisor and an Editing Instructor at the New York Film Academy. Lindsey was part of the 2019 UnionDocs Collaborative Studio residency, holds a Certificate in Documentary Arts from the Center for Documentary Studies at Duke University, and graduated from the Art Institute of Pittsburgh in Digital Media Production. 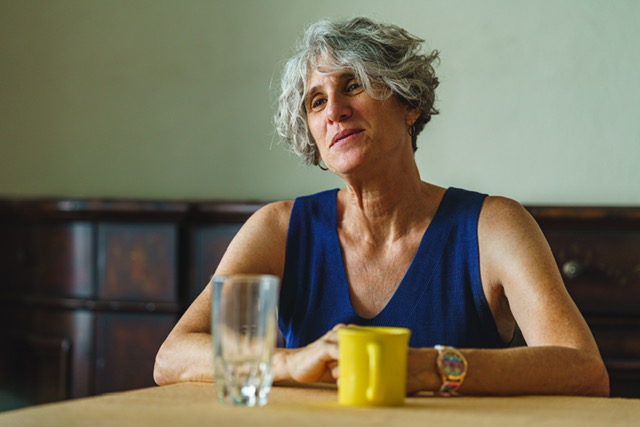 Dr. Alexandra Juhasz is a distinguished Professor of Film at Brooklyn College, CUNY. She makes and studies committed media practices that contribute to political change and individual and community growth. She is the author of AIDS TV: Identity, Community and Alternative Video (Duke University Press, 1995), Women of Vision: Histories in Feminist Film and Video (University of Minnesota Press, 2001), F is for Phony: Fake Documentary and Truth’s Undoing, co-edited with Jesse Lerner (Minnesota, 2005), Learning from YouTube (MIT Press, 2011), A Companion to Contemporary Documentary Film, co-edited with Alisa Lebow (Blackwell Press, 2015), and Sisters in the Life: 25 Years of African-American Lesbian Filmmaking, co-edited with Yvonne Welbon (Duke University Press, 2018), AIDS and the Distribution of Crises, co-edited with Jih-Fei Cheng and Nishant Shahani (Duke University Press, 2020), and Really Fake! with Ganaele Langlois and Nishant Shah (University of Minnesota and meson Presses, 2021).

She has directed the feature documentaries SCALE: Measuring Might in the Media Age (2008), Video Remains (2005), Dear Gabe (2003) and Women of Vision: 18 Histories in Feminist Film and Video (1998), and the shorts RELEASED: 5 Short Videos about Women and Film (2000) and Naming Prairie (2001), a Sundance Film Festival, 2002, official selection. She is the producer of the feature films The Watermelon Woman (Cheryl Dunye, 1997) and The Owls (Dunye, 2010). Her current work is on COVID and AIDS, fake news, online feminist pedagogy, and other more radical uses of digital media.