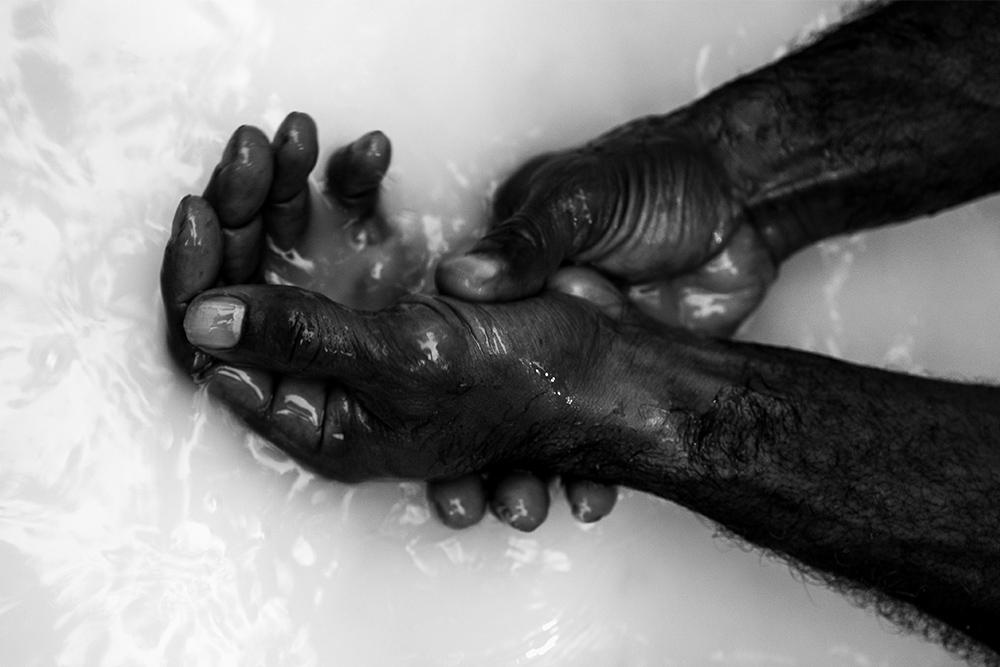 Please join us in NY at DCTV for the second DocuClub work-in-progress screening of 2019, Two Gods.

The film is about a Muslim casket maker and body washer in Newark, NJ decides to bring two young men under his wing to teach them how to build caskets, wash bodies, and how to live better lives. Soon they all realize they must rely on each other to beat the streets and live to up the potential they’ve been fighting for.

Following the screening, we will be joined by Director, Zeshawn Ali,  Producer, Aman Ali, and Editor Colin Nusbaum for a feedback discussion.

Zeshawn Ali (Director) Originally from Ohio, Zeshawn made his way to New York to study filmmaking at Tisch School of the Arts at NYU. Since graduating, he's directed a narrative short film called Shallows and also directed for the documentary series 30 Mosques in 30 Days, showcasing diverse Muslim stories across America during the month of Ramadan. His first feature length documentary, Two Gods, about a Muslim casket maker in Newark is currently in post-production and has recently received support from ITVS, Ford Foundation, Sundance Institute, Tribeca Film Institute, Points North Institute and HotDocs.

Aman Ali (Producer) is an award-winning storyteller in New York City. He’s made appearances on dozens of media outlets including the NY Times, CNN, Buzzfeed, NBC News and HBO to tell stories about the Muslim American community. He is also one of the creators of 30 Mosques in 30 Days, a 25,000 mile road trip he took to all 50 States in the U.S. with the mission of telling profound stories about Muslims in America.

Colin Nusbaum (Editor) is a film editor whose work has screened at the Sundance Film Festival, Festival De Cannes, Tribeca, SXSW, HotDocs, Sheffield Doc/Fest, DOCNYC, AFI Docs, Full Frame and many others. Most recently, Colin edited The Unafraid by Heather Courtney and Anayansi Prado. The film premiered at the 2018 Full Frame Documentary Film Festival, where it won the Kathleen Bryan Edwards Award for Human Rights. In 2014, Colin was also awarded the prestigious Karen Schmeer Film Editing Fellowship for his work as an emerging documentary editor. Today, Colin lives, works, bicycles around, and practices Aikido in Brooklyn, New York. He is supported by the love of his partner Tatyana and a cat named Isabella.