DocuClub NY: Woman on the Outside 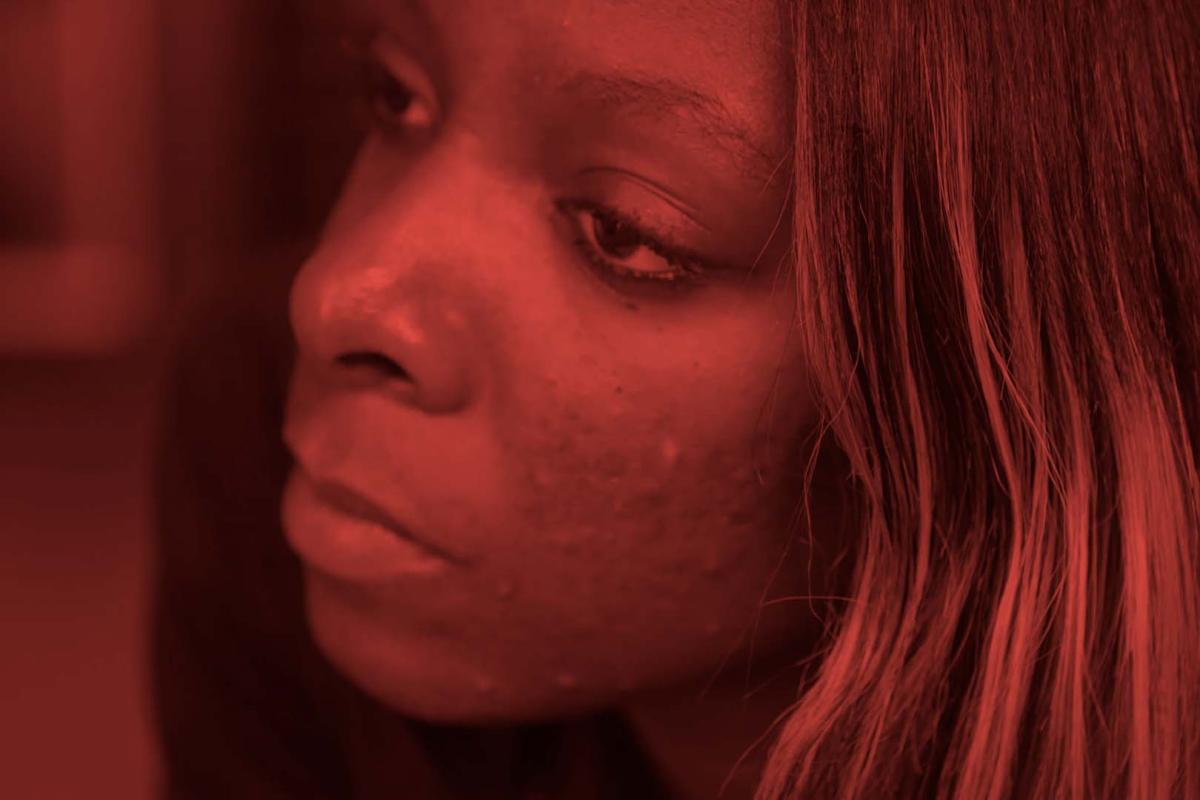 Please join the International Documentary Association and DCTV on Monday, November 15 for the DocuClub NY virtual work-in-progress screening of the feature film Woman on the Outside. Following the screening, we will be joined by director/producer Zara Katz, director/producer Lisa Riordan Seville, and writer/producer Kiara C. Jones for a discussion, moderated by Ursula Liang.

Live screening of the film begins at 7pm ET / 4pm PT on the Eventive platform, followed by a moderated feedback discussion with the filmmaking team in a Zoom meeting until 9:30pm ET / 6:30pm PT.

ASL and/or live captioning can be requested for the feedback discussion. Please email your request by November 12th to docuclub@documentary.org.

After watching the men in her life disappear to prison, Kristal Bush channels that struggle into reuniting other families divided by incarceration through her prison van service, Bridging the Gap. But when her father and brother return to Philadelphia after decades behind bars, Kristal has to figure out what it means to unite her own family. Interweaving intimate vérité footage with Kristal’s own archive, Woman on the Outside is a deeply American portrait of familial love.

Zara Katz is an independent filmmaker and photo producer for editorial, documentary and branded content, specializing in crafting character-driven visual stories. Katz has worked with outlets including The New York Times Lens blog, TIME magazine, Oxford American, Pop-Up Magazine and Lifetime/A+E Networks. She was the Senior Photography Producer on a collaborative project with Getty Images, Dove and Girlgaze to create a new collection of over 5000 licensable images and the current Dove campaign photographed by more than 100 women and non-binary photographers. The project won the Silver Glass Lion at Cannes in 2019. She is also the co-creator of Everyday Incarceration, a collaborative Instagram feed looking at 40 years of mass incarceration in the United States and Woman on the Outside, a multimedia project which has exhibited nationally and internationally. Katz has a Master’s degree from the CUNY Graduate School of Journalism.

Lisa Riordan Seville is an independent journalist and filmmaker based in Brooklyn, New York. Her award-winning enterprise and investigative stories have appeared on NBC News, Buzzfeed News, The Guardian US, The Nation and VICE, among other outlets. Her work has been supported by organizations including Type Investigations, the Open Society Foundations, the Magnum Foundation and the New York Foundation for the Arts. With Zara Katz, Lisa created and produces @EverydayIncarceration, a collaborative Instagram feed that tells visual stories of mass incarceration in the United States. Their multimedia project about the impact of incarceration on women who support loved ones behind bars debuted at Photoville, an outdoor photography festival in Brooklyn, in September 2016. It was also exhibited at FOTODOKS, in Munich, Germany and at the Philadelphia Museum of Art. Lisa and Zara are now directing Woman on the Outside, their first feature-length documentary film.

Kiara C. Jones is a socially conscious director, writer, producer and the proprietor of Cultivated Films LLC. As a director, she champions diverse storytelling in support of elevating humanity and focuses on creating new narratives for women and people of color. The Directors Guild of America honored Kiara with the Grand Jury Award for directing her debut feature, Christmas Wedding Baby (Netflix, VIACOM, BET, Urbanworld). She collaborated with Oscar®-winning writer, Geoffrey Fletcher, as the U.S. winner for the Bombay Sapphire Imagination Series (TriBeCa). She was nominated for an Independent Spirit Award for producing Anja Marquardt’s, She's Lost Control (Berlinale, CICAE, SXSW) Kiara most recently produced Premature, directed by Rashaad Ernesto Green (Sundance, IFC, Independent Spirit Award Winner). Kiara was selected for Sony Pictures Television Diverse Director’s Program and is a 2019 BRIO Award and Bronx Council of the Arts Grant recipient for screenwriting. She is currently a fellow in the inaugural WGA-E Inclusive Screenwriters Workshop under the mentorship of Oscar®-nominated screenwriter Scott Frank and Kelly Carmichael of Freckle Films.

Ursula Liang has worked for The New York Times Op-Docs, T: The New York Times Style Magazine, ESPN The Magazine, Asia Pacific Forum on WBAI, StirTV, the Jax Show, Hyphen magazine, New Yorker Festival, the 2050 Group publicity, and currently freelances as a film and television producer and story consultant. Various credits include: One October, Third Act, UFC Countdown, UFC Primetime, Tough Love. She is a member of Film Fatales, A-DOC, and sits on the executive board of Brown Girls Doc Mafia. Liang grew up in Newton, Mass. and lives in the Bronx, New York. Her debut feature, 9-Man, was broadcast on public television and called “an absorbing documentary” by The New York Times. Her latest film, Down a Dark Stairwell, had its premiere at True/False and was called “a vital picture of a tumultuous time” by Vox.