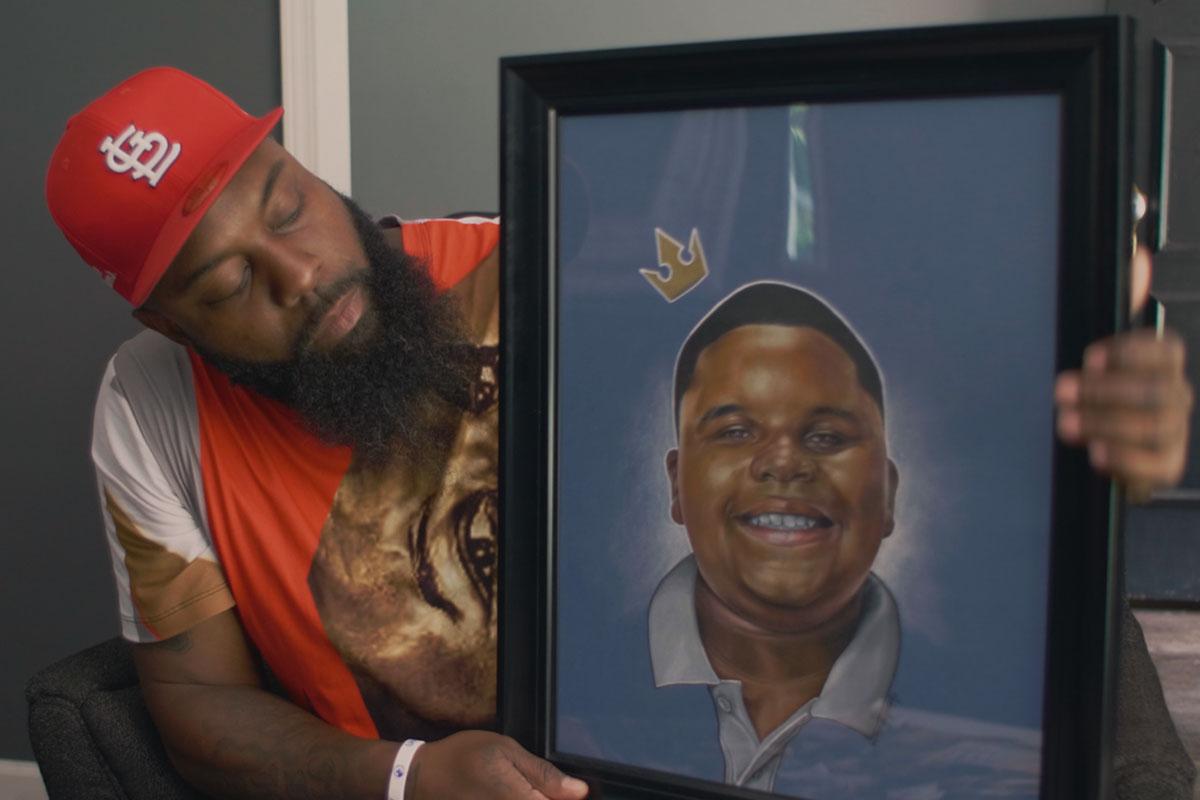 Ferguson Rises is about tragedy, transcendence and hope. It is the story of a father's grief and a small town's defiance that showed the world that Black Lives Matter.

Mobolaji Olambiwonnu is the recipient of several awards including the prestigious Audience Award at the Tribeca Film Festival and the Directors Guild of America Student Award. Olambiwonnu was invited to screen his film as part of the Kodak Emerging Filmmakers showcase at the Cannes Film Festival. He won 2 Hermes Awards for 6 commercials he directed for the Los Angeles Metro's new 1.8 billion dollar rail line to the LAX airport. Olambiwonnu has also worked in the fields of education, conflict resolution, economic development and campaign organizing. He is currently touring with his film Ferguson Rises, teaching film history in the Pan African Studies Department at CalStateLA and developing long and short form content for himself and clients. Olambiwonnu’s goal is to use cinema as a tool to share diverse cultural and political experiences, critique the superficial conditions that divide us, and accentuate the merits of shedding our prejudices.

Despite his tough exterior, Michael Brown Sr. has struggled to come to terms with the murder of his teenage son. He has worked to find a positive path for himself and his family, including founding Chosen for Change, a nonprofit that provides support and community to other grieving families who have lost loved ones to police violence.

T.J. Martin is an Oscar® and Emmy® award winning American filmmaker. Martin's film Undefeated (2011), for which he was co-director, co-editor, and co-cinematographer, won the 2012 Oscar® for Best Documentary Feature. His film LA 92 (2017), for which he was co-director and co-editor, won the 2017 Primetime Emmy® for Exceptional Merit in Documentary Filmmaking. In 2021, Martin co-directed a documentary film about the life of Tina Turner, titled Tina, for HBO. Martin is the first film director of African-American descent to win an Oscar® for a feature-length film.

David Oyelowo is a British actor and producer who holds dual British and American citizenship. His accolades include a Critics' Choice Award, a Screen Actors Guild Award, and nominations for two Golden Globe® Awards and two Primetime Emmy® Awards. In 2016, he was appointed an Officer of the Order of the British Empire (OBE) for his services to drama. Oyelowo rose to prominence for portraying Martin Luther King Jr. in the biographical drama film Selma (2014) and Peter Snowdin in the HBO film Nightingale (2014), both of which garnered him critical acclaim. He also achieved praise for his roles as Louis Gaines in The Butler (2013), Seretse Khama in A United Kingdom (2016) and Robert Katende in Queen of Katwe (2016). He founded the production company Yoruba Saxon with his wife Jessica Oyelowo, which recently signed a deal with Walt Disney Pictures.