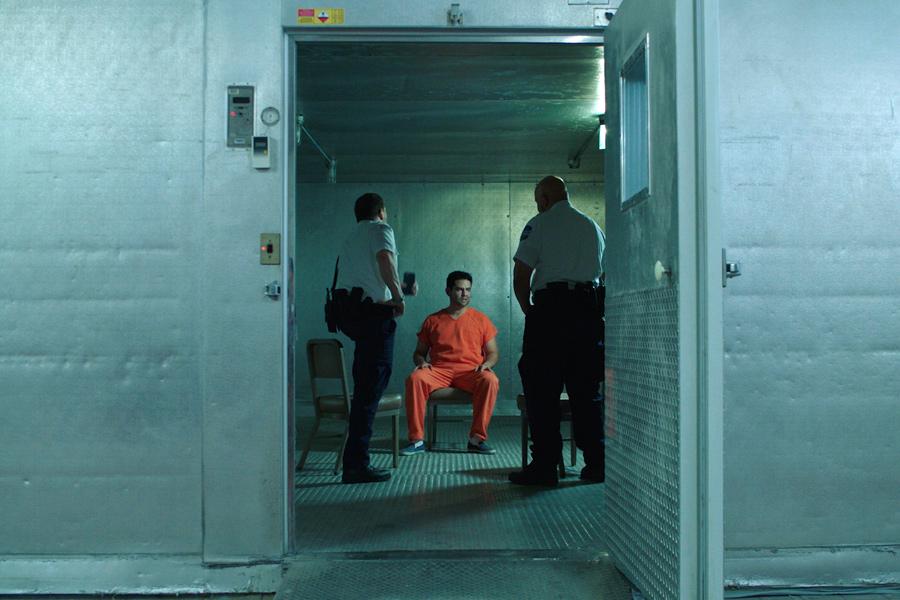 The inspiring and unbelievable true story of young immigrant activists who intentionally get detained by ICE and locked in a shady, for-profit detention center in order to affect immigration reform from the inside.

Alex Rivera is a filmmaker who’s been telling new, urgent, and visually adventurous Latino stories for more than twenty years. His first feature film, a cyberpunk thriller set in Tijuana, Mexico, SLEEP DEALER, won multiple awards at the 2008 Sundance Film Festival and the Berlin International Film Festival, and was released theatrically in the U.S. Rivera’s second feature film, a documentary/scripted hybrid set in and around an immigration detention center, THE INFILTRATORS, won both the NEXT Audience Award and the Innovator Award at the 2019 Sundance Film Festival and will be released theatrically in 2020. THE INFILTRATORS is being developed as a scripted TV series by Blumhouse Television. Rivera’s work has been supported by the Ford Foundation, the Tribeca Film Institute, the Open Society Institute, Creative Capital, and many others. Alex studied at Hampshire College, was the Rothschild Lecturer at Harvard University, and is currently a distinguished lecturer in Media Studies at Queens College.

Cristina Ibarra’s twenty-year film practice visualizes a border-crossing storytelling aesthetic rooted in her homeland of the Texas-Mexico border. Ibarra’s new feature documentary, THE INFILTRATORS, is a docu-thriller about undercover undocumented activists. It won the NEXT Audience and Innovator Awards at the Sundance Film Festival in 2019. The New York Times calls her previous award-winning documentary about South Texas border royalty, LAS MARTHAS, “a striking alternative portrait of border life.” It premiered on Independent Lens in 2014. Earlier, in 2008, USA Today described THE LAST CONQUISTADOR, her POV-broadcast feature documentary about a monumental sculptor with a tragic historical blindspot, as “heroic.” Her award-winning directorial debut, DIRTY LAUNDRY: A HOMEMADE TELENOVELA, was broadcast on PBS. She is the recipient of fellowships from the Rockefeller Foundation, NYFA, CPB/PBS, the Latino Producers Academy, Firelight, the Sundance Women’s Initiative and Creative Capital, among others. Ibarra is a 2019 Soros Art and a Rauschenberg fellow.