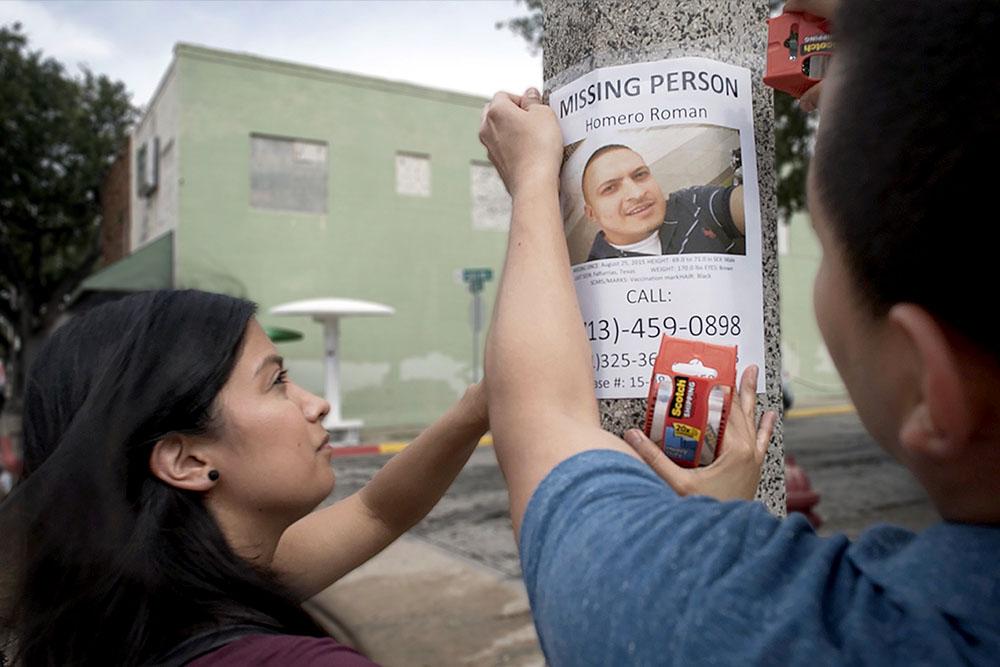 Two families arrive in Brooks County, Texas to look for their loved ones who went missing after crossing into the country from Mexico. On their search they meet vigilante ranchers, human smugglers, humanitarian activists, and Border Patrol agents, all of whom are locked in a proxy version of the national immigration debate. A gripping investigative documentary, Missing in Brooks County is a portrait of a place that confronts the life-and-death consequences of a broken immigration system.

This digital screening includes a moderated filmmaker conversation that will be on demand with the film. The Q&A features film participant Michelle Chinos, co-director and producer Lisa Molomot and producer and editor Jacob Bricca, moderated by Robert Abele of the LA Times.

A graduate of the American Film Institute, Lisa Molomot has produced and directed award-winning documentaries about her home, the American Southwest, including Missing in Brooks County, The Cleaners, and Soledad. She has also focused on stories about education. Her film School's Out has been an integral part of the outdoor education movement for young children, and her recent short Teaching in Arizona is an inside look at the teaching crisis in that state. Lisa, a recent Fulbright scholar, has taught documentary filmmaking at Wesleyan University, Yale University, Trinity College, and the University of Arizona. She is a member of the film collective New Day Films.

Jacob Bricca, Producer/Editor has edited over a dozen feature documentaries including the 2016 Sundance Special Jury Prize winner The Bad Kids and the international theatrical hit Lost in La Mancha. Fluent in Spanish, Jacob also brings experience editing multi-cultural stories, such as Precious Knowledge, about Arizona’s epic battle to ban ethnic studies in public schools, and Beyond the Border about four sons from a Mexican family struggling to overcome class barriers in Kentucky. Jacob has produced two feature length documentaries, is an Associate Professor at the University of Arizona's School of Theatre, Film & Television, and is the author of the definitive volume on documentary editing, Documentary Editing: Principles and Practice (Routledge, 2018).

Michelle Chinos, a native of Houston, Texas, has been a medical assistant for the past ten years working with pediatrics and adults in family practice, urgent care, and OBGYN. Michelle is featured in the film and is searching for her missing brother-in-law, Homero Roman, who went missing in Brooks County, Texas five years ago.