My Name Is Pauli Murray 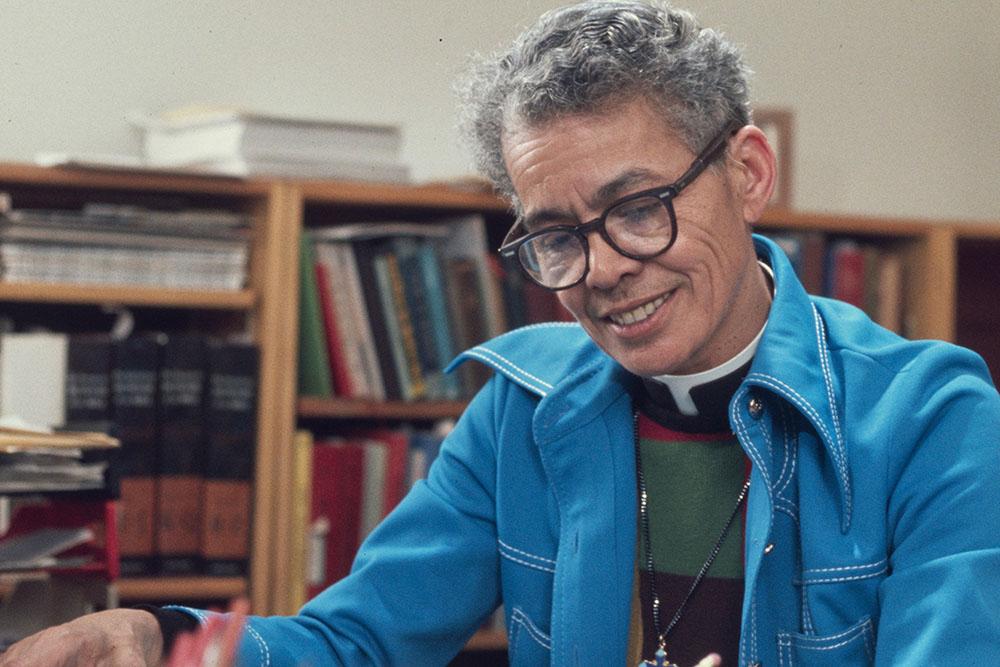 In the fight for race and gender equality, there was one person you may not know the name, but you live in Pauli Murray’s legacy. As a pioneering attorney, activist, dedicated memoirist and non-binary African American, Pauli tirelessly advocated and shaped some of the most politically consequential issues of our time.

This digital screening includes a moderated filmmaker conversation that will be on demand with the film. The Q&A features directors Betsy West and Julie Cohen, moderated by Shaniqua McClendo, Political Director at Crooked Media.

Betsy West is the Academy Award®-nominated director/producer of RBG (Magnolia, Participant, CNN Films, 2018) along with Julie Cohen. She is a 21-time Emmy® Award winner for her work as an ABC News producer and executive producer of the documentary series Turning Point. As vice president at CBS News from 1998 to 2005, she oversaw 60 Minutes and 48 Hours. She was executive producer of the MAKERS (AOL & PBS, 2012) documentary and digital series, the short doc The 4%: Film’s Gender Problem (Epix, 2016) and the feature documentary The Lavender Scare (PBS 2017). A graduate of Brown University, she is the Fred W. Friendly professor emerita at Columbia Journalism School.

Julie Cohen is the Academy Award®-nominated director and producer of RBG (Magnolia, Participant, CNN Films, 2018) along with Betsy West. Previous films she’s directed include The Sturgeon Queens (7th Art Releasing/PBS; Berlinale, 2015; Best of the Fest, San Francisco Jewish Film Festival), and Ndiphilela Ukucula: I Live to Sing (PBS; 2014 New York Emmy Award for Best Arts Program). Before she started making documentaries, Julie was a staff producer for NBC News and the creator and producer of Supreme Court Watch on Court TV. She holds a B.A. from Colgate and master’s degrees from Columbia Journalism School and Yale Law School.