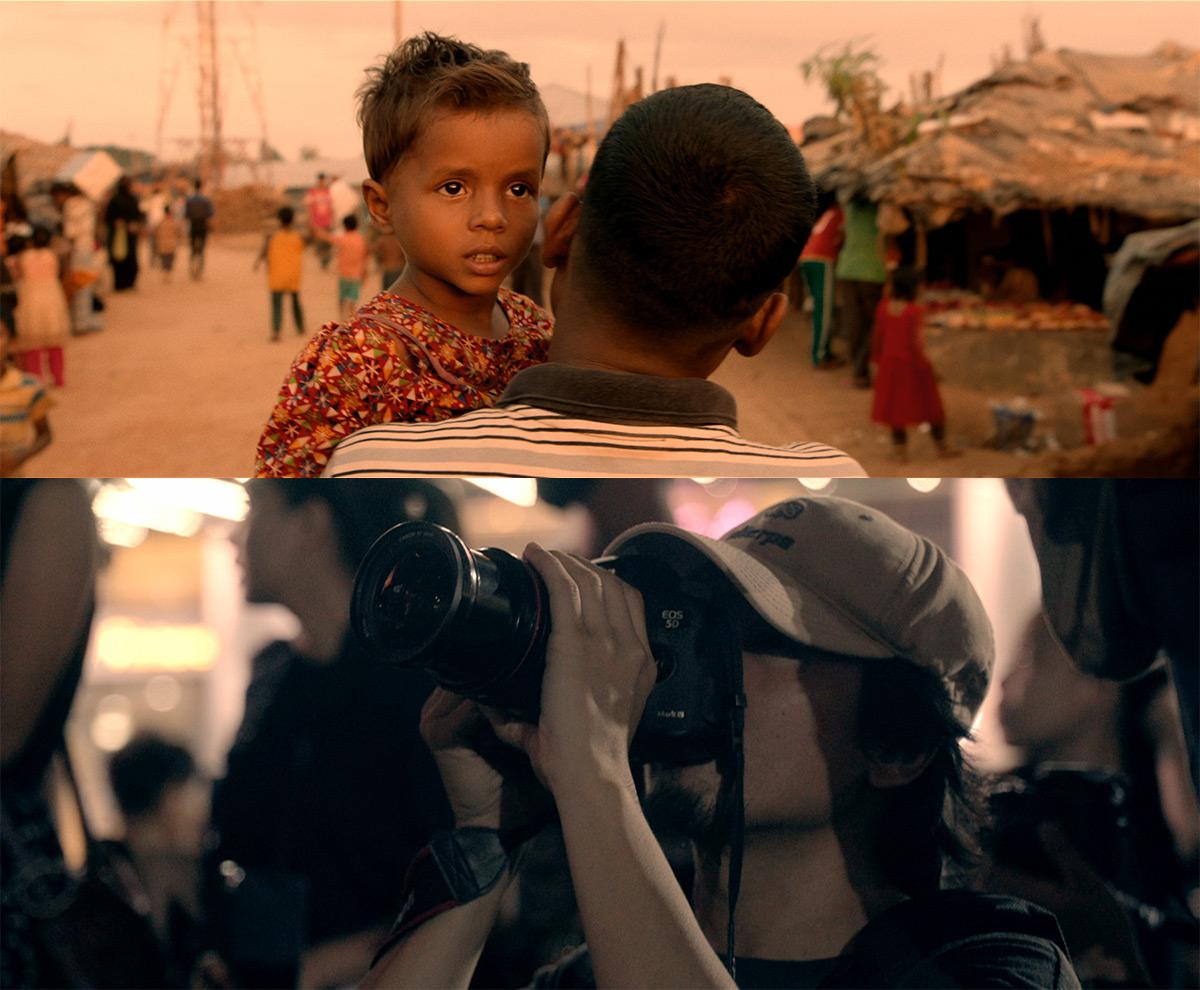 Separating thousands of families from loved ones along the way, a brutal campaign of ethnic cleansing and violence perpetrated by the Myanmar military has driven more than 700,000 Rohingya from their homes.  Lost and Found, directed by Academy Award-winner Orlando von Einsiedel (“The White Helmets,” “Virunga”), is an inspiring story of humanity and heroism in the world’s largest refugee camp; it follows Kamal Hussein, a Rohingya refugee who has dedicated his life to reuniting children with their parents.

With unprecedented access, The Nightcrawlers, directed and filmed by Alexander A. Mora, is an unflinching exposé of Filipino President Duterte’s war on drugs, in which some claim over 20,000 people have been killed. R.L., a former staff photographer for a prominent newspaper, leads the Manila Nightcrawlers, a small group of determined photojournalists on a mission to expose the true cost of the violent campaign. In covering both sides of the conflict, The Nightcrawlers reveals a harrowing twist behind Duterte’s deadly crusade.

Screening of shorts is followed by a moderated post-film conversation with directors Alexander A. Mora and Orlando von Einsiedel, plus a reception at the Landmark Wine Bar.

Alexander A. Mora is a first-time filmmaker and was an active member on the board of Yale Law School’s Human Rights and Development Journal before directing The Nightcrawlers. His persistent desire to find greater synergy between his passion for creative storytelling and his dedication to rights-based advocacy led to his first foray into narrative documentary filmmaking. Mora holds a Bachelor of Arts from Oxford University and a master’s degree in architecture from Yale University, where his final thesis explored the synthesis of filmmaking and architecture through parametric and 3D animation. After receiving his architectural training, Mora worked at the United Nations and in a broad range of public- and private-sector roles, merging the creative disciplines, policy and legislation. Mora currently lives in London.

Orlando von Einsiedel is the multi award-winning director of the Oscar® nominated Netflix short documentary, The White Helmets. His first feature, the BAFTA and Academy Award® nominated documentary, Virunga won over 50 international awards including an EMMY, a Peabody, a Grierson and a duPont-Columbia Award for outstanding journalism. Orlando is drawn to telling inspiring human narratives from around the world, frequently combining intimate personal stories with powerful visual aesthetics and in-depth investigations. He has worked in every continent, often in impenetrable and difficult environments, from pirate boats to war zones. Formerly a professional snowboarder, Orlando studied for an MSc in Anthropology and Development at the London School of Economics and is co-founder of UK award-winning production company, Grain Media.