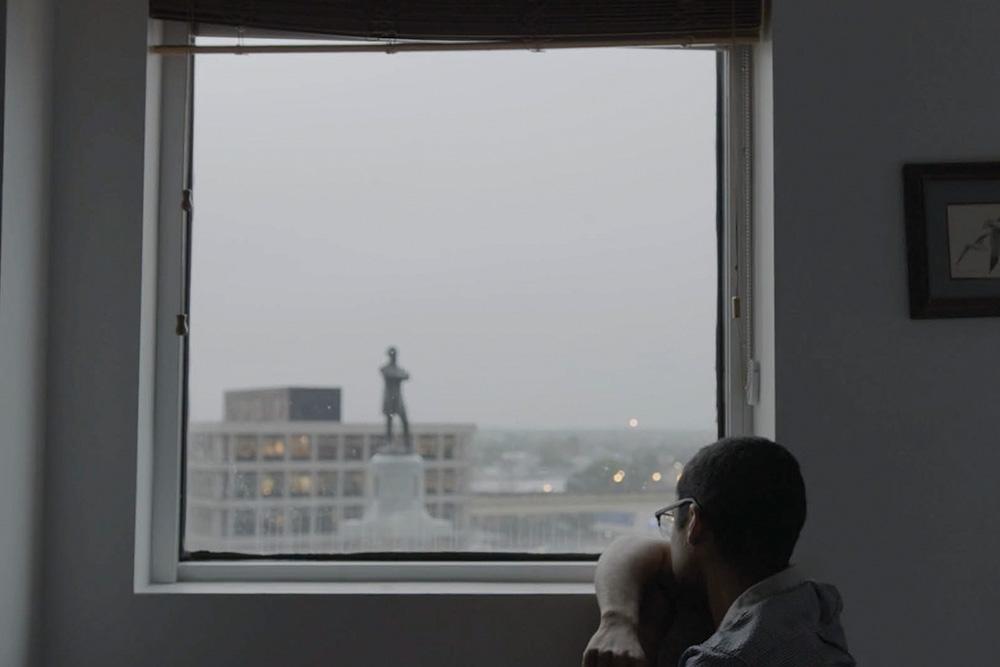 The Neutral Ground documents New Orleans’ fight over monuments and America’s troubled romance with the Lost Cause. In 2015, director CJ Hunt was filming the New Orleans City Council’s vote to remove four confederate monuments. But when that removal is halted by death threats, CJ sets out to understand why a losing army from 1865 still holds so much power in America.

This digital screening includes a moderated filmmaker conversation that will be on demand with the film. The Q&A features director CJ Hunt, producer Darcy McKinnon and executive producer Roy Wood Jr., moderated by Eric Deggans, TV Critic at NPR.

CJ Hunt is a comedian and filmmaker living in NYC. He is currently a field producer on The Daily Show with Trevor Noah. He has also served as a staff writer for A&E's Black and White, and a field producer for BET's The Rundown with Robin Thede. Before working in late night, CJ spent nine years living in New Orleans where - in 2015 - he began filming what he thought would be a quick and easy confederate monument removal. CJ is an alumnus of Firelight Media's Doc Lab and New Orleans Film Festival's Emerging Voices program. He is also a 2020 New America Fellow and a regular host of The Moth. A graduate from Brown University's Africana Studies department, CJ is endlessly fascinated by race and comedy's ability to say what we can't. @cjhunt. website

Darcy McKinnon is a documentary filmmaker based in New Orleans. McKinnon's work in documentaries includes Maquilapolis, Live, Nude, Girls, UNITE!, Animals and The Neutral Ground with CJ Hunt (Tribeca 2021). With a background in education and arts organization leadership, she produces documentary work that focuses on the American South, and is currently in mid-production on Commuted with Nailah Jefferson, and Katie Mathews’ Roleplay. She also co-directed the award winning doc short, A Fine Girl, currently in festival circuits and on PBS Reel South. McKinnon's work has been broadcast on POV, LPB and Cinemax, and her current projects have received support from SFFILM, CAAM, Chicken and Egg, Firelight Media, ITVS, Black Public Media, Sundance and Tribeca. Darcy is a co-founder of ALL Y'ALL, an alum of the Impact Partners Producing Fellowship and the Sundance Institute Creative Producing Fellowship and one of Filmmaker Magazine’s 2020 25 new faces in independent film.

Roy Wood Jr. joined The Best F#@ing News Team in 2015 as a correspondent on Comedy Central’s Emmy®-nominated The Daily Show with Trevor Noah. In 2021, Comedy Central continues its long-standing relationship with the talented comedian and actor collaborating on two podcasts–Roy’s Job Fair and Beyond the Scenes–as well as a third hour-long stand-up special airing later this year. As an Executive Producer, his credits include the PBS documentary The Neutral Ground, an HBO Max project 1% Happy and an untitled medical field comedy for NBC. Wood will executive produce, write, and star in an untitled single-camera comedy about the National Guard in works at FOX, with Denis Leary producing it for television. In theaters, Wood will star alongside Jon Hamm in the long-awaited Fletch remake, Confess, Fletch, currently in production.