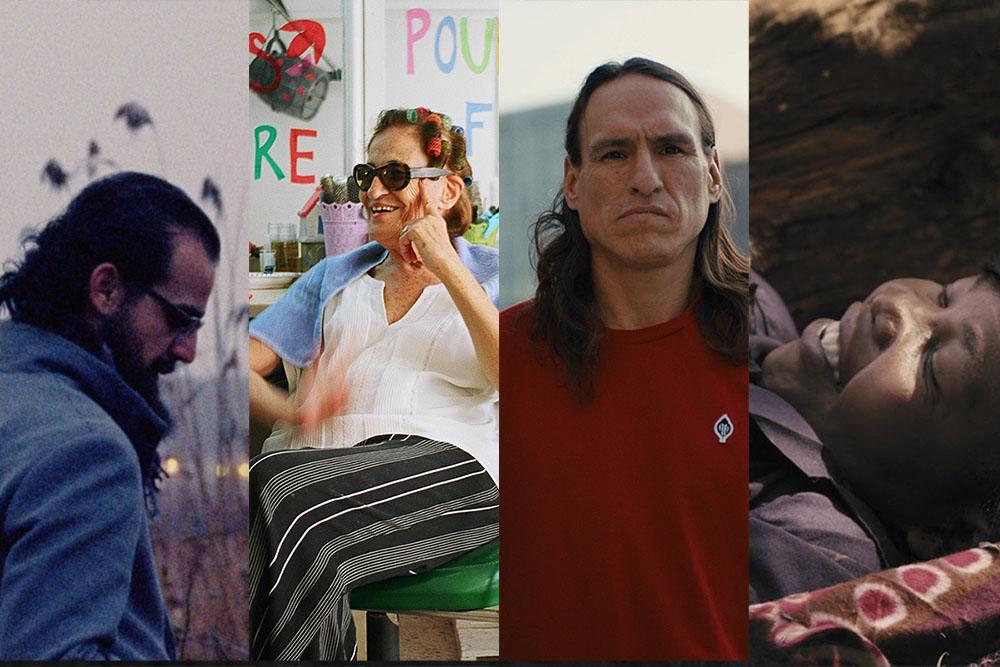 The New Yorker is considered by many to be one of the most influential magazine in the world, renowned for its in-depth reporting, political and cultural commentary, fiction, poetry, and humor. We are excited to present four documentary shorts from the publication:

A Syrian architect and artist stuck in the U.S. on a single-entry visa eases his homesickness by sculpting life-like renditions of the home he left behind.

A group of women is gathered at Saïda’s, the hairdresser, on the eve of the presidential election. The salon is transformed into a town square, mirroring the internal turmoil of the country. In this female sanctuary, we get an intimate look at the county’s teenage democracy.

Joe Buffalo is an Indigenous skateboard legend. He’s also a survivor of Canada’s notorious Indian Residential School system. Following a traumatic childhood and decades of addiction, Joe must face his inner demons to realize his dream of turning pro.

In a brutally dangerous landscape, sanctuary becomes the most valued commodity–both to heal and be healed. Mama Zawadi and her "babies," orphaned baby chimpanzees traumatized by the violence threatening their extinction, find their own sanctuary together at the Lwiro Primates Rehabilitation Center where unconditional love is the first step in healing the wounds of war.

This digital screening includes a moderated filmmaker conversation that will be on demand with the film. The Q&A features directors Sarra El Abed and Amar Chebib and director and producers Jimmy Goldblum and Pablo De La Chica, moderated by Lorraine Al of the LA Times.

Jimmy Goldblum is an Emmy® Award-winning director and producer based in Altadena, CA. Jimmy directs the critically acclaimed documentary series, Chef’s Table for Netflix (IDA Winner - “Best Documentary Series”)  and HOME for Apple+.  Jimmy directed the pilot and set the look of Unsolved Mysteries, the reimagining of the 80s cult series;  produced by 21 Laps (Stranger Things), Unsolved spent its first 10 days on Netflix as the most watched series in the world. Jimmy directed and produced Tomorrow We Disappear, a feature documentary about India’s last colony of magicians, acrobats, and puppeteers. It premiered in competition at the Tribeca Film Festival, and IndieWire listed it as one of the “20 Best Documentaries of 2014.”

Flirting between fiction and documentary filmmaking, Sarra El Abed likes to breathe whimsy into the ordinary and comedy into dramatic situations. Her last project Ain't No Time for Women was presented in multiple prestigious festivals (Clermont Ferrand, Slamdance, Palm Springs…) She won multiple prizes including the award for Best Canadian Short at Hot Docs, the FIPRESCI Award at Regard as well as Le Prix de la Relève at the RIDM. This last prize gave her the opportunity to create a documentary film with CBC-Radio-Canada, which will take place in both Egypt and Tunisia in 2022. She’s currently working on her first feature Adieu Minette, selected at the Tiff Filmmaker Lab 2021. She was also selected for a TIFF Netflix Talent Accelerator Fellowship 2021.

Syrian-Canadian filmmaker Amar Chebib began making videos while growing up skateboarding in the Middle East. Over the past decade, he has made award-winning short films, commercials, as well as a feature documentary about three Syrian musicians turned refugees. His most recent work Joe Buffalo is a short hybrid doc about an Indigenous skateboard legend and survivor of the Indian Residential School system. It won the Audience Award at SXSW, was an Official Selection at Tribeca, and was executive produced by Tony Hawk. Amar resides with his wife on unceded Musqueam, Squamish, and Tsleil-Waututh territory in Vancouver, BC.

Pablo de la Chica studied Drama and Filmmaking on Madrid and Toronto. He has been working on different social projects around the world, especially in areas of war, conflict or violence. He has directed the documentary The Other Kids winning several awards in film festivals around the world and the series of refugees Dreams Without Borders for Aljazeera Documentary Channel.