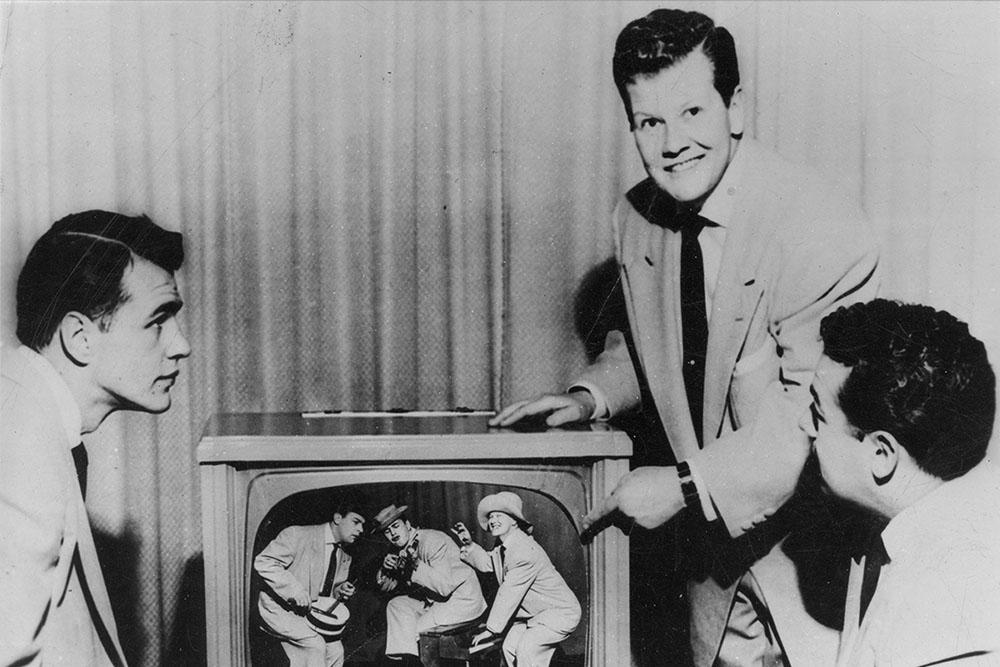 Jazz musician Billy Tipton developed a reputable career in the mid-twentieth century. After his death, when it was revealed that he was assigned female at birth, Tipton’s story was reframed as an ambitious woman passing as a man in pursuit of a music career. This genre-defying documentary seeks to correct that misrepresentation by collaborating with trans artists who celebrate Tipton’s story as a musician living according to his own terms, painting a portrait of a trans culture icon.

This digital screening includes a moderated filmmaker conversation that will be on demand with the film. The Q&A features co-directors Aisling Chin-Yee and Chase Joynt and co-writer and film subject Amos Mac, moderated by filmmaker Yance Ford.

Aisling Chin-Yee is an award-winning producer, writer, and director based in Montreal, Canada. Aisling was named one of Canada’s Rising Film Stars by Now Magazine 2019. Her feature film directorial debut, The Rest Of Us, starring Heather Graham (Boogie Nights, The Hangover), and Sophie Nélisse (The Book Thief) premiered at the Toronto International Film Festival 2019. Aisling also produced the award-winning feature film Rhymes For Young Ghouls; Last Woman Standing; And The Saver among others. 2014 marked her year as writer and director with the short film, Sound Asleep. In 2015, she directed the multi-award-winning documentary Synesthesia. In 2017, she co-founded the #AfterMeToo movement. In 2018 she was selected in the inaugural cohort of professionals in the 50 Women Can Change the World in Media and Entertainment in Hollywood. In 2019, Aisling received the TIFF Canning Fellowship.

Chase Joynt is a transgender moving-image artist and writer whose films have won jury and audience awards internationally. His latest short film, Framing Agnes, premiered at the 2019 Tribeca Film Festival, won the Audience Award at Outfest in Los Angeles, and is being developed into a feature film with support from Telefilm Canada’s Talent to Watch program. Awarded the EP Canada/Canada Film Capital Award for Emerging Canadian Artist, Joynt’s first book You Only Live Twice (co-authored with Mike Hoolboom) was a 2017 Lambda Literary Award Finalist and named one of the best books of the year by The Globe and Mail and CBC.

Amos Mac is an out transgender writer staffed on the drama series Gossip Girl (HBO Max, 2021). Previously he's worked on shows including Amazon’s Transparent and VICELAND’s Gaycation. From 2009-2019, Amos was a founding editor of Original Plumbing; the first print magazine in America dedicated to trans male culture. Informational and humorous, OP provided ten years of artful documentation of trans masculine community. The official book, Original Plumbing: The Best of Ten Years of Trans Male Culture, was released in 2019 by the Feminist Press. Amos Mac is repped by Raquelle David at Elevate Entertainment.