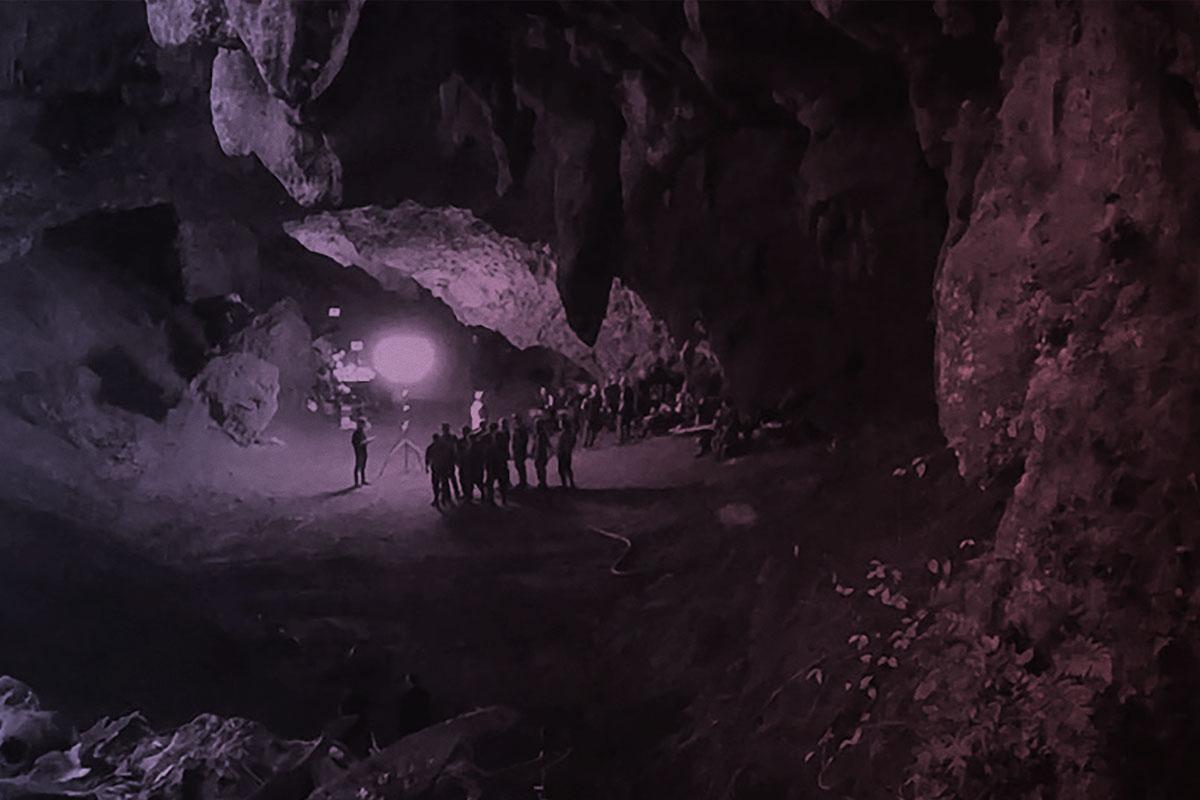 Join us for a special outdoor screening of The Rescue—a fundraiser for our In-Kind IDA Documentary Screening Series Grants. Our first in-person event in 19 months, mingle and reconnect with fellow members! There will be a pre-screening reception with award-winning filmmaker duo Chai Vasarhelyi and Jimmy Chin. Then stay for a post-screening conversation with filmmaker Chai Vasarhelyi and Anne Thompson, Editor at Large at IndieWire.

Your donation-based admission includes wine and beer plus a thoughtfully prepared Thai food dinner box, complimentary candy, popcorn and a non-alcoholic beverage. Special Nat Geo blankets will also be provided during the showing.

The Rescue chronicles the against-all-odds story of the 2018 rescue of 12 Thai boys and their soccer coach, trapped deep inside a flooded cave. E. Chai Vasarhelyi and Jimmy Chin reveal the perilous world of cave diving, bravery of the rescuers, and dedication of a community that overcame insurmountable odds to save these young boys.

Jimmy Chin is an Academy® Award-winning filmmaker, National Geographic photographer and professional climber and skier. He has led and documented cutting edge expeditions around the world for over 20 years. He has climbed and skied Mount Everest from the summit and made the coveted first ascent of the Shark’s Fin on Mount Meru. His photographs have graced the covers of National Geographic Magazine and the New York Times Magazine. Jimmy co-produces and co-directs with his wife Chai Vasarhelyi. Their film Meru won the Audience Award at the Sundance Film Festival in 2015 and was on the 2016 Oscar shortlist for Best Documentary Feature. Their latest documentary Free Solo won a BAFTA® and the Academy® Award for Best Documentary Feature in 2019, as well as seven Emmy® awards. Jimmy splits his time between New York City and Jackson Hole, Wyoming, with Chai, their daughter, Marina, and son, James.

Bob Eisenhardt is a filmmaker renowned for editing documentaries. He is an Oscar nominee, a four-time Emmy® winner, and a two-time winner of the Eddie award from the American Cinema Editors. He has over sixty films to his credit. His film, Spaces: The Architecture of Paul Rudolph, was an Academy® Award nominee for Best Short Documentary. Bob edited Free Solo, for which he received the ACE Eddie for Best Editing - Documentary. Other films include: Scotty and The Secret History of Hollywood, Meru, and two films that premiered at the New York Film Festival, Restless Creature: Wendy Whelan, and Everything is Copy: Nora Ephron, Scripted and Unscripted, winner of ACE Eddie for Best Editing – TV Documentary. Other films include Wagner’s Dream, Valentino: The Last Emperor, and Dixie Chicks: Shut Up & Sing. Bob also teaches the thesis master class at the SVA MFA Program and at the NYFA.

Thanet Natisri is a founding member and CEO of American Groundwater Solutions, LLC, founder and CEO of WATERFORCE CO., LTD., and co-owner of Thai D Classic Thai Cuisine in Marion, IL. Thanet has been highly involved in charitable acts regarding water management and environmental care globally for several years. Beginning in 2014 Thanet and his team along with Nitedsasanakun Foundation kickstarted the ongoing National Groundwater Bank Project in Thailand, which has helped to lift thousands of people from poverty. During the Thai cave rescue incident in 2018, Thanet was requested by the Royal Thai Army to help with water management operations which included water diversion and pumping operations for the mission. His charity work has been recognized by the US Congress and Illinois House of Representatives and has received numerous honors from 2018-2021. including the United Nation Human Rights Defender award.