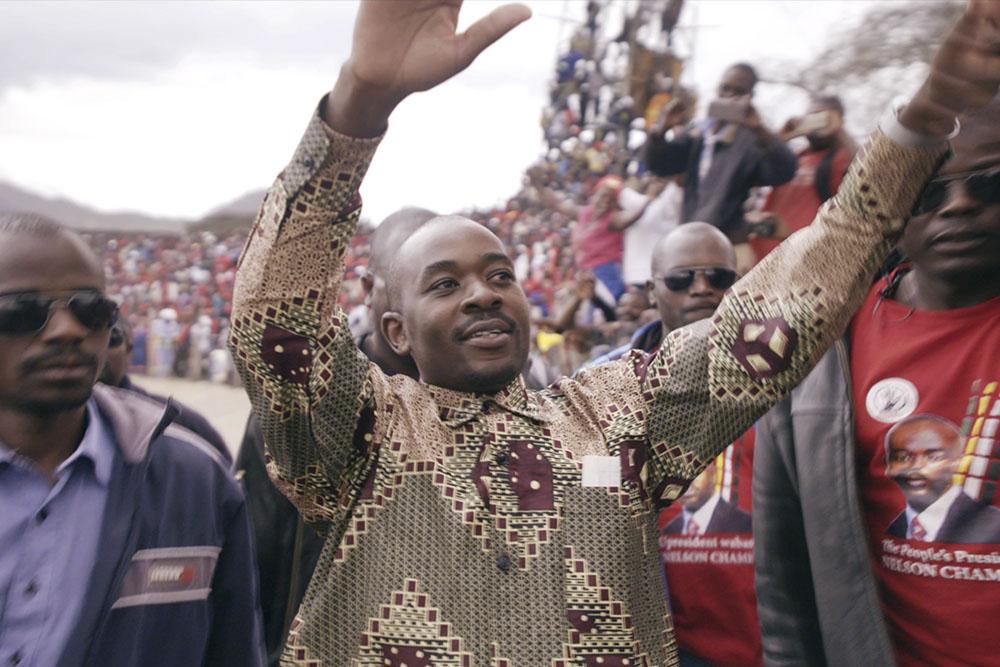 Zimbabwe is at a crossroads. In the first election since the removal of Robert Mugabe, the new leader of the opposition Nelson Chamisa is challenging the dictator’s corrupt legacy, and his successor Emmerson ‘the crocodile’ Mnangagwa. The election will be the ultimate test for both sides. How they interpret the principles of democracy, if they can inspire trust among the citizenry, not succumb to violence, and foster faith in institutions, will set the course for the future for the country.

This digital screening includes a moderated filmmaker conversation that will be on demand with the film. The Q&A features director Camilla Nielsson, moderated by Shaniqua McClendon, Political Director at Crooked Media.

Camilla Nielsson was a Fulbright Scholar at Tisch School of the Arts, (NYU), and in the Dept. of Anthropology (NYU), where she studied documentary filmmaking and visual anthropology from 1997-2000.  She directed the documentary short trilogy Good Morning Afghanistan (2003), Durga (2004), and The Children of Darfur (2005), about children’s rights, and Mumbai Disconnected (2009).  Since 2007, she has collaborated with video artist Yael Bartana on the trilogy We Will Be Strong in Our Weakness (Berlinale 2011, Venice Biennale 2011), and Demonstrators (2011), for the exhibition Re:Constructed Landscapes (Danish National Gallery / SMK). She was the artistic advisor for Yael Bartana’s What if Women Ruled the World opening at Manchester International Festival in July 2017. Camilla Nielsson’s first feature documentary Democrats (2014),  screened at more than 80 film festivals, and won 20 awards and nominations, including Best Documentary at Tribeca Film Festival 2015, and Best Documentary at Nordic Panorama 2015.