Rita Moreno: Just a Girl Who Decided to Go For It 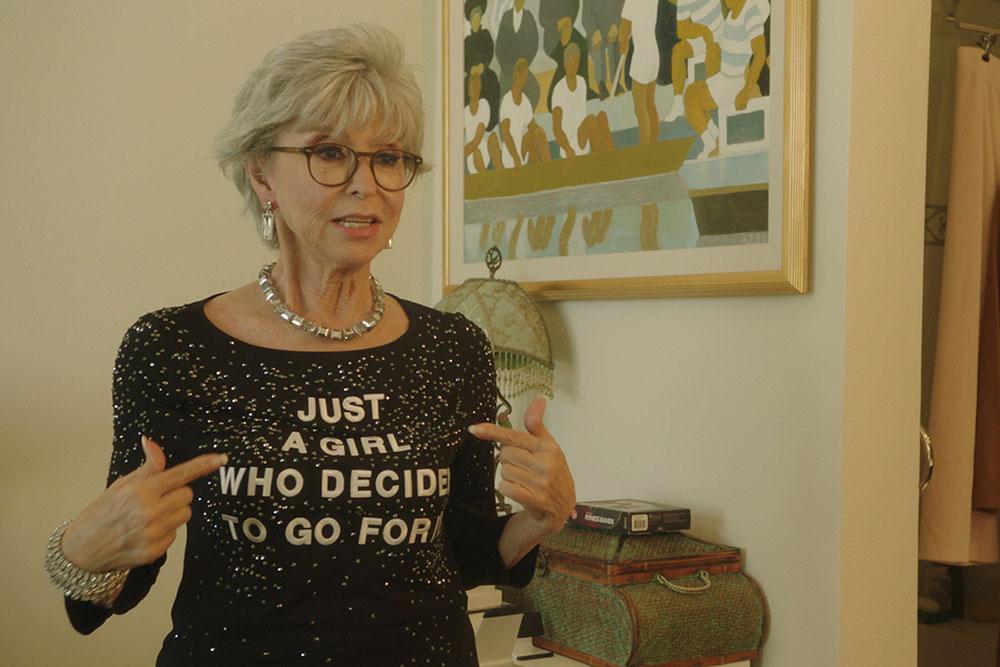 A look at the life of Rita Moreno from her humble beginnings to trailblazing success, while breaking down barriers, fighting for representation and forging a path for new generations of artists.

Rita Moreno is celebrated as one of the world’s most honored actresses and is admired for her tenacity in pursuing issues of racial equity and justice.  Her legendary career spans seventy years, on stage, television and in film. She belongs to an elite group having won the prestigious Oscar®, Emmy®, Tony® and Grammy®. Rita is recipient of countless honors, including the Peabody Career Achievement Award, the Kennedy Center Honor, the Presidential Medal of Freedom and the National Medal of Arts.

Brent Miller serves as President of Production for Norman Lear’s ACT III Productions and has been working with ACT III for over a decade. He and Lear teamed with Jimmy Kimmel to Executive Produce (2) Primetime Specials of Live In Front Of A Studio Audience for ABC. The specials set ratings records and earned Miller (2) Primetime Emmys® for “Outstanding Variety Special (Live)” in 2019 and 2020. Miller served as an Executive Producer for (4) seasons of One Day At A Time, a Latinx reimagining of the classic TV series.  Currently, he is Executive Producing a reimagined Good Times, Mary Hartman Mary Hartman, Who’s The Boss and several other original properties. His feature credits include the documentaries, Rita Moreno: Just A Girl Who Decided To Go For It and Norman Lear: Just Another Version Of You, as well as, the narrative film, I Carry You With Me --which won the Audience and Innovator Awards at Sundance in 2020.