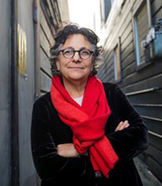 An award-winning filmmaker, Roberta Grossman has written, directed and produced more than 40 hours of film and television. Grossman is currently releasing Who Will Write Our History. Also in 2018, Grossman co-directed and produced the Netflix Original Documentary Seeing Allred, about women’s rights attorney Gloria Allred. Seeing Allred premiered in competition at the 2018 Sundance Film Festival.  In 2014, Grossman directed Above and Beyond for producer Nancy Spielberg. That film won the audience award at more than 20 film festivals worldwide. Grossman’s 2012 Hava Nagila (The Movie) was the opening or closing night film at more than 30 film festivals. Blessed Is the Match: The Life and Death of Hannah Senesh, Grossman’s 2008 film was shortlisted for an Academy Award, won audience awards at 13 film festivals, aired on PBS/Independent Lens and was nominated for a Primetime Emmy.  Grossman produced Dorothea Lange: Grab a Hunk of Lightning, which aired on PBS/American Masters in 2014, and was the series producer and co-writer of 500 Nations, the eight-hour CBS series on Native Americans hosted by Kevin Costner. Her film Homeland: Four Portraits of Native Action, aired on PBS in 2005. 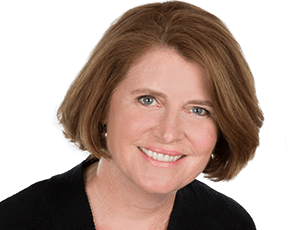 Sophie Sartain is the co-director and producer of the Netflix Original Documentary Seeing Allred, which premiered at the 2018 Sundance Film Festival and was described as “remarkably engaging (The New York Times), “utterly fascinating” (CNET), and “the perfect companion to the #MeToo movement" (Variety). Sartain was the writer, director, and producer of the documentary Mimi and Dona, which aired on PBS/Independent Lens in 2015 and was named one of the top-ten TV shows of the year by Neil Genzlinger of The New York Times. Sartain's other credits include the 2014 documentary Above and Beyond (writer); the 2012 documentary Hava Nagila (The Movie) (writer/producer); and the Emmy-nominated 2008 film Blessed Is the Match: The Life and Death  of Hannah Senesh (writer/co-producer). She has contributed as a writer and story consultant on additional film projects, including Who Will Write Our History (2018), Feminists: What Were They Thinking? (2018), Hotel Everest (2017), Ishi's Return (2016), and Rock in the Red Zone (2015). Sartain has been a film envoy with the American Film Showcase, a diplomacy program run by State Department in partnership with the USC School of Cinematic Arts. She is a member of New Day Films. She has served as a panelist for the National Endowment for the Humanities' America's Media Maker grants, and is the recipient of grants from ITVS Open Call and the Fledgling Fund.