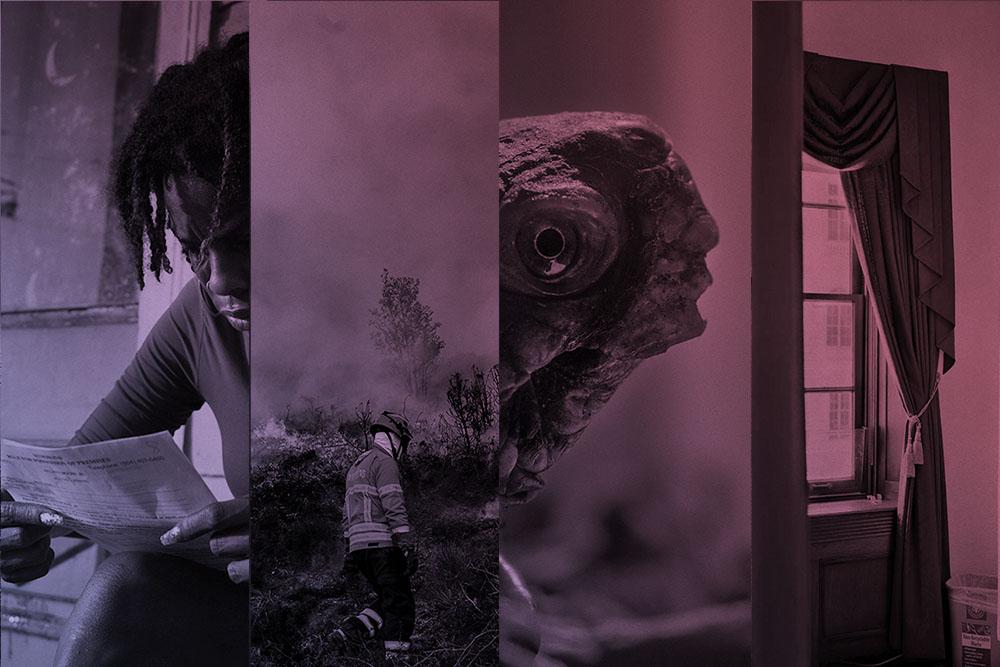 TIME Studios is an Emmy Award®-winning television, film and immersive studio focusing on the development, production and distribution of truth-based premium unscripted and scripted premium storytelling that moves the world. This IDA Screening Series shorts program includes four films from the studio:

FROM DEVIL’S BREATH tells the unlikely story of two remarkable narratives that come crashing together; the extraordinary, inspiring community of survivors of the deadly 2017 wildfires in Portugal, fighting to ensure what they’ve lived through can never happen again; and a revolutionary, world-changing scientific discovery which could help protect us all from the climate emergency.

A short film inside a lactation room in the U.S. Congress Longworth House Building reveals the hidden labor of working mothers. In the Capitol lounge, women from across the aisle mingle and bond, a rare opportunity in an era of intense divisiveness. Coincidentally, the week Botz was filming, Congress adopted the Federal Employee Paid Leave Act, which now offers 12 weeks of paid parental leave to approximately 2.1 million federal workers.

America's eviction crisis has been particularly difficult for Black women during the COVID-19 pandemic. Filmmaker Kathleen Flynn followed two single moms over six months, as they tried to hold on to a safe place to live and care for their children. The sickness and job losses of 2020 compounded anxieties that linger 15 years after many were displaced by Hurricane Katrina, as the city was battered by the most active Atlantic hurricane season on record.

Snowy is both an investigation into animal happiness and an intervention to improve one turtle’s life. We explore our capacity to understand the animals that live in our homes. Snowy’s story is a stand-in for the unexamined lives of our house pets—the goldfish, lizards, guinea pigs, and hermit crabs of our childhoods—the JV squad of house pets—the ones too small, short-lived and expressionless to garner much of our human attention.

Orlando von Einsiedel is the director of the Academy® Award-winning short documentary, The White Helmets. The film was also nominated for two Emmy® awards. His debut feature documentary Virunga charted the story of a group of courageous park rangers in the Democratic Republic of Congo. BAFTA® and Academy® Award-nominated, the documentary won over 50 international awards including an Emmy®, a Grierson and a duPont-Columbia Award for outstanding journalism. The film was also recognised for its role in protecting the Virunga National Park winning a Peabody, a Television Academy Honor and the prestigious 2015 Doc Impact Award.

More recent notable projects include Evelyn, which won the 2018 British Independent Film Award (BIFA) for Best Documentary, and the Emmy®-nominated short film Lost and Found. Orlando was also an executive producer on Learning To Skateboard In A Warzone (If You’re A Girl) which picked up this year’s Oscar® for Best Documentary Short.

Spencer Bakalar is an editor and senior producer at TIME. She is drawn to stories that take a deeper look at the news and reflect the power of shared human experience. Editing longform documentaries is her passion. In 2017, she produced and edited "FIRSTS," TIME’s award-winning documentary series featuring 46 groundbreaking women. For the series, she interviewed almost every woman on the list — from Madeleine Albright to Aretha Franklin. Prior to TIME, Spencer worked at the Los Angeles Times and covered a wide range of stories, including environmental injustices in East L.A., farm labor in Mexico, and Pulitzer Prize-winning breaking news coverage on the mass shooting in San Bernardino. Her work has been recognized by the Livingston Awards, the Webby Awards, and the News and Documentary Emmys®.

Kaitlyn Schwalje is a science journalist and documentary director based in Portland, Maine. She received a B.S. in Physics from Carnegie Mellon University and completed her postgraduate studies at the Copenhagen Institute of Interaction Design. Before pivoting to storytelling, Kaitlyn worked for the research division of the Walt Disney Company. Her stories about her disaster obsessed father, tsunamis, the seismic history of the Pacific Northwest and squirrels crashing NASDAQ appear in CBC, Atlas Obscura, WNYC, 99% Invisible, Nat Geo, and others.