Torn Apart: Separated at the Border

Directed by Oscar® and Emmy® winner Ellen Goosenberg Kent, this documentary follows the story of two mothers who were separated from their children in the U.S. for months and who fled danger in their homelands and sought asylum. Both mothers work with pro-bono lawyers and volunteers to reunite with their kids, who have been placed thousands of miles away with little access to communication. These stories illuminate the ongoing crisis at the U.S.-Mexico border and reveal how separated families are forced to navigate a complex system while desperately attempting to reunite with their children. 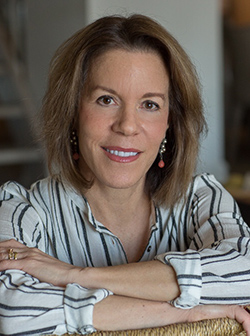 Ellen Goosenberg Kent is a multi-award-winning filmmaker whose work has been praised for its humanity and unflinching honesty. Crisis Hotline: Veterans Press 1 won the Academy Award for Best Documentary (Short Subject). Her critically acclaimed films about the wounds of war include Wartorn (Television Academy Honors) and the Emmy- nominated Alive Day Memories: Home From Iraq. Her other credits include One Nation Under Dog, which premiered at Tribeca Film Festival and won a humanitarian award at the Hamptons International Film Festival; Risky Drinking; Middle School Confessions; Brett Killed Mom; I Have Tourette’s But Tourette’s Doesn’t Have Me (Primetime Emmy Award) and Too Hot Not to Handle about Americans responding to climate change. She has been nominated for two DGA directing awards.