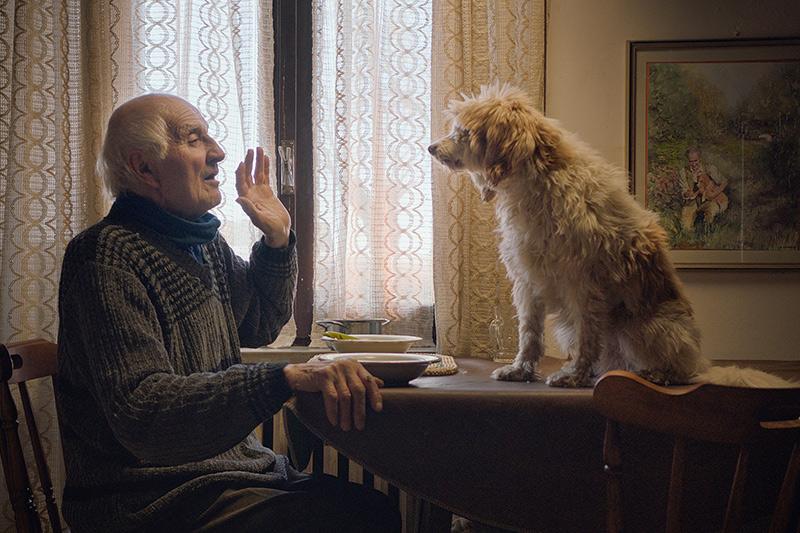 Deep in the forests of Piedmont, Italy, a handful of men, seventy or eighty years young, hunt for the rare and expensive white Alba truffle.  They’re guided by a secret culture and training passed down through generations, as well as by the noses of their cherished and expertly trained dogs.  They live a simpler, slower way of life, in harmony with their loyal animals and their picture-perfect land, seemingly straight out of a fairy tale.

Michael Dweck is an award-winning filmmaker and visual artist known for his narrative photographic and film projects. His work depicts the beauty and intricacy of human life, while exploring on-going struggles between identity and adaptation within endangered societal enclaves. His directorial debut, the feature documentary, THE LAST RACE, premiered at the 2018 Sundance Film Festival. In 2019, he was a Sundance Institute Catalyst Forum fellow, and Sundance Music and Sound Design Lab fellow. THE TRUFFLE HUNTERS is his second feature documentary film. Dweck’s projects incorporate mediums ranging from photography and sculpture to film and sound.  Dweck’s works have been featured in solo and group exhibitions at museums and galleries worldwide. Dweck holds a degree in Fine Art from Pratt Institute. During his earlier career as a highly regarded creative director, Dweck received over forty international awards, including the coveted Gold Lion at the Cannes Lions International Festival of Creativity.

Gregory Kershaw is a documentary and narrative filmmaker whose work explores the complexity of humans confronting an ever-changing world and is recognized for its atmospheric and visually-driven approach. He was a producer and director of photography on THE LAST RACE, which screened at the 2018 Sundance Film Festival. In 2019, he was a Sundance Institute Catalyst Forum fellow and Music and Sound Design Lab fellow. THE TRUFFLE HUNTERS is Gregory’s first feature as a director. Previously, he directed documentaries on environmental issues, including work that explored the impact of climate change on rural indigenous communities throughout Latin America and stories about the current species extinction crisis filmed in remote locations around the world. He is a graduate of Columbia University’s prestigious MFA film directing program where he wrote, directed, and lensed narrative films.