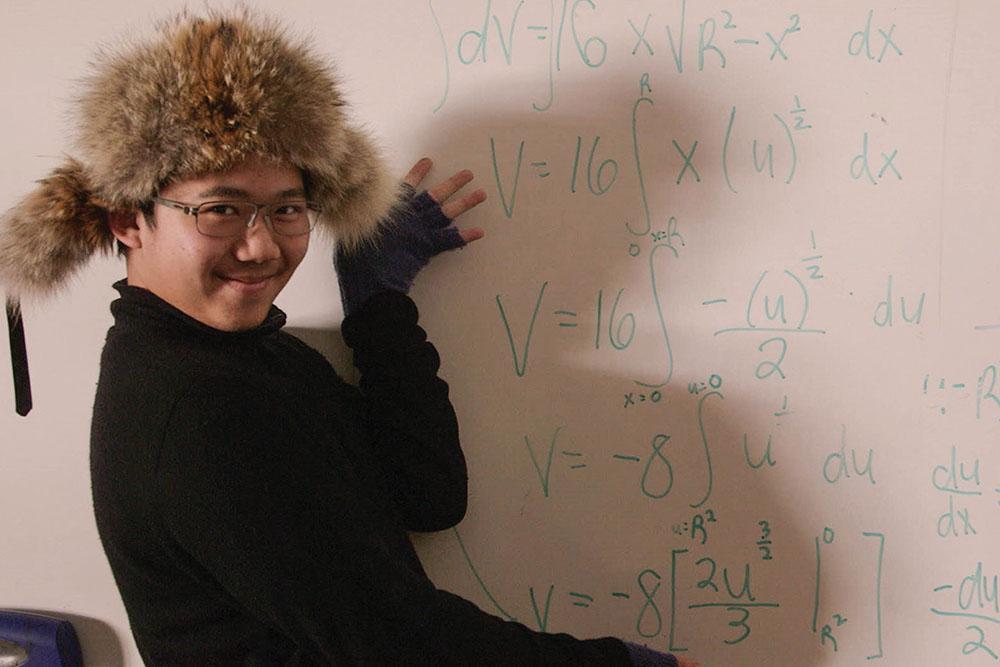 At Lowell High School—where cool kids are nerds, nearly everyone has an amazing talent, and the majority of the student body is Asian American—the things that usually make a person stand out can feel not good enough, even commonplace. With humor and heart, director Debbie Lum takes us to the reality of the American college application process and the intersection of class, race, and educational opportunity as experienced by high school seniors living through it.

This digital screening includes a moderated filmmaker conversation that will be on demand with the film. The Q&A features director and producer Debbie Lum, producer and cinematographer Lou Nakasako and film subjects Richard Shapiro and Rachael Schmidt, moderated by Kristen Lopez, TV Editor at IndieWire.

Debbie Lum is an award-winning filmmaker whose projects give voice to the Asian American experience and other unsung stories. Try Harder!, her documentary about San Francisco’s iconic Lowell High School premiered at the 2021 Sundance Film Festival in US documentary competition. Her previous documentary, Seeking Asian Female, premiered at SXSW, and was a “fan favorite” on PBS' Independent Lens, won Best of Fest (Silverdocs), Outstanding Director (LA Asian Pacific Film Festival) and was featured in This American Life. Her editing credits include A.K.A Don Bonus (winner, National Emmy®), Kelly Loves Tony (nominee, IDA Best Documentary), and To You Sweetheart, Aloha.

Lou Nakasako worked as a camera assistant on both Crip Camp, which premiered at the 2020 Sundance Film Festival, and HBO’s We Are The Dream: The Kids Of Oakland MLK Oratorical Fest. He was the assistant director on Freeland, which premiered at the 2020 SXSW Film Festival, and a co-editor on Michael Siv’s Daze of Justice, which aired on PBS’s DocWorld program in 2019. His short narrative film, Brothers, which won UCLA's award for Best Undergraduate Screenplay, was screened in the prestigious UCLA Directors Spotlight as one of the program’s top nine films of the year, and went on to play at numerous film festivals, among them CAAMFest, Los Angeles Asian Pacific American Film Festival, and Toronto Reel Asian Film Festival. He has a B.A from the UCLA School of Theater, Film and Television.

Richard Shapiro taught math and science in the San Francisco unified school district from 1985, and Physics and AP Physics at Lowell high school from 1990 to 2021. At Lowell he initiated a computer-based laboratory program, got accreditation for Lowell’s AP Physics courses, and co-founded in 2010, with his former student, Julia Ye, the Lowell Science Research Program at UCSF.  Over 1000 students have participated in this collaboration with UCSF, with a select number performing science research at UCSF, and receiving National recognition for their research. He has been nominated for teacher of the year for Northern California and for San Francisco. He is eternally grateful to his students and colleagues at Lowell who have provided for him the most rewarding, creative and meaningful professional experience imaginable.

​Rachael Schmidt graduated from Lowell High School (‘2017). At Lowell, she was a member of Shield and Scroll honor society, and an editor-in-chief for the school newspaper The Lowell. While attending a high school summer program at Harvard, she developed a passion for biology. In 2021, she graduated with honors from Brown University with a Bachelor of Sciences in biology. She is currently working as a neuroscience research associate at UCSF and hopes to pursue an MD-PhD.