Essential Doc Reads: Week of May 15 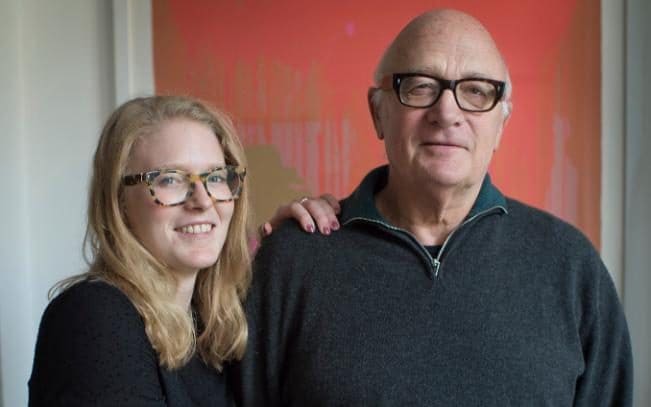 At The Telegraph, Isabelle Fraser explains her decision to accept a BAFTA award on behalf of her dad, Nick Fraser of BBC's "Storyville."

As the editor of the BBC's Storyville documentary strand for the last 20 years, Dad has commissioned and produced more than 600 films. Over that time, the documentary has changed beyond recognition - from an afterthought to an art form. Dad recognised the growing hunger for these films early on, especially among young people. To him, documentaries are a means by which we can make sense of the world. It was in January this year that Dad found out he was to be honoured by Bafta. In February, he had a stroke, aged just 69. That's why, at tonight’s award ceremony, I will be taking to the stage alongside him to give an acceptance speech on his behalf.

At The New York Times, a new study details the long odds that women filmmakers face at US film festivals.

The Center for the Study of Women in Television & Film at San Diego State University examined 23 festivals held since last June in the United States and found that their programmers selected features directed by men three times as often as those made by women, according to the report released Wednesday. The findings also showed that programmers chose twice as many documentaries directed by men.

June 20th is World Refugee Day, a day to raise awareness of forcibly displaced people worldwide. As of January 2017, over 4.8 million Syrians had registered with the UN as refugees as they fled civil war in their country. Over half of these refugees are children. POV's 30th season begins with three feature films and two shorts about the Syrian war and refugee crisis. Community organizations, libraries, teachers and engaged individuals can bring this pressing national conversation into their communities by partnering with POV on free screenings prior to the films' broadcast on PBS.

At Nieman Lab, Ricardo Bilton reports on a deal between Amazon Video and Berkeley's journalism program.

The deal is a significant one, both for the university and its journalism school, because it will change in a significant way how the program produces, funds, and distributes its projects, explained John Temple, managing editor of the Investigative Reporting Program. "For the first time since the serious decline in journalism's economic model, there is a commercial market for reliable nonfiction production. That's a result of the internet and streaming video and these companies are paying well and interested in high quality. Why not take advantage of that?"

At Cuban Art News, an interview with Papacito Bach, a producer trying to put Cuban film on the global map.

The name Jesús Hernández has been associated with several important film events of the last decade in Cuba - and, for the past three years, in New York. But many know Hernández by his childhood nickname, Papacito Bach. When he decided to set up a production company in New York, he chose that pseudonym for its title, Bach Media. Hernández now has a double vision of Cuban cinema: productions made on the island, but also ways that the US film industry and other foreign producers participate, or want to participate, in Cuban cinema. "There is a real interest in working in Cuba. Being in Cuba, right now, is like planting a flag on the moon. It’s an island that wasn’t in the North American landscape before," he says.

What typifies Berkeley documentary graduate students? Else classifies them as diverse, in their mid-to-late 20s, and distinguished by having worked for the Peace Corps, for example, or in politics before they enroll in the program. "Students are very focused, motivated and ambitious," states Lozano, who also produced The Weather Underground.

END_OF_DOCUMENT_TOKEN_TO_BE_REPLACED

Putting a Little English on It, British Academy Film Awards an Oscar Bellwether

Cuban Reels: A Diary from the First International Festival of No-Budget Cinema