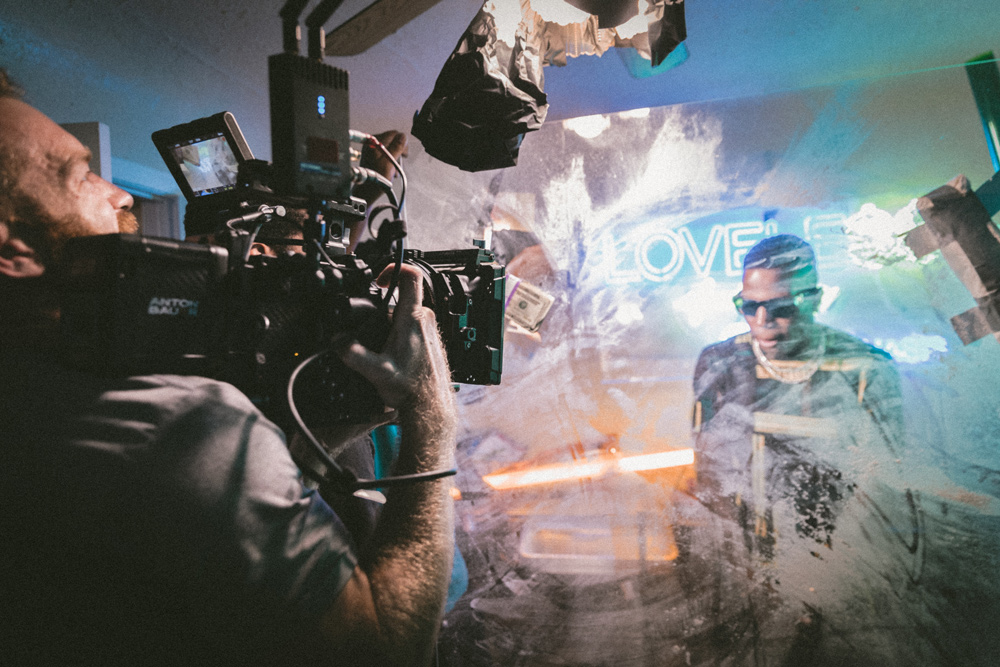 International Music Day is on October 1, and it’s the perfect opportunity to explore our world’s multifaceted communities through music! We’ve curated a list of eight documentaries worth your while to not only dive into some great music, but also understand its role as a vehicle for and mirror on social, political and cultural issues around the world.

Liz Garbus’ Academy Award-nominated film offers an up-close-and-personal look into the life of iconic American singer-songwriter, pianist and vocalist Nina Simone, whose distinctive artistry and craft created uplifting soul and R&B tunes and haunting dirges alike. Through rare archival footage and interviews with performers, family members and artists close to Simone, the film explores her struggles with abusive relationships, anger issues and substance abuse throughout her volatile rise to fame. Late in her career, her music also became an extension of her activism, commenting on class divides and racism in America.

After three decades of war and Taliban rule, Afghanistan got its first televised singing competition, Afghan Star. Director Havana Marking takes viewers into the starry-eyed journey of four contestants, including two women, who embody the newfound love for free expression in Afghanistan. Along the way, the film’s subjects, especially the women, face an uphill battle against traditional Islamic values. The competition becomes an intimate glimpse into how Afghani individuals grapple with falling in love with music, all over again.

Matangi / Maya / M.I.A , which shared the 2018 IDA Award for Best Music Documentary, is an aptly titled documentary for English rapper, producer, visual artist and aesthetic provocateur M.I.A, who has lived her whole life shapeshifting between multiple identities while never abandoning her core values. As the daughter of one of the founders of the Tamil resistance in the Sri Lankan civil war, M.I.A has been inextricably linked with politics and unrest from the very beginning. With a few breakout hits and a slew of controversy surrounding her music videos, M.I.A possesses a hyper-realistic sensibility that has interrogated violence, identity and the UK’s immigration issues unlike any other contemporary artist. The documentary, from Steve Loveridge, profiles her personal and public life, using raw personal footage and cellphone videos brimming with a restless, kinetic energy that reflects M.I.A’s confrontational artistry.

The life of a transgender performer in Vietnam is rife with contradiction: simultaneously invoking shock, admiration and curiosity, a troupe of singers may invite romantic interest and violent aggression, all in the same space. Such is the life of Madam Phung’s troupe of cross-dressing singers, who travel through the country’s remote southern regions and central highlands to entertain diverse audiences across age and class backgrounds. Nguyễn Thị Thấm’s powerful film captures the vulnerable life of these performers, who openly discuss the difficulty of being queer in Vietnam and use their music/dance/variety performance as a quietly subversive form of resilience.

Bob Dylan’s Summer 1975 tour was doomed from the start. Poor planning, a ramshackle group of musicians, and the desire to play at smaller, intimate venues meant that the tour stacked the odds against itself. However, as Martin Scorsese’s compelling mix of fact and fiction shows, the Rolling Thunder Revue tour came at a critical moment of reinvention for America, when the lines between politics, rock music and social awakening were blurred. Additionally, the collaboration of unconventional musicians, from folk troubadour Joan Baez to glam rocker Mick Ronson, resulted in a whimsical musical experience that redefined the classic American road-tripping rock tour.

For as long as she can remember, 18-year-old Afghan refugee Sonita Alizadeh’s lifelong dream was to become a rapper. Perpetually glued to the music of Rihanna and Michael Jackson, she grew up performing for her friends at her shelter in Tehran, Iran. However, her family has different plans: as a bride, Sonita is worth $9,000 in an arranged marriage. Moreover, how can Sonita perform if there is a law against women singing in Iran? Created by filmmaker Rokhsareh Ghaem Maghami, who switches back and forth between filmmaker and subject, the film is a poignant and uplifting observation of a young girl pitted against misogyny and societal expectations, and how rap became her saving grace.

Filmmaker Natalie Almada’s acclaimed debut documentary details the lives of Mexican corridos, the often-nomadic troupes of musicians who weave the tormented history of drug trafficking and illegal immigration around the United States’ Southern border into their rapturous songs. Told through Magdiel, a 23-year-old fisherman who dreams of a life in music, this unique form of storytelling gives a voice to those who have suffered greatly from the collision of politics and violence at the US-Mexico border. The documentary highlights spectacular artists like Los Tigres Del Norte, whose music, like other acts, has entered the mainstream consciousness, and thus brings the corrido narrative front and center.

The Agape orphanage in South Africa, run by “Grandma” Zodwa Mqadi, houses children who lost their parents to AIDS. Here, music is a vibrant, everyday presence, bringing the talented children together in times of hope and despair. Shot over three years, this Paul Taylor-directed film is a truly inspiring document of the Agape Children’s Choir’s journey to New York City, where they sing and meet luminaries like Paul Simon, Alicia Keys and Kanye West along the way.

END_OF_DOCUMENT_TOKEN_TO_BE_REPLACED

South African Idols: The Singing Orphans of 'We Are Together'