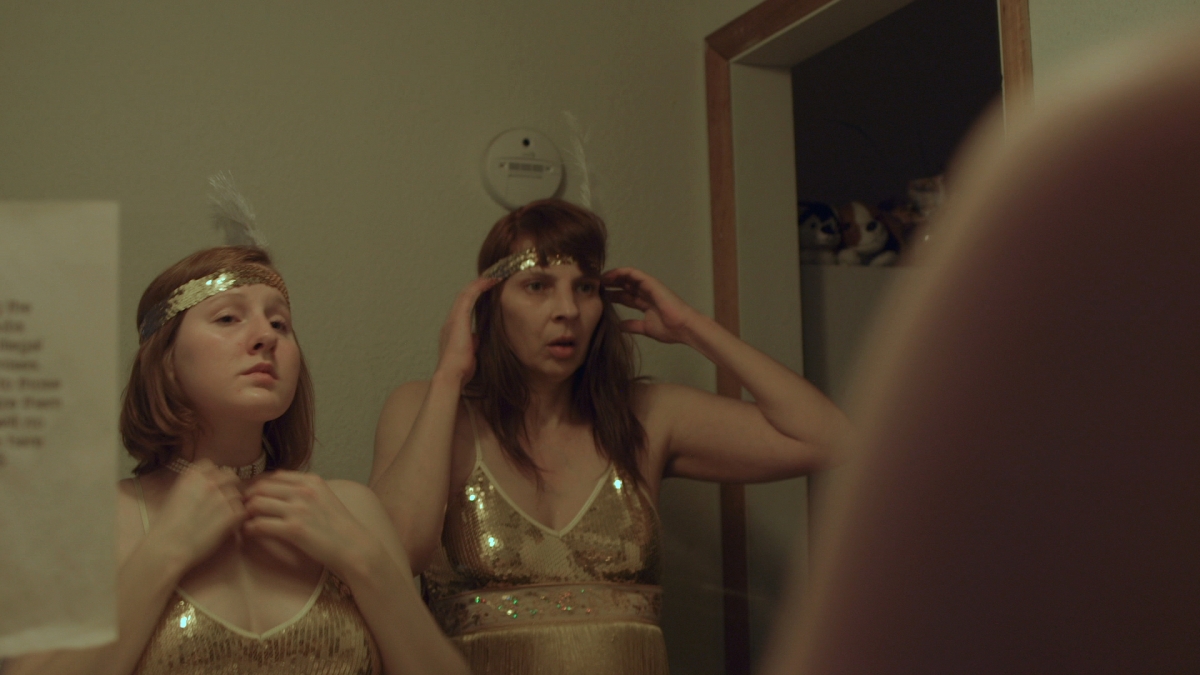 During the 60th BFI London Film Festival, which wrapped on Sunday, one of the most acclaimed dramatic features was British director Andrea Arnold's American Honey, a coming-of-age story acclaimed by critics for its "visually fascinating aesthetic." But far away from the buzz surrounding such Oscar hopefuls, in the relative quiet of the Documentary Competition, I found a clutch of coming-of-age films that equally shone. Together, they employ a battery of storytelling techniques to bring their young protagonists' lives to the big screen.

All This Panic, a feature debut by husband-and-wife filmmaking team Jenny Gage (director) and Tom Betterton (DP), follows a handful of private school-educated teenage girls in Brooklyn over three years of their late teens. Ginger is "terrified of getting old," clashes with everyone in her family, and finds herself adrift as her friends begin university without her. Her father tells her she can stay in the house, musing that they used to be best friends but have spent the last six years fighting (a haunting line that brings chills to those of us with young daughters with whom we are still on good terms). The other main subject, Lena, is self-possessed and articulate, and at the film's outset, preoccupied with having her first stab at love. But Lena also has bigger issues on her mind: Her brother has significant behavioral problems, and both her parents—now separated—are living turbulent lives. Indeed, despite their privileged education, most of the girls here are dealing with significant issues, from broken families to self-harm and emerging sexuality. Photographers-turned-filmmakers Gage and Betterton manage, without formal interview or narration, to capture the complexity of teenage lives with the film's striking visual style. All This Panic is beautifully shot, very close up, and in a dreamy-yet-pacey style that mirrors the girls' inner lives, consumed with whom they are and whom they might become. The film is very effective at evoking the storminess of the high school years, as well as the fleetingness of this period.

Covering similar territory, in at times a strikingly similar visual style, is Alma Har'el's Lovetrue. She interweaves the stories of three young subjects spread out across the US: a young erotic dancer in Alaska, a surfer-turned-single dad in Hawaii, and a teenage girl in a New York City family of singers whose parents have dramatically split. Each is navigating difficult relationships and trying to make sense of a world that often seems cruel. Har'el's 2011 debut feature, Bombay Beach, was an innovative hybrid, with her rural Californian characters often breaking out in dance. She continues to break new ground in Lovetrue, which features enacted scenes (filmed in a home-movie style reminiscent of Sarah Polley's Stories We Tell) that include both flashbacks and flashforwards, often with the subjects interacting with their dramatic counterparts. While I admired the beauty and innovation of the film, the stories of the three protagonists were strong enough that in the end I felt the dramatic elements were sometimes more of a distraction than a service.

Less innovative in style, but no less compelling, were two additional coming-of-age films in the documentary competition. Mehrdad Oskouei's Starless Dreams takes us inside a detention center for 18-year-old Iranian girls. Their crimes sound shocking—they range from larceny to murder—but their back stories, revealed matter-of-factly to a sympathetic Oskouei, are even more disturbing. Together they paint a portrait of the most dysfunctional rung of Iranian society, where drug addiction rules and families violently turn on each other. But inside the center, the girls act much as any other high-spirited teenage girls living together, and the film says more about what we have in common than our differences. The press notes say that Oskouei worked for seven years to gain access to the institution, an effort that more than pays off for a film that has already garnered both an Amnesty International Award and a True Vision Award and went on to take the LFF’s Documentary Competition Award. 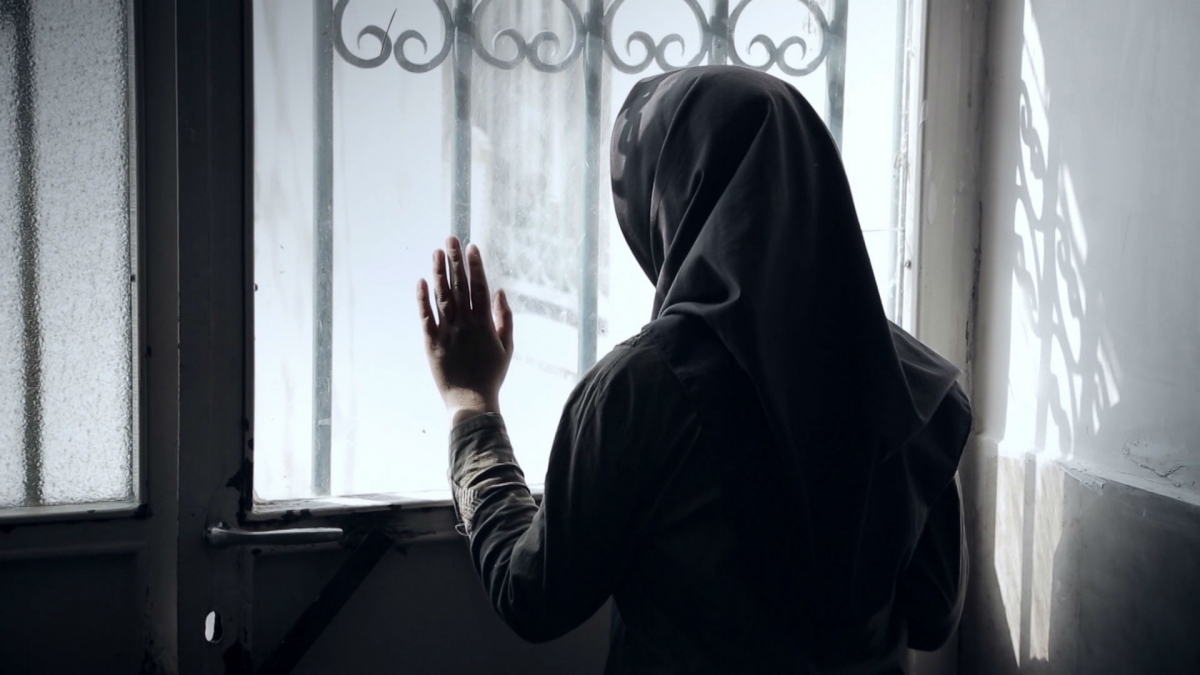 At the other end of the socio-economic spectrum are the French students who are the focus of Claire Simon's observational documentary The Graduation. They have come from all over France to take an astonishing entrance exam to the country’s most prestigious film school, La Femis. Over three months the wanna-be auteurs undergo a host of tasks, mulled over by the film's real stars - the industry figures who serve as the selection committee, offering up withering critiques once the candidates have left the room. I emerged in awe of the articulacy of the candidates, and in wonder at the complete Frenchness of the whole scene, which comes with more than its share of chain-smoking and Gallic shrugs.

Not surprisingly, many of the festival's fare across the genres reflected the turbulent times in which we live, with a host of films focused on stories of migration and war. Among these was the winner of the short film category, the documentary 9 Days - From My Window in Aleppo. Finding his apartment smack-dab on the frontline when war breaks out in Syria's largest city in August 2012, photographer Issa Touma begins filming from his window; this compelling short is an intriguing insight into the opening days of the ongoing destruction of Aleppo.

While nonfiction media is never going to dominate at the BFI London Film Festival, where the focus remains firmly on the dramas and the red carpet, it can be said that there has never been a better time for cinema documentaries in London. There has been a boom in arthouse cinemas opening up in the last few years (my North London neighborhood, Crouch End, which formerly had none now has three within a mile). And in order to differentiate from the temptation to remain at home in front of the television, cinemas are featuring many documentaries with Q&As or panel discussions afterwards. During the LFF I took a side trip half a mile away to the Bertha Dochouse, which has been exclusively showing documentaries for more than a year. There I hosted a panel following the screening of yet another coming-of-age documentary, Driving with Selvi. Directed by Canadian Elisa Paloschi, it's an inspiring tale of how a child bride in India escaped her life to become a taxi driver. Having spent ten years filming Selvi, Paloschi eschews dwelling on the abuse that she suffered as a child bride, focusing instead on the confidence she gained as a taxi driver and through a second marriage, this time for love. This week I'll be returning to moderate another panel, following Rokhsareh Ghaem Magham's multi award-winning Sonita, yet another tale of an inspiring young woman whose story continues to put "bums on seats," as they say here.

Originally from Cleveland, Ohio, Carol Nahra is a London-based documentary producer, journalist, consultant and lecturer, happy to take on new projects. She blogs at docsonscreens.com. And yes, she has sent in her absentee ballot.