How I Learned to Start Tickling Giants 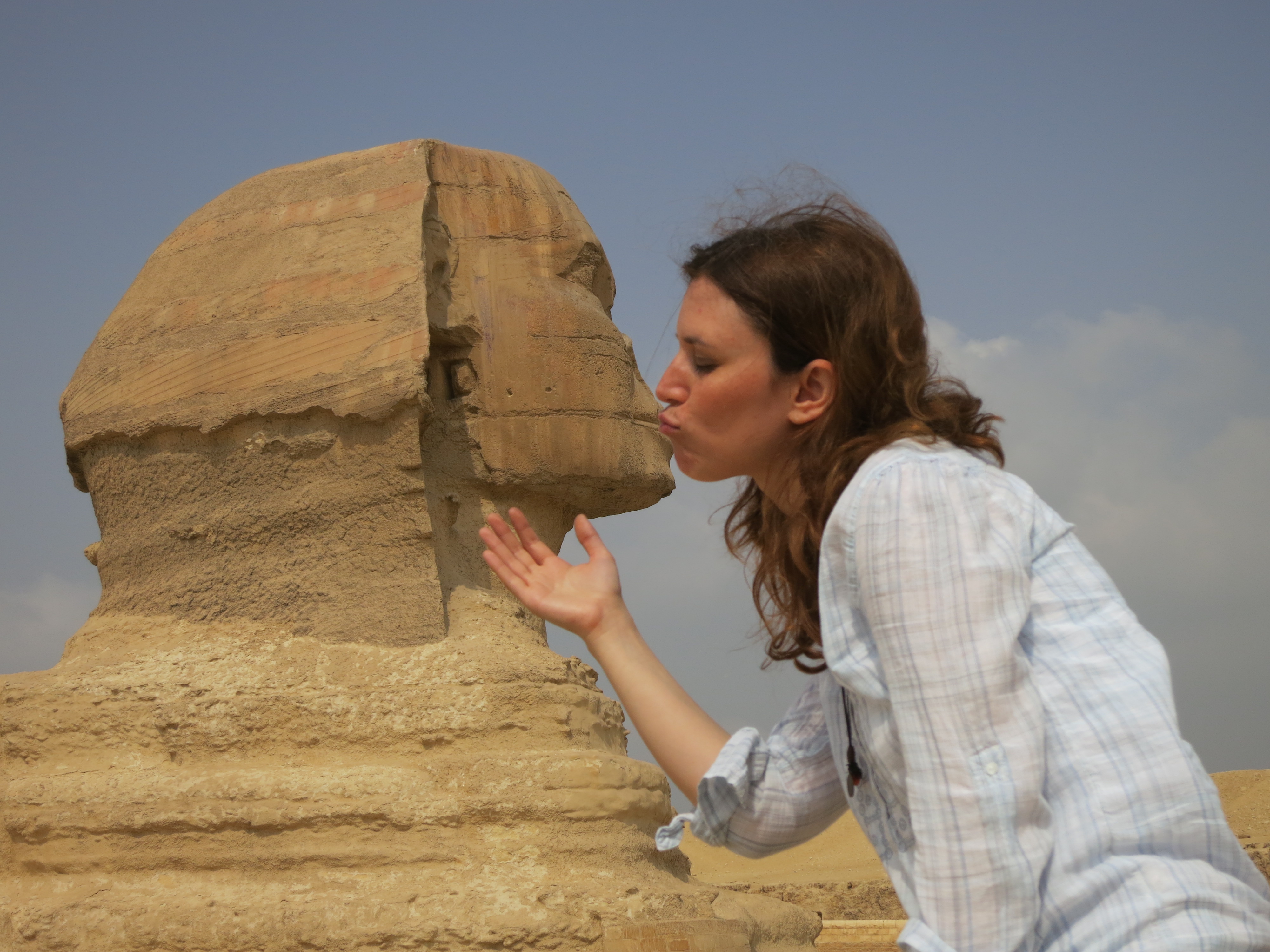 Editor's Note: Sara Taksler was working as a senior producer at The Daily Show when her best friend unexpectedly died. She found her laughter again by making Tickling Giants, a documentary about people creating satire in the heart of the Arab Spring.

Six years ago this week, I'd never heard of "the Egyptian Jon Stewart" and I had no idea who Bassem Youssef was. But a devastating turn was about to lead me to spend years of my life making a movie about him.

"I hope you feel better soon," a little Superhero called out to me. It was late afternoon on Halloween. In the midst of his candy-collecting, a costumed kid, maybe eight, paused to make sure I was okay. I nodded—my way of saying thank you.

I was crying hysterically, walking up 11th Avenue in a daze. A few minutes earlier, as I paced the entryway to The Daily Show, where I was a senior producer, Craig called to tell me that Tara, his wife, had died. "Are you sure? Are you sure?" I kept asking him. He was sure. Tara had a tragically undertreated heart issue, which unexpectedly ended all possibilities for her and their unborn baby. I took off my show headset and handed it to a co-worker. A friend got me water and tried to understand what I was saying, as I cried that I needed to leave work. I walked out the door, passing the car dealerships, Lincoln Center and the little Superhero. My mind played through the only logical conclusion: Craig had made some sort of mistake; Tara could not be dead.

Tara, who was in my Girl Scout troop. Tara, who in middle school convinced her mom to change her phone number to 275-TARA. Tara, whose maid of honor I'd been. And who'd not too long ago called me, right after leaving the doctor's office, to tell me the exciting news: "It's a boy!"

I delivered a eulogy at Tara's funeral. I told people about how Tara signed all of her notes to me "Hugs and Cookies," a playful way of teasing me for accidentally announcing, at our 7th-grade lunch table, "I want a kiss," instead of saying, "I want a cookie." I shared the story of how, as adults, Tara wrestled me to the ground in a diner in order to win a very important, ongoing battle over who could get the last sip of water from a glass. But no matter how many stories I told about my goofball friend, Tara was still dead. I left the funeral, went outside and poured out the last few drops from a water bottle, letting the earth get the last sip.

Back in my apartment, even in the quiet, things were too loud. I sat in the dark a lot. Fell asleep late, woke up unpleasantly early, and found it impossible to get out of bed in any speedy manner. Tara's friend Lynn contacted me to suggest we do something to honor Tara. We created an acts-of-kindness website, encouraging people to do good deeds in Tara's honor. Tara's husband started a group called Hearts and Courage to help kids with cardiac problems. I tried to focus on those things, but still felt the heavy distraction of sadness. I walked around paying no attention to the world. One day, this absent-mindedness led me right into the path of a falling icicle, leaving me achy and dazed. A few days later, still feeling the weight of the world, I slipped in the shower and banged my head. Not long after that, I walked my face directly into a large pane of glass that was not, as I'd suspected, the exit of a restaurant. I went to the doctor to see what was up. A culmination of head injuries caused by the absent-mindedness of grief left me with the headaches, dizziness and fogginess of Post-Concussive Syndrome. My doctor described it to me as "an injury common to football players." Given my uncommonly low athletic prowess, I'm sure Tara would have found this hilarious.

Eight long months later, I was at work at The Daily Show when a guy named Bassem Youssef came to observe how we did things. Bassem was, of all things, a heart surgeon who was starting a comedy show in Egypt. By day, just like Dr. Jon Stewart and David Letterman MD, he'd practiced medicine. Then, he'd go home, sit in his laundry room/studio and record a political satire show, making jokes about government, religion and hypocrisy. In Egypt, free speech was not settled law and I was really inspired that his team was doing the same thing my co-workers do, but with such higher stakes. For the first time all year, I began to feel alert. A few hours after meeting Bassem, I impulsively asked him if I could film a documentary about him and he said, "Yes."

I immediately regretted it. Egypt, as you may know, is located in Egypt. At the time, the US State Department discouraged any non-essential travel there. I'm not typically much of a risk-taker. I always wear my seatbelt in cars and my bike helmet while cycling, and if it were an option, I'd probably wear a seatbelt on my bike. Going to Egypt as it delved into a revolution wasn't a classic Sara move. Since Tara's death, I was balancing an overdeveloped panic of dying tragically, with an acute need to feel like my life was contributing something to the world. I sat on the movie idea for a few months, letting fear prevail. Then, Bassem got called into court for questioning, in trouble for jokes he made about his president and religion. I couldn't imagine having a president who would get mad at a comedian just for telling a joke. But Bassem wasn't cowering; he was bravely using satire to call out abuses of power. Meanwhile, I had access to tell this important story, but I was being a scaredy cat. 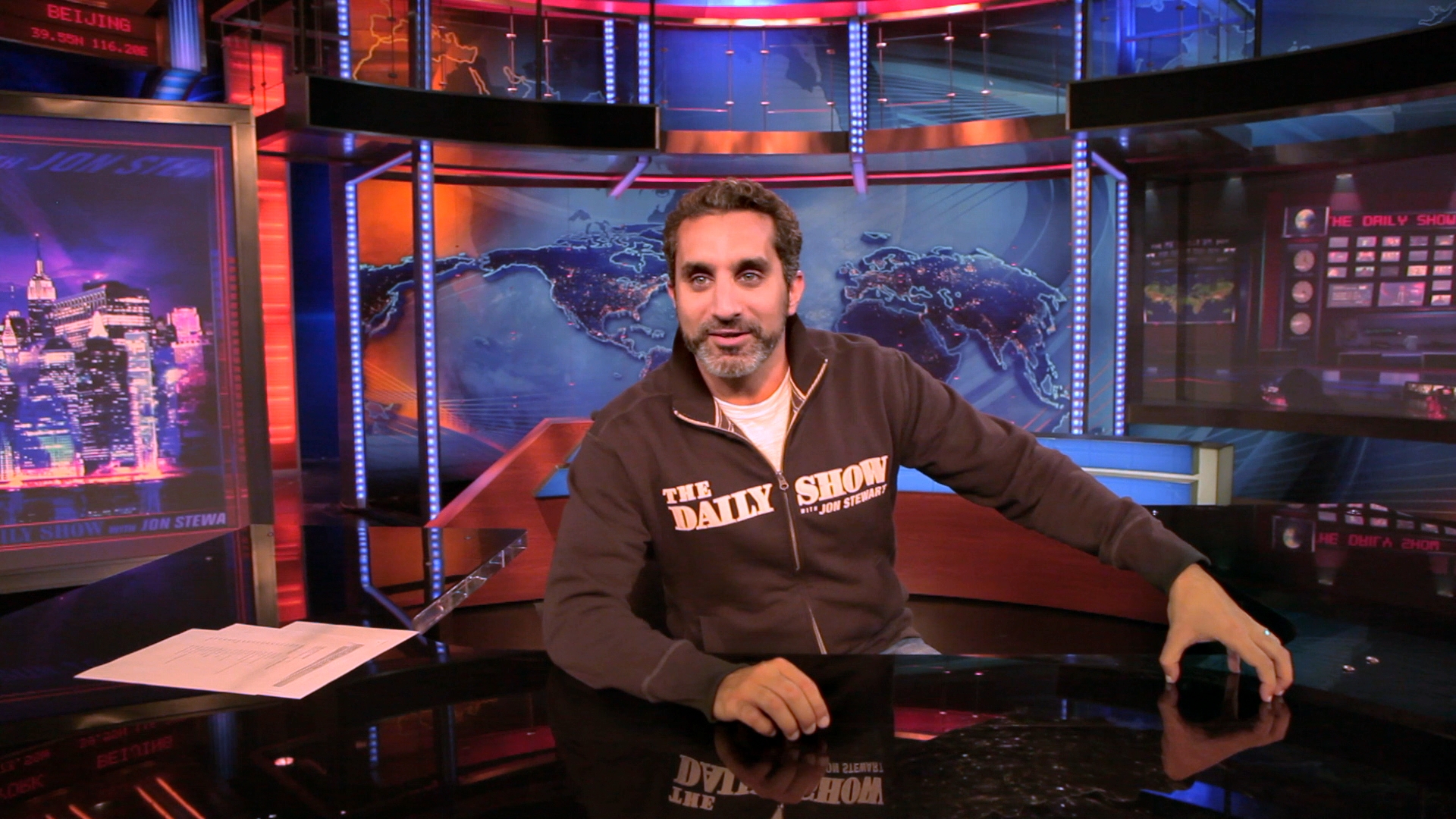 As per my social contract as a 30-something woman in New York City at the time, I was reading the book Lean In. When Sheryl Sandberg asked, "What would you do if you weren't afraid?" my first thought was, "I'd go to Egypt." I started the book before bed and called Bassem the next day. I was in.

The movie, Tickling Giants, became my motivation, giving me something to focus on and heal with. I woke up earlier, went to work during the day and spent nights, weekends and vacations focusing on the film. I went to Egypt and met Bassem's team—funny, creative, smart people who told jokes every day, sitting under a sign that read, "Sarcasm: Because Beating The Shit Out Of People Is Illegal."

One day, while we were filming at Bassem's show, protesters gathered outside, complaining about jokes they found to be anti-government. I started to film it, but Bassem's team asked me to stay out of sight. Several people demonstrating thought Bassem was a spy, working in cahoots with the US government (presumably, with their much-hailed comedy-writing program). Having a white American woman go outside with a camera, they worried, would only inflame things. I stood outside for a minute, hearing the protestors screaming death threats to Bassem, and went back inside, afraid. I tried to film, but my hands were shaking. Over the yells of protest, I heard voices singing and followed them inside the building.

It was the birthday of a guy in the office. With the protest chants in the background, this team of loving co-workers sang "Happy Birthday" and presented him with a Batman cake. The people in the office became my role models. There was ugliness in the background, but they were choosing to be alive and free. For me, the movie then became not just about Bassem and his team, but about the idea of Tickling Giants: finding creative, non-violent ways to be heard when you see an abuse of power.

It became increasingly hard to shoot in public; one of my camerapeople was beaten up for his footage. After that, we did our best to keep a low profile, and we shot much of the outdoor footage from a moving car. To keep our team safe, I didn't announce Tickling Giants publicly until we'd finished the bulk of our shooting. The first time I discussed the film on social media was the announcement of a crowdfunding campaign to raise money.

I sent the Tickling Giants trailer to everyone I knew, and many of them forwarded it to people who might be interested. Lynn, Tara's friend with whom I started the Acts of Kindness site, shared the trailer with a bunch of people she knew, including a lady she'd met on a service trip. The woman watched the trailer and then went about her day, leaving it up on her computer. Her husband sat down to check his email, saw the link and clicked on it.

The next day I got a message saying that this woman's husband, who happens to be Frederic Rose, the CEO of Technicolor, wanted to speak to me. Fred and I had a quick phone call, "We want to executive-produce Tickling Giants!" he exclaimed. "We don't know what exactly that will entail yet, but we'll call you back in a few hours!" I figured it was a prank. I would totally play that joke on my friends. That afternoon, I got a follow-up call saying that Technicolor would pay for the editing, animation, color and sound for Tickling Giants. Technicolor is a French/American film company, and this was shortly after the killing of satirists at Charlie Hebdo. This story about comedy and free speech in the Middle East piqued their interest. Fred decided that supporting an independent filmmaker would be a great way to celebrate Technicolor's 100th anniversary.

Until that day, I assumed I'd be editing the film on a folding table in my apartment. Suddenly, I had a full-time staff that would make Tickling Giants bigger than I could have imagined. In the most random act of kindness, this person whom I'd never met or spoken to wanted to produce the film. I'd won a contest I didn't enter.

Thank you, Tara. And thank you to Bassem and his crew, who showed me how to be alive and articulate, even when the world feels very unfunny.

Sara Taksler is the director of Tickling Giants, now available on iTunes, Amazon and TicklingGiants.com, and a supervising producer at The Opposition with Jordan Klepper. She and her husband live in New York City, where they share a DVR filled with Shark Tank episodes.