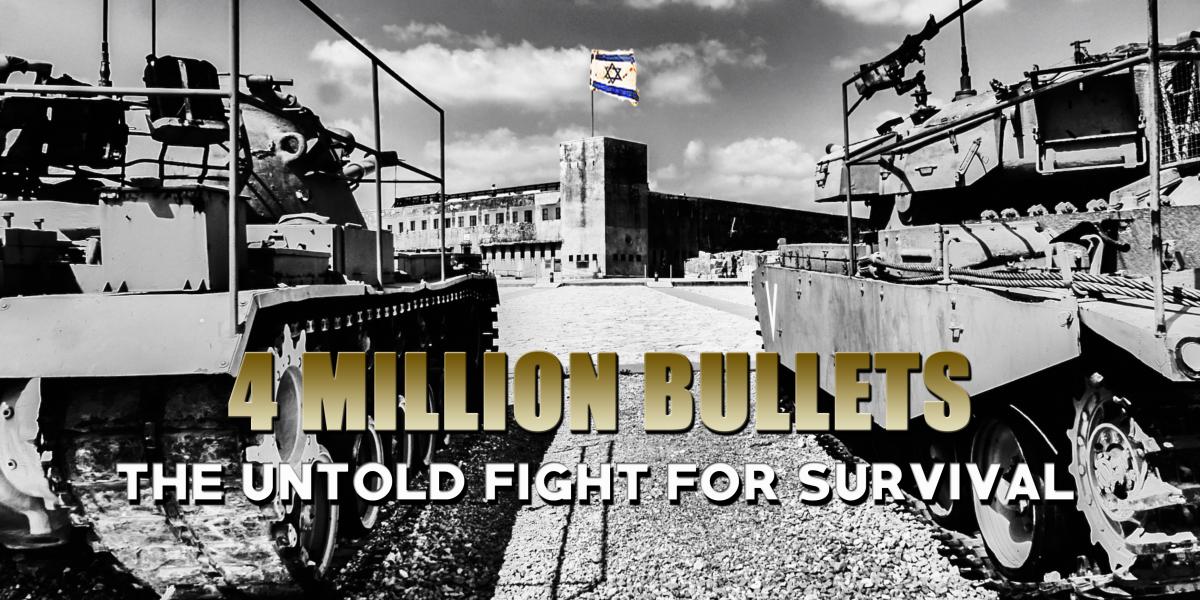 “4 Million Bullets: The Untold Fight for Survival” is the living testimony of everyday men and women, from 57 countries who traveled to Palestine to defend the nascent State of Israel. Young adults, former World War II soldiers, business people, Holocaust refugees, Jews and non-Jews – came together as volunteers in a spontaneous, largely improvised effort to establish a nation for the Jewish people.

Risking death around every corner, these heroic young men and women helped smuggle into Israel essential material for the war effort: Nazi weapons captured in Europe, dynamite hidden among washing machines on the docks of New Jersey, and flew surplus aircraft through Czechoslovakia to Palestine, creating the IAF. Despite impossible odds and nearly insurmountable obstacles, they succeeded.

This little known, yet significant part of modern history dramatically shows that the State of Israel did not simply rise up out of the ashes. It was born of the heroics of individuals who realized that Israel would be the only bulwark against the envy and hatred that has haunted the Jewish people throughout history.

This year we celebrate a major milestone for the state of Israel – the 70th anniversary of its founding. But there would be no anniversary of Israel to celebrate in 2018 had it not been for an extraordinary outbreak of mass heroism 70 years ago.

Their stories are fascinating – and largely unknown. There’s the tale of the Central American “banana boats” that evaded an international embargo to transport European refugees to Palestine. The elite fighters trained to act like Arabs and sent underground to infiltrate enemy areas. The covert group of North American Jewish business leaders who secretly raised the equivalent of $2.5 billion for the cause. The ragtag Czech war-surplus aircraft from which crew members dropped bombs by hand on their targets. The young Polish Catholic who left his comfortable life in Philadelphia to smuggle refugees and join an elite fighting force in the Galilee. The underground bullet factory that operated for more than two years hidden beneath a laundry and bakery. And many, many more.

Many of these stories have gone untold for seven decades – until now.

“4 Million Bullets: The Untold Fight for Survival” is the film that brings these tales of heroism and passion to life – often in first-hand accounts from the very extraordinary men and women who lived them. The film tells the story of the brave men and women who rallied for Israel in her greatest moment of need. It will serve to both educate and inspire. The film is an investment in our Jewish youth that has recurring benefit; it’s value is forever.