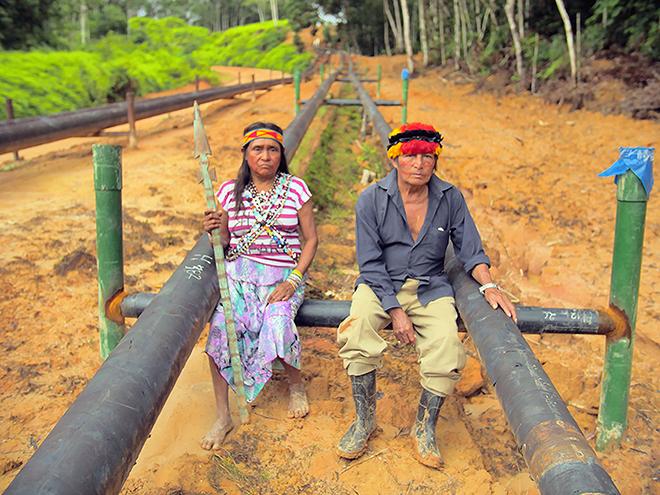 Dark secrets of poisoned waters in the remote Peruvian Amazon are revealed in this documentary political thriller when indigenous communities take on Big Oil in California Federal Court. While decades of unconscionable extraction practices wreak havoc, visionary leader Apu Tomas Maynas spearheads the non-violent defense of five Achuar communities to safeguard their territory and very survival. Lot 1-AB, the ancestral rainforest-turned-oilfield, becomes the epicenter of an ongoing battle that pits fossil fuel interests against the rising voices of imperiled native peoples. This film shows what happens when U.S. oil companies operating in foreign lands are not regulated, when widespread environmental disasters are covered up, and when governments deny native peoples their right to Free, Prior and Informed Consent.