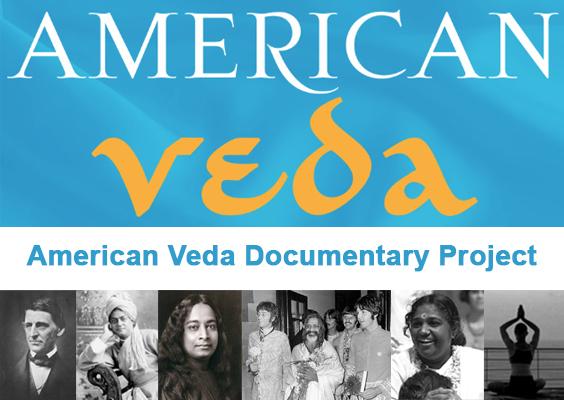 Yoga and meditation are mainstream practices; Sanskrit words like mantra, guru and karma are part of everyday speech, and certain Indian precepts are so commonly held that Newsweek titled a 2009 article “We Are All Hindus Now.” Recently, the Smithsonian Institution mounted an exhibit titled Yoga: The Art of Transformation; Loyola Marymount University introduced America’s first Masters Degree in Yoga Studies; and the first Hindu Congressperson was elected, taking the oath of office on her well-worn Bhagavad Gita, India’s classic Yogic text.

The multi-platform American Veda Documentary Project explores how precepts and practices from ancient India have influenced American life, from 19th century Transcendentalists to 1960s counterculture to today’s trendy yoga, contributing to what some call a “spiritual revolution” in our midst.  Award-winning filmmaker Lisa Leeman (Awake) has teamed with acclaimed author Philip Goldberg on a two-hour film for Public Television, a traveling museum exhibit, an interactive website, and study guides.