And She Could Be Next

In a polarized America, where the dual forces of white supremacy and patriarchy threaten to further erode our democracy, women of color are claiming power by running for political office. And She Could Be Next, made by a team of women filmmakers of color, asks whether democracy itself can be preserved—and made stronger—by those most marginalized.

Grace Lee won a Peabody Award for American Revolutionary: The Evolution of Grace Lee Boggs about the legendary civil rights activist which The Hollywood Reporter called ”an entertainingly revealing portrait of the power of a single individual to effect change.” The film won multiple festival audience awards and was broadcast on the PBS documentary series POV. Other directing credits include the Emmy-nominated MAKERS: Women in Politics for PBS; the interactive online documentary K-Town ‘92 about the 1992 Los Angeles uprising, Off the Menu: Asian America ; and the feature film Janeane from Des Moines, set during the 2012 presidential campaign, which premiered at the Toronto Film Festival. She has been a Sundance Institute Fellow,  a Chicken & Egg Breakthrough Award winner,  an envoy of the American Film Showcase (through USC and the U.S. State Department), and is co-founder of the Asian American Documentary Network. 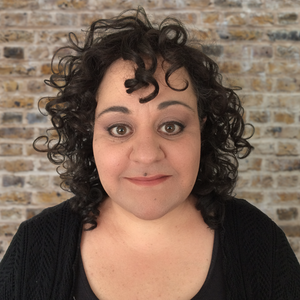 Marjan Safinia is an Iranian documentary filmmaker whose films examine identity, community and social justice. But You Speak Such Good English explores the first-generation immigrant experience from an insider perspective. Seeds, tells the story of ten brave teenagers from the world’s most troubled conflict zones living side-by-side for one life- changing summer. Collectively her films have played at over 100 international film festivals and been broadcast in North America, Europe and across the Arab world. Most recently she produced and directed work for Google Founder Sergey Brin, the Obama administration, and Hillary Clinton’s Next Generation. Until 2018, Marjan was the longest-serving President of the Board of Directors of the International Documentary Association (and the only woman of color to ever lead this organization.) She co-hosts the pre-eminent online documentary community, The D-Word, and is a regular juror, programmer, speaker and connector of all things documentary.

Jyoti Sarda brings twenty years  as a senior-level global marketing executive with major studios  and blue chip brands to developing impact-creating, humanistic documentary and narrative content. She is Co-Executive Producer of Equal Means Equal, an award-winning documentary feature that is an unflinching examination of the discrimination against women built into the US legal system. Until recently, Jyoti was Vice President of Marketing at Paramount Home Media where she led all facets of global marketing operations for Paramount partner brands, while overseeing international acquisitions. Prior to Paramount, she worked at Twentieth Century Fox Home Entertainment. Jyoti serves on the boards of GlobalGirl Media, an organization that trains young women to become civically engaged through citizen journalism; LAANE, a leading LA-based social justice nonprofit; and Ellevate. She has consulted for organizations such as the Western Organizing Workshop (WOW), focusing on improving the diversity of elected officials.