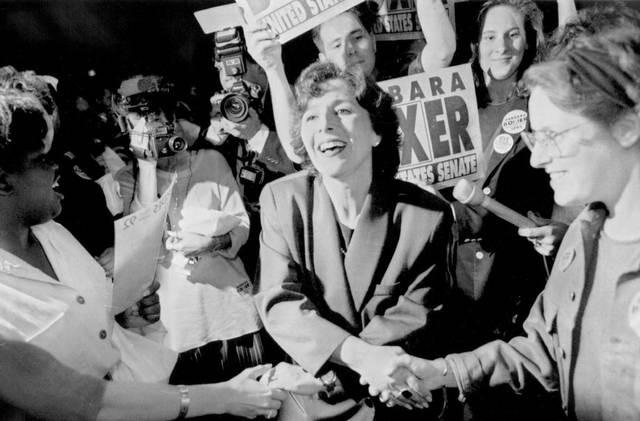 “In the summer of 2016, I set out to document my ex-sister-in-law’s historic run to become the first woman president. Well, that didn’t happen. My project derailed. It was devastating and I felt lost. Ironically, I was to discover that the female hero I was seeking was closer than even I had thought. In fact, she was there the whole time."

“Barbara Boxer Gives A Damn: Love, Loss and Life in Politics” is a documentary film exploring the legacy of Barbara Boxer. Having persevered through decades of controversial legislative fights, subtle sexism and brutal campaigns, Boxer’s personal dedication to electing the first female President crashes up against the backdrop of a bitterly divided nation. Sen. Boxer spent her 40-year, against-all-odds career in politics fighting for equality, environmental justice, and progressive issues. By strategically lending a hand to her female colleagues, women grew their numbers in Congress, took on roles in leadership and refused to back down, demanding equality. In a personal turn, Nicole Boxer documents political life behind-the-scenes at the 2016 Democratic National Convention embedded with her mother, US Senator Barbara Boxer, as she winds down her final months representing California. The film captures the historic “moment” when the convention hall erupted in celebration nominating the first female Presidential candidate in American history, Hillary Clinton.

By incorporating a massive trove of archival news sources, and seventy years of never before seen family footage, we dive into the energetic story of Boxer’s rise to the US Senate. The film weaves the latest chapter of Presidential political history into context by examining 100-years of a vibrant, feminist past, with the ongoing struggle for Equal Rights. With Boxer and Clinton as role models women can claim a new political legacy, one that future generations will build upon. A choir of unique perspectives will consider this historic moment, and it’s aftermath via a series of intimate interviews.