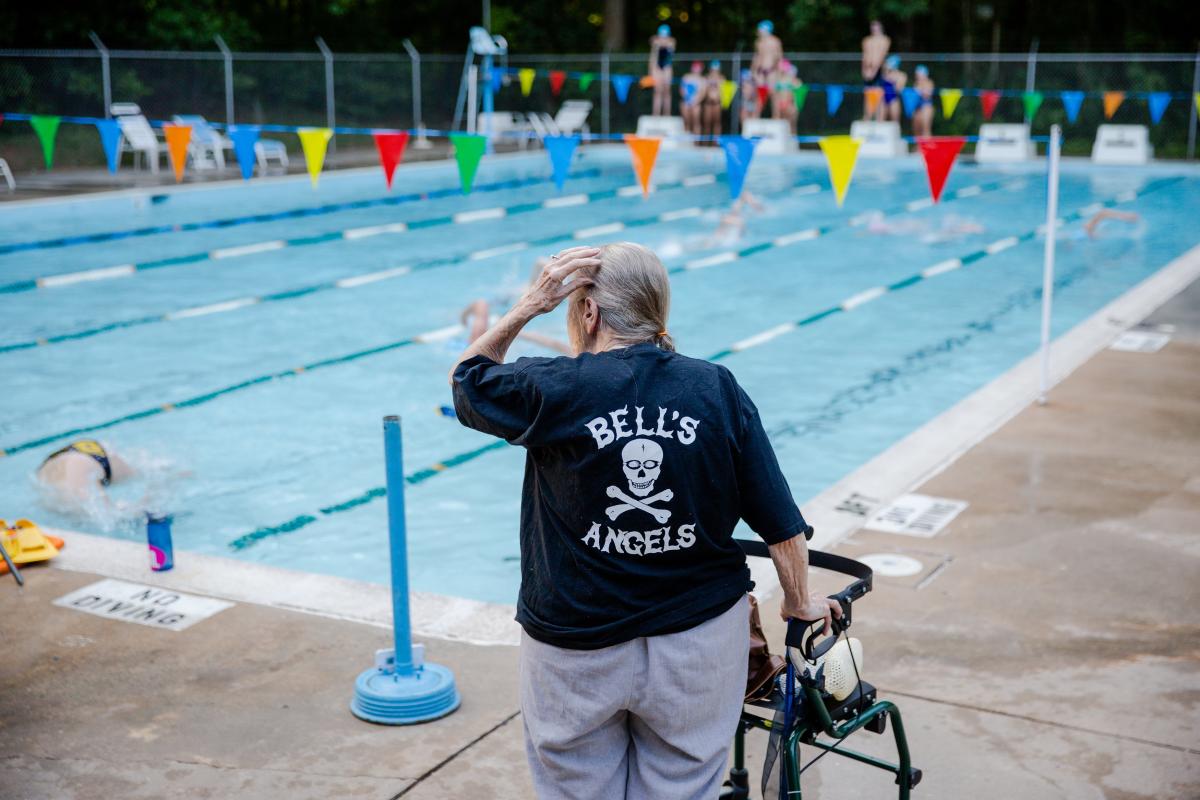 Bell’s Angels is the untold story of Coach Franke Ann Bell, a woman who defied all odds to become one of the most famous swim coaches you’ve never heard of. Franke’s coaching career has all the makings of a classic underdog story. She was one of the first female head coaches in the ‘good ol’ boys club’ of swimming in Charlotte, North Carolina in the late 1950s.  Working on the "wrong side of town" with no prior coaching experience and limited resources, Franke became a student of the sport. She studied the bottom of ships to find new ways of reducing resistance, she handcrafted paddles out of plexi glass and was one of the first coaches to incorporate dry land training. In a few years time, Franke turned a ragtag team of kids who barely knew one stroke into national and world champions. Her innovative coaching techniques and unusually fast swimmers put Franke and Charlotte swimming on the map. As Franke gained notoriety in the swim world, job offers came pouring in. She was sought after to coach at the Pan Am Games, to be the first female coach at the Olympics in Munich and the first female coach at a Top 10 university. Even though she could have made two or three times the salary anywhere else, she turned down all of these offers to stay in Charlotte. To Franke, it was never about the medals. It was always about the kids. But that decision didn’t come without it’s own challenges.

Now at 83-years-old, Franke’s greatest adversary isn’t gender inequality or lack of resources, it’s post-polio and an auto-immune disease. With 60 years of coaching, Franke refuses to throw in the towel. She’s harnessing that same innovative spirit that made her one of the best swim coaches of all time to find a way to continue to coach until her very last breath. It is her relentless drive through the years that ultimately leads her to be the first female inducted into the International Swimming Coaches Association Hall of Fame in 2015.