From Cairo to the Cloud - The World of the Cairo Geniza 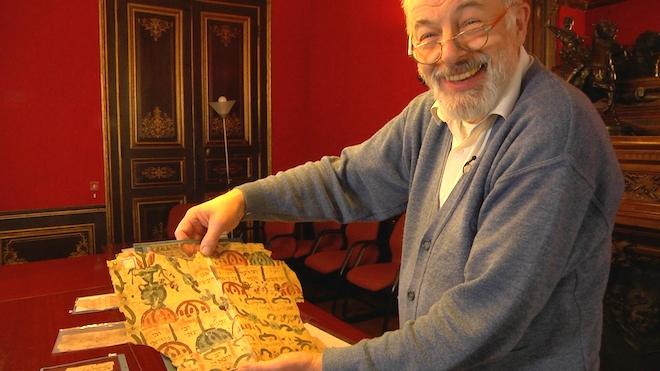 We are thrilled to announce that the film will air nationally on PBS late in 2022.

Your generous support will enable us to prepare the film for broadcast and expose new audiences to this unique treasure.

"From Cairo to the Cloud - The World of the Cairo Geniza" tells the story of an astonishing collection of ancient manuscripts hidden for centuries in the Geniza, or sacred storeroom, of a Cairo synagogue. It is an archive so vast and so varied it's been called the "medieval Facebook."

The Cairo Geniza illuminates over a thousand years of vibrant Jewish, Christian, and Muslim life in the heart of the Islamic world, revealing a golden age of religious tolerance nearly unimaginable today.

It is a collection larger, more varied and, arguably, more significant than the fabled Dead Sea Scrolls. Yet the captivating story of the Cairo Geniza is known to only a few. Until now.

"From Cairo to the Cloud" is the first documentary film to explore this overlooked treasure and the rich, complex world it reveals. This fast-paced detective story of scholarly discovery and social history, religious belief and daily life, outsiders and pioneers has screened at over thirty film festivals around the world.

"Erudite and Entertaining..." (Times of Israel)

"Enthralling...Meticulously researched, with a cast of engaging experts who enlighten and entertain. ..." (Take One, Cambridge Film Festival Reviews)