Chipping Away: The Life and Legacy of Sculptor William Edmondson 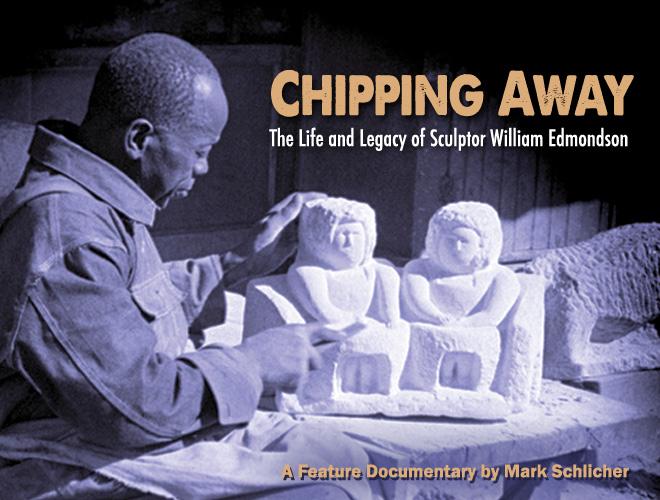 In 1937, William Edmondson became the first African American to earn a solo exhibit at New York's prestigious Museum of Modern Art, just a couple of years after Pablo Picasso was first shown. The 62 year old retired janitor-turned-tombstone carver was an unlikely choice, in an unlikely time and place--the American South during the Jim Crow era of segregation. But Edmondson was gifted, tireless, and faithful.

Edmondson’s story is a story of inspiration, determination, and hard work. And It’s a story of friendships…friendships that crossed the color line at a time of rigid racial division in America.

William Edmondson, inspired by what he described as divine visions, was nearly 60 years old when he began to carve limestone in a backyard workshop at his Nashville home. He called his figures, which included biblical characters, whimsical animals and community heroes, "miracles I can do."  His strong, straightforward, yet subtle forms beguiled the modernists' eye. Yet, his fame was fleeting and he died in obscurity just a few years later. Today, his "miracles" are highly prized by collectors and continue to inspire new generations of artists.

Chipping Away: The Life and Legacy of Sculptor William Edmondson" brings his remarkable story to life, combining original research, interviews and rare archival images, including the only known motion picture footage of the artist at work. Interviews include respected art historians David. C. Driskell and Jennifer Marshall, historian Bobby L. Lovett, and legendary journalist, the late John Seigenthaler, as well as some of the few living individuals who knew William Edmondson personally.

Our research and filming are nearly complete, and we urgently need donations to help us with the costs of editing, sound design, and licensing of images and music. Please consider a generous donation of $500, $100, or $50. Every donation, no matter how small, is needed and appreciated!