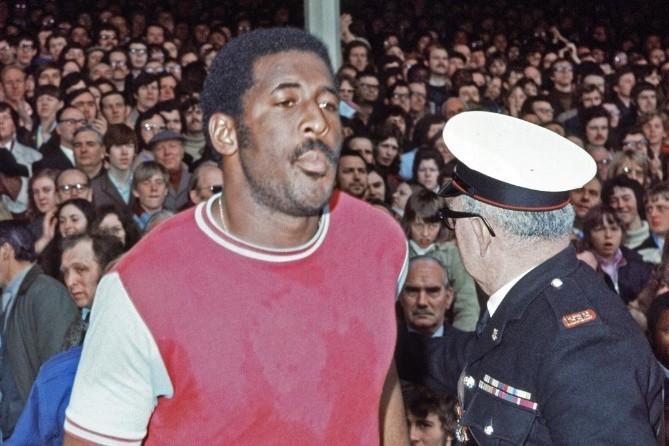 The Clyde Best Story is a first-hand look at overcoming racial discrimination in sport through the lens of a barrier-breaking player. Clyde Best, known as “the first Black role model in English football,” is a Bermudian native who played 221 games for West Ham United Football Club from 1968-1976, scoring 58 goals as a striker, and in the process became one of the trailblazing non-white football (soccer) players in the 1970s. Following his English career, Best was one of the high profile athletes brought to the United States to grow the sport stateside in the North American Soccer League. He scored over 50 goals for the Tampa Bay Rowdies and the Portland Timbers, and faced off against high profile athletes including Pelé, efforts which created the first generation of American soccer fans.

Recruited from Bermuda at age 17, Clyde Best's journey to athletic success was turbulent - as one of the first Black athletes to play First Division Football, he faced extreme harassment and discrimination, yet shouldered through with excellence and in doing so broke racial barriers that forever improved the sport and opportunities for non-white, non-English athletes. He is a living legend who serves as torchbearer from old world English football all the way to the modern game.

Anchored by an exclusive, intimate interview with Clyde Best himself, and accompanied by a wealth of archival footage, this feature-length biography documentary uses Best’s story as the entry point for a larger narrative about BIPOC individuals in professional athletics, and examines the current state of unfinished equity in the game today.