THE COSMIC ROOM: A Generational Twist on the Cold War That Never Ended 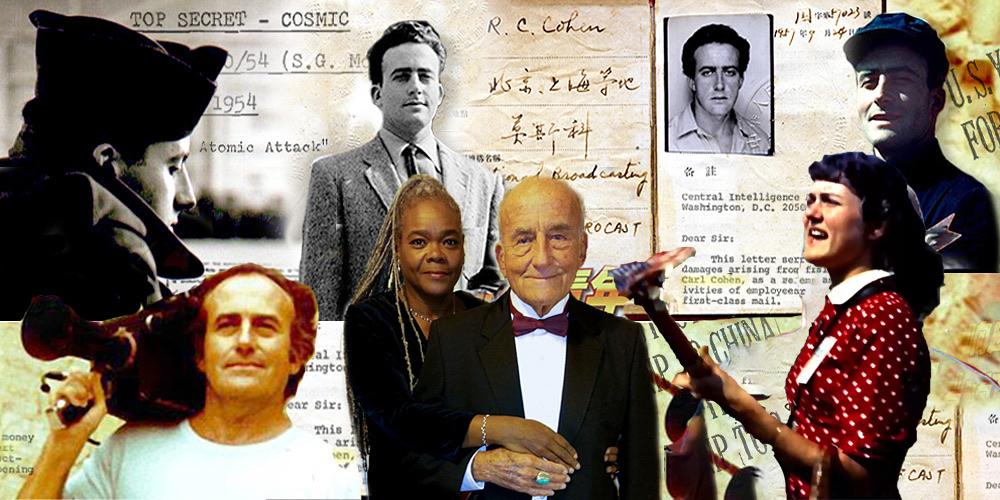 When Bob Cohen failed to qualify for a student deferment in 1954, the US Army had no idea who they were letting in the door. THE COSMIC ROOM is about Bob's accidental discovery of a top-secret NATO plan to annihilate the world and how this unthinkable prospect overturned his life. Giving up on the army, he joined the international youth festival in Moscow, followed by two months inside Red China, filming. Ever in search of truth and humanity, Bob’s lifelong quest to forbidden places and enemy nations began. Recently he helped produce a 12-hour series for Chinese television, retracing his journey in 1957.

Built around master interviews, personal archives, and the massive paper trail created by intelligence agencies hot on his trail, THE COSMIC ROOM is Bob’s odyssey in pursuit of worldwide peace, workers’ rights and occasional psychedelic moments. While his journey is global, back on the home front his wife Kim recalls the profound impact Cold War policies – real or imagined – had on ordinary lives.

THE COSMIC ROOM transports us to the edges of 20th century American norms, revealing unexpected encounters, political secrets and misinformation that came to define the accidental life of Robert Carl Cohen.