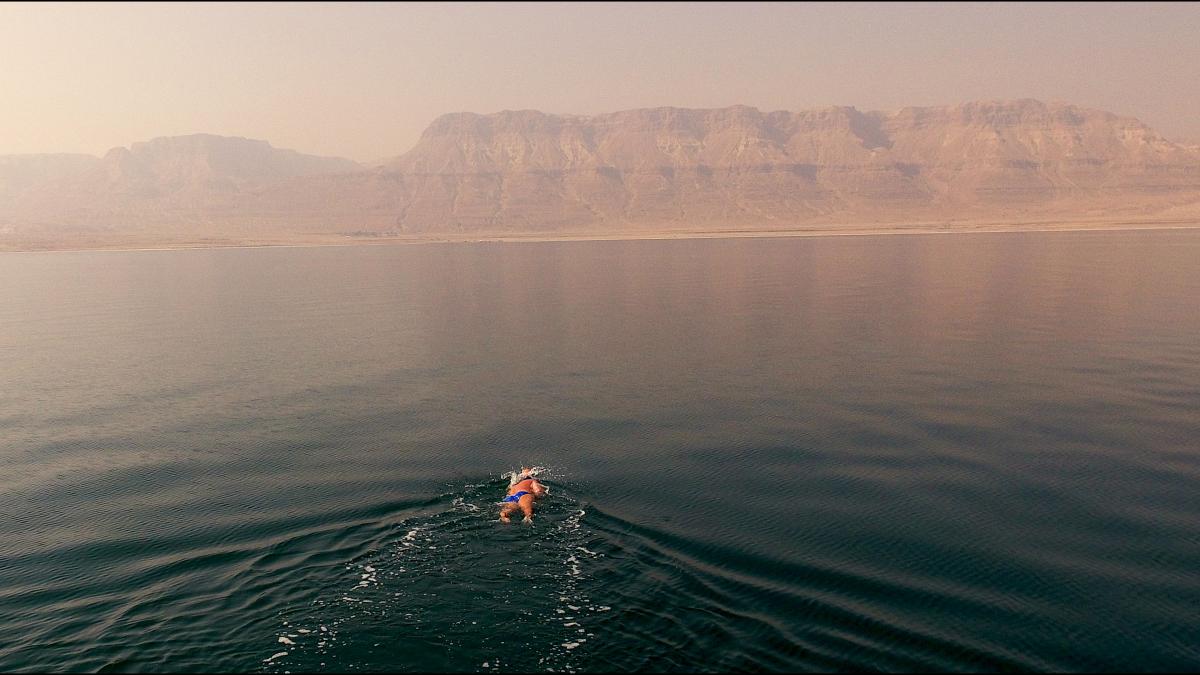 The Dead Sea, a transboundary water body - shared by Israelis, Jordanians and Palestinians - is a unique salt-lake, known for its exceptional geographical, biological, and historical value, and is the lowest point on Earth.  Tragically, the Dead Sea is drying up, causing widespread damage, including huge sinkholes, abandoned beaches and collapsing roads.  This is not an act of nature. This is due to overconsumption and poor water management.  If action is not taken soon, very little of the Dead Sea will remain.  In a region of ongoing conflict, troubled politics and destructive economics, natural resources have been exhausted and are urgently signaling their demise. To save the Dead Sea, the surrounding countries must work together.  Three people – a Jordanian, an Israeli and a Palestinian - feel they cannot just stand by and do nothing. They decide on a heroic act, an unprecedented, extremely dangerous SWIM across the Dead Sea, from Jordan to Israel, which will draw the world’s attention to the plight of the vanishing Sea. This story can only happen now – when everyone and everything has been brought to their knees – the dying Sea, the water deprived countries, and the people who live along its shores.