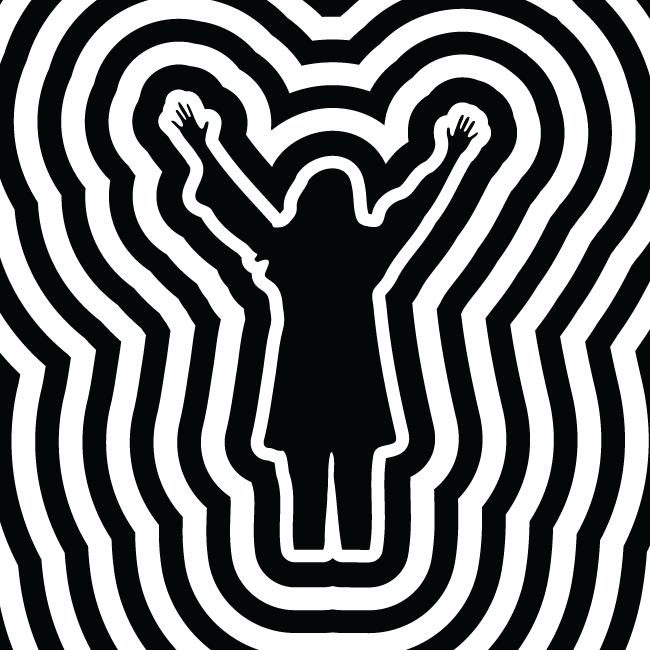 “Echo’s Answer” is a psychedelic reimagining of the life and work of the late Trish Keenan of the experimental electronic band Broadcast.
Although Broadcast recorded five studio albums, toured internationally, and won the approval of tastemakers like BBC DJ John Peel, they did not find much commercial success. However, the popular wisdom about The Velvet Underground applies here: they “didn’t sell many records, but everyone who bought one went out and started a band.”

Unfortunately, Trish Keenan contracted the H1N1 virus while on tour in Australia. This led to her developing pneumonia. After two weeks in the hospital back home in England, Trish died January 14, 2011, at age 42. It is tragic to have lost such an immensely talented artist at such a young age, and even more so one described by interviewer Jonny Trunk thusly: “You couldn’t wish to be in the company of anyone more lovely.”

However, Trish’s, and Broadcast’s, story does not end there. The phrase “Echo’s Answer” is not only the name of one of Broadcast’s songs, but also captures how their influence continues to reverberate through people. Despite never attaining mainstream success, Trish’s legacy lives on through Broadcast’s fans, especially musicians. Graham Coxon, Zooey Deschanel, Paul Weller, Neon Indian, Toro y Moi, and Flying Lotus are just some of the diverse group of artists who cite Trish Keenan as an important inspiration. Although Keenan was taken from us too soon, the enchanting world she created with her art lives on. This feature documentary film will be the “answer” to that echo.