From Heroes to Sentenced 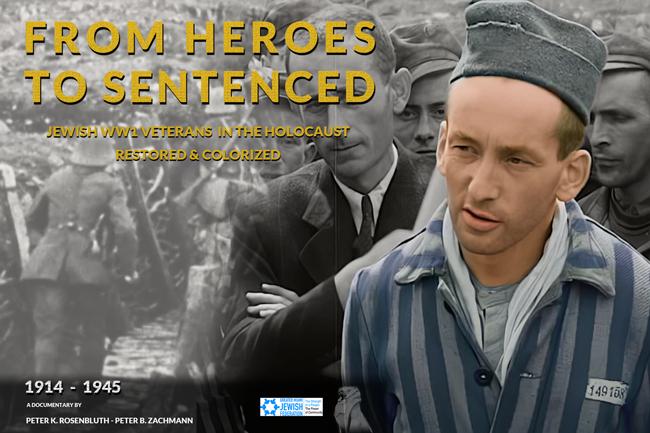 The story of half million Jews who fought for Central Powers, Germany, Austria-Hungary, in the Great War, has yet to be told.

Jews had enjoyed full citizen rights for almost 50 years when World War I broke out in the summer of 1914. These German and Austro-Hungarian born Jews, from all walks of life and degrees of worship, reciprocated their emancipation serving King and Kaiser (Emperor) in trenches, cavalry, Navy and in the air, (in greater proportions than their fellow citizens).

They had more to prove and much to lose. Their unique stories and tragic fates are illustrated in this ground-breaking documentary. Heroes and patriots some killed in combat while others murdered by the Nazi regime barely a generation later. Stories of flying aces such as Wilhelm Frankl’s heroic death and Fritz Beckhardt concentration camp ordeals.

Many stories of the service and fate of these Jewish veterans, never told with details thought lost, are illustrated in rare and unseen WWI and Holocaust footage, restored in unprecedented detail and colourised for effect.
A project that involved thousands of hours of research in numerous Jewish archives and museums.