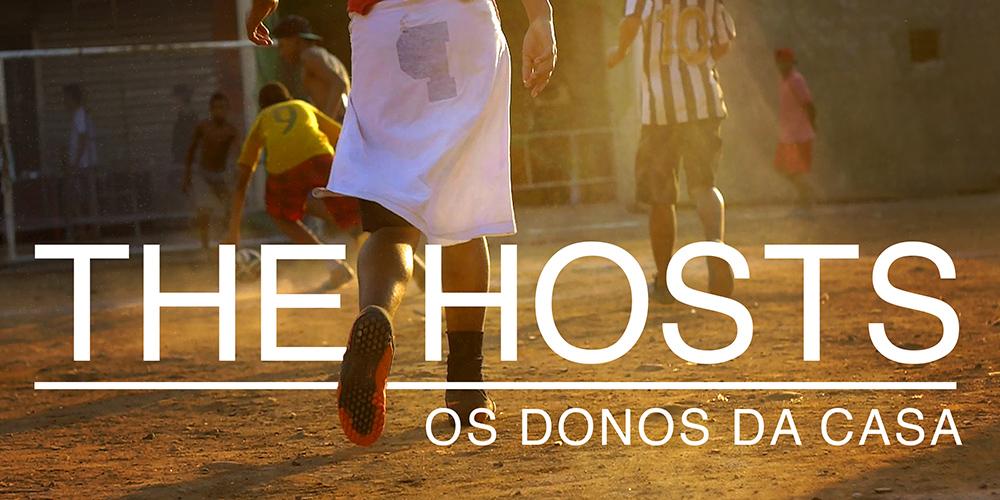 "The Hosts" shows the perspective of five different Brazilians who were affected by the 2014 FIFA World Cup in different ways - from a woman selling street food by the stadiums, to a man who was displaced by construction works. It's a social-political portrayal of Brazilians in this historical time - before, during and after the World Cup - and a commentary on mega-events and their long-term impacts on the host countries. We are invited into each character's life to see the event through their very diverse points-of-view. Protests are violently repressed, people celebrate the goals, and lower-class Brazilians work hard to make as much money as possible. The 7x1 loss strikes the country as a wave and puts an end to the event for most Brazilians. Four years later, we return to each character to better understand how the event changed their lives. This film is not just about the World Cup in Brazil. It is about the ones who stayed after the world left.